Sigfox, the French Internet of Things (IoT) specialist, has lost Raoul Mallart, its chief technology officer, and Vincent Sabot, who ran network operations in France, Germany and Spain, according to reliable sources, as the trend of high-profile executive departures continues at the company.

Mallart left Sigfox at the start of this year, said two sources who have previously shared accurate information with Light Reading about executive developments at the company. He did not respond to an initial LinkedIn approach by Light Reading, but his LinkedIn profile appears to indicate that his employment with Sigfox ended in December last year.

Having joined Sigfox in December 2014, Mallart became the French company's chief technology officer in March 2017. He was formerly the vice president of innovation and intellectual property, according to his LinkedIn profile.

Mallart has been working as an expert for the European Commission's High-Level Expert Group on Artificial Intelligence since June last year, according to LinkedIn.

Vincent Sabot seems to have left Sigfox in late 2018. He joined the company in April 2016 as vice president of Europe organization and operation and had responsibility for "establishing and managing Sigfox channel sales," according to his LinkedIn profile.

At the time of publication, Sabot had not responded to a message enquiring about the circumstances of his departure.

His LinkedIn profile, however, shows that he left Sigfox in October 2018 to become CEO of Lacroix Group, a developer of products and services for smart cities.

Sigfox had not responded to a request for comment on the apparent departures of Mallart and Sabot at the time of publication.

The company witnessed an exodus of top managers in 2017 and 2018, with several quitting after they had clashed on company strategy with Ludovic Le Moan, Sigfox's co-founder and CEO. 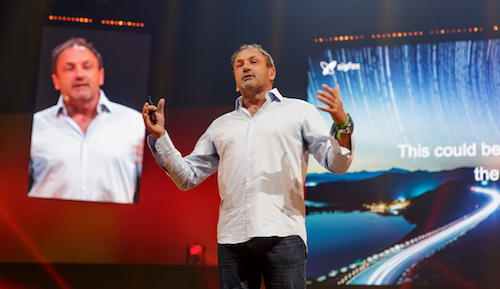 Ludovic Le Moan, Sigfox's co-founder and CEO, is said to have clashed with several former top executives on company strategy.

Founded in 2009, the company has developed a technology that provides connectivity for objects like smart meters and temperature monitors, which consume little bandwidth and require extremely power-efficient, low-cost technology.

While former executives have praised the company's technology, Sigfox has drawn flak for a business model that requires network partners outside France, Germany and Spain -- where Sigfox operates its own networks -- to share a big slice of their revenues with Sigfox. It has also been criticized for trying to expand too quickly into new geographical and industry markets. (See French Toast? Sigfox on Skid Row.)

Others have taken issue with the proprietary nature of Sigfox's technology, arguing this will ultimately lose out to international standards such as NB-IoT and LTE-M, which are now targeting some of the same opportunities.

Still loss-making in 2017, the company had also been aiming for profitability in the fourth quarter of 2018. Having missed earlier fund-raising targets, it had looked in danger of running short of money until it secured a funding prop of 40 million ($46 million) from an existing investor in early 2018, according to a source close to the matter. (See Sigfox Poised to Get 40M Funding Prop  Sources and Sigfox Defies Critics to Raise 150M in Funding.)

"Considering the challenges lying ahead, along with the company's newly disclosed connection numbers, it's difficult to see how Sigfox will compete at the same level as similar low-power wide-area network standards, such as LoRa and NB-IoT," said Lee Ratcliff, a senior principal analyst for connectivity and IoT with IHS Markit, in a blog published in May last year.

Around this time last year, Sigfox said it was aiming for 6 million connections by the end of 2018: It does not appear to have provided an update on connections in recent times.

According to reports in the French press, Sigfox was last year in negotiations about a sale of its German and US networks, which have been a drain on cash. (See Sigfox in the City: 100+ Markets up in the US.)

Barronet-Fruges, Lorrain, Burriez, Junoy and Nicholls all featured on a list of 13 "key people" at Sigfox in an internal presentation Light Reading obtained in 2017.

While it has lost many senior employees, Sigfox has also made several top hires during the same period, including Christian Olivier, who was named president of Sigfox USA in February 2018, and Raoti Chetih, appointed chief adoption officer in mid-2017.

In fact, I have worked for 2 tech startups.  Even in the one that I was part of that I was managing through the sale of the company instead of bankruptcy did not have 33% voluntary turnover.  In fact, that last year of problems we had 1 leave out of 40.  Note the word VOLUNTARY.

Clearly you have never worked in a tech start up. In a normal business this would plain wrong, in a tech start up this is just normal. Just wondering why LightReading only report this kind of boring news on Sigfox, not Ingenu or Semtech?
Reply | Post Message | MESSAGES LIST | START A BOARD

Also note, this report talks about a C-level executive.  Which if you scroll through other articles is reported on regularly at firms both large and small.

Gallis 1/18/2019 | 8:50:49 PM
Is it worth reporting everytime a manager leaves? When you have 400 employees and 40 key employees in a high tech start up (i should call it a grown up now), you are bound to lose 1/3 (12 = 1 per month) every year because some can't stand the pressure, some have other opportunities or some make mistakes and prefer leaving. So potentially you could write an article every quarter with the latest 3 departures & 3 arrivals, which i guess you do with delectation. But is it worth it ? is it that interesting? This is boring & negative journalism just to get some audience. I am sure you can do better than that.

There is so much happening at Sigfox and i would really encourage you to go to the anual Sigfox connect expo to feel the positive vibe and growth of customers and ecosystem partners. Sigfox also has a strong roadmap of highly differentiuated solutions, so please stop comparing to LoRa or Nb-IoT which personally rarely compete with in Australia or New Zealand.

Last, i would praise the Sigfox management team over the past 2 years for making tremendous progress in every aspects of the business. Bringing new blood is compulsory in tech companies to stay fresh, alert and open to new ideas & solutions, and may be you should focus on those areas of the business which are way more interesting than the latest departures.