Staff numbers at US telco giant AT&T and its recently integrated Time Warner subsidiary fell by nearly 11,000 during the first nine months of 2018 amid reports of cutbacks at US call centers and following the loss of around 27,500 jobs in the previous two years.

Last year's cuts, highlighted in a database maintained by Light Reading, represent around 4% of total jobs across AT&T Inc. (NYSE: T) and Time Warner at the end of 2017, and happened as rival carriers T-Mobile US Inc. and Sprint Corp. (NYSE: S) were lobbying hard for a merger that could further decimate the workforce in the US telecom sector. (See Big Telcos Have Slashed 107K Jobs Since 2015.) 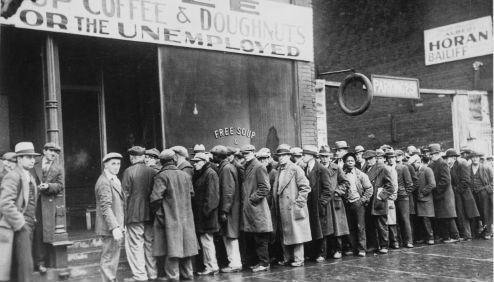 Verizon Communications Inc. (NYSE: VZ), AT&T's chief rival and the other big national carrier, has also been wielding the ax, cutting 3,100 jobs during the first nine months of 2018 after shedding more than 22,000 roles in 2016 and 2017. In October, Verizon was said to have offered 44,000 employees a buyout deal as part of a four-year, $10 billion cost-cutting scheme. The operator had 152,300 workers on its books at the end of September.

Data published by AT&T shows there were 254,000 employees at the company in December 2017, while content giant Time Warner finished that year with 26,000 members of staff, according to filings with the US Securities and Exchange Commission.

Yet following its $85 billion takeover of Time Warner in June last year, AT&T reported overall staff numbers of 269,280 at the end of September, implying a reduction of 10,720 jobs across the two companies in the first nine months of the year. (See AT&T Closes $84B Time Warner Takeover.)

AT&T did not respond to questions about overall headcount at the end of the year or about which departments had seen most of the losses.

But it has been shutting down US call centers, according to mainstream news reports, and either consolidating facilities or moving jobs to lower-cost labor markets such as India, the Philippines and Mexico.

Automation and a consumer preference for online channels are also having an impact on the global telecom workforce as operators replace customer service assistants with so-called "chatbots" and as customers opt for digital tools when buying products and managing services. (See Agents Down: Vodafone's Chatbot & the Jobs Threat and Telenor's Svendsen Has Gut Feeling About AI.)

With more automated networks, operators will in future be able to rely on fewer technicians to maintain their systems. Technologies that are being introduced with the shift to next-generation 5G networks should be able to predict and address faults and traffic congestion without any need for human intervention, according to executives at equipment vendors and software companies that supply telcos. (See Telefónica's 'Pre-Crime' Unit Is Fighting Hurricanes & Sloppy Workmen, Orange Hails AI Progress in 5G With IBM, Nokia and Robot Wars: Telecom's Looming AI Tussle.)

Much of the attrition inside and outside the US has been caused by successive waves of consolidation that have left some of the world's biggest markets with just three or four network operators.

A tie-up between T-Mobile US and Sprint, which secured some regulatory approvals in late 2018, would lead to 30,000 job losses nationwide, according to Communications Workers of America, a trade union that vehemently opposes the merger. (See T-Mobile & Sprint: Marriage made in hell.)

In making a case for the alliance, T-Mobile's parent company Deutsche Telekom AG (NYSE: DT) said its plan "is for the larger company to employ more staff than the previous companies put together." Despite this, it aims to grow its profitability margin (based on earnings before interest, tax, depreciation and amortization) to 45-47% three or four years after the merger, from 40-42% across the two companies in 2018.

Analysts are skeptical of Deutsche Telekom's claim. "The idea of merging two companies without it resulting in redundancies is quite remote," said Bengt Nordström, the CEO of the Northstream consulting business, during an interview with Light Reading late last year. "In theory, it should be one network and one organization. You don't need two core network managers." (See T-Mobile, Sprint Combo Could Threaten German Digitization.)

Together, T-Mobile and Sprint had about 81,000 employees at the end of 2017 and already seem more efficient based on revenues per employee than either AT&T or Verizon.

Unlike AT&T and Verizon, T-Mobile and Sprint have been recruiting staff to support network expansion and turnaround efforts, adding about 3,000 employees in total in 2017.

All of them reduced staff numbers during the first nine months of 2018 except for BT, which added 650 employees during this period, despite announcing plans for 13,000 redundancies in May. (See BT to Slash 8% of Jobs in Efficiency Drive.)

BT was also the only European incumbent to report a fall in revenues per employee in 2017, although it remains more profitable on this measure than in 2015 thanks to its takeover of mobile giant EE in early 2016.