Layoffs were reportedly part of AT&T's year-end plans, though less touted than its employee bonuses.

AT&T Inc. (NYSE: T) has been very enthusiastic about the Republican tax bill that was signed into law right before 2017 came to a close. And as a sign of its appreciation, the company announced on December 20 that it would invest an additional $1 billion in the US in 2018 and pay out a bonus of $1,000 each to more than 200,000 domestic employees.

Unfortunately for some, the happy financial news came with a major caveat. Reports are circling that AT&T also laid off up to 2,000 workers (and maybe more) as 2017 wound to its end.

The news was first reported by the New York Post, which noted that 700 DirecTV technicians got the axe before the holidays. Then the Chicago Tribune chronicled another 600 AT&T employees in the Midwest who were terminated. And finally DSLReports shared information from a source saying that the Southwest was home to another 700 company layoffs. 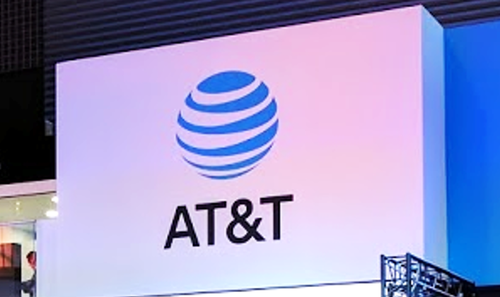 In response to a request for comment by Light Reading, AT&T addressed the layoff reports by citing technology efficiencies that have made certain positions redundant, and by pointing out that some affected employees will be given other jobs within the company.

"Technology improvements are driving higher efficiencies and there are some areas where demand for our legacy services continues to decline, and we're adjusting our workforce in some of those areas," said a company spokesperson. "Many of the affected employees have a job offer guarantee that ensures they'll be offered another job with the company, and we'll work to find other jobs for as many of them as possible. In other cases we may be hiring the same resources in other regions, and employees would be able to transfer."

"For some context, we hired nearly 3,700 employees in Texas in 2016, and over 800 in Missouri," said the spokesperson. "Through November of this year we hired over 2,400 Texas and about 650 in Missouri. And we're currently hiring about 360 more in Texas and nearly 70 more in Missouri."

Still, the reported employee trends as a whole run counter to AT&T's suggestion that a new tax bill would create more jobs. Even if the company is replacing some portion of laid-off workers with new hires, there's no evidence today that the net result is a positive one, and no way to get an exact count of employee changes in either direction.

AT&T said recently in a press release that research shows "every $1 billion in capital invested in the telecom industry creates about 7,000 jobs for American workers." (See AT&T Pledges $1B Capital Investment After Tax Reform.)

However, it's not at all clear that past is prologue in this case. Even if AT&T's spending increases as was promised following the tax bill, new jobs are far from guaranteed. Thanks to those "technology improvements" and the rise of automation, the fate of telecom employees is still precarious indeed.

kq4ym 1/16/2018 | 12:14:45 PM
Re: Bonus round It might be interesting to contrast the 200 million paid out in bonuses to the salaries and benefits conceivably saved from the 2,000 empolyees losing jobs.  I wonder if there's something about long term savings that way outweight the short term bonus money?
Reply | Post Message | MESSAGES LIST | START A BOARD

mendyk 1/4/2018 | 2:20:31 PM
Re: Bonus round Speaking of Sprint, it looks like the Notorious Mr. Combes has landed on his gilded feet (again) -- trading on his curious reputation as a cost-cutter (personal paycheck notwithstanding).
Reply | Post Message | MESSAGES LIST | START A BOARD

curious how many techs (installers?) are subcontractors though. I have seen telecom/utility field workers with out of state license plates.

About layoff, also curious how many got hired back as contractors, although it is less likely (than my former life in the financial service arena) since telecom unions are still alive and would resist such attempts.

When I was a contractor at a Verizon former self (non utility division) decades ago, a lot of my full time colleagues rose thru the rank (the systems district mgr was a lineman!) perhaps they had some "muscle memory" left. These days, they are MBA types who wield their spreadsheets for a promo. I used to feel indignant but perhaps I too mellow out. Look at Sprint, the CFO hinted at some spending and the stock got pounded, even if Softbank owns 80% plus
Reply | Post Message | MESSAGES LIST | START A BOARD

mendyk 1/4/2018 | 8:47:50 AM
Re: Bonus round I'd be surprised if AT&T has a substantial number of DirecTV techs on the payroll. DTV pretty much used contractors for most of its installations for years. There might have been some back-office overlap. Maybe someone inside the company could provide guidance.
Reply | Post Message | MESSAGES LIST | START A BOARD

jbtombes 1/3/2018 | 5:11:36 PM
Re: Bonus round Can't speak to what's happening in Texas or Missouri, but Q317 results showed a loss of about 400k DirecTV subs compared to Q416, so not a big shocker that they may have more satellite techs than they need. Meanwhile (self-install) DirecTV Now has cracked 1m.
Reply | Post Message | MESSAGES LIST | START A BOARD

Phil_Britt 1/3/2018 | 9:52:11 AM
Re: Bonus round Mendyk is right. Bonuses, like "saved" -- only temporarily -- jobs at Carrier plant get all the news, the layoffs treated like a correction at the bottom corner of page 2, even though that news is probably more impactful to many.
Reply | Post Message | MESSAGES LIST | START A BOARD

Come on...I was once flown into a meeting with a previous employer and told we were having a huge (call it 20%) layoff.  I suggested a modest sympathy executive pay cut, when I was screamed at.  The entire point of the layoff was to ensure bonuses.  I mean heck, they only laid off like 1%.  Maybe they needed to fund a Sales Meeting or buy another building to house a new senior executive.