CenturyLink, the fifth-biggest telecom operator in the US by revenues, cut its workforce by 6,000 jobs last year, a reduction that equals about 12% of its entire headcount at the end of 2017.

Recent filings with the US Securities and Exchange Commission indicate that CenturyLink had 45,000 employees on its books in December 2018, down from 51,000 a year earlier.

The operator, which mainly sells telecom services to US business customers, did not provide any explanation for the sharp reduction in its regulatory filing.

But in a statement subsequently emailed to Light Reading, the company said: "CenturyLink is a vibrant global business in the midst of a transformation from telecom to technology leader. Over the course of the last two years, we have reduced redundant positions, as a result of the Level 3 acquisition, and continue to optimize our workforce as a result of our transformation initiatives, all focused on creating a highly differentiated customer experience."

CenturyLink's workforce swelled after its $34 billion acquisition of Level 3, a rival operator, in 2017. At the end of 2016, there were about 40,000 employees at CenturyLink and 12,600 at Level 3, according to regulatory filings.

Then, in May last year, CenturyLink announced plans to cut about 2% of jobs at the combined company, blaming the layoffs on its recent merger activity and the impact of automation.

But the scale of the reduction shown in SEC filings far exceeds this level and as a percentage of the workforce is even bigger than last year's cuts at AT&T and Verizon, the two largest operators in the US market.

While merger activity and the subsequent elimination of overlapping roles explains some of the recent cuts, all three operators are taking advantage of new technologies that allow them to operate with fewer employees.

In the field of customer services, for instance, the last few years have been marked by the introduction of "chatbots" -- artificially intelligent software systems that can answer customer queries by text or voice.

The growing popularity of e-commerce has also reduced the need for sales and support staff in company stores and led to the closure of outlets in some countries.

Automation is now making its presence felt in other parts of the telco business, including network operations. Juniper Networks, a vendor of network technologies, has even coined the expression "the self-driving network" to describe systems that will effectively operate themselves.

It is one of several companies now developing so-called "intent-based" networks that can execute commands issued by a person without requiring that individual to do much programming or technical work.

Kireeti Kompella, Juniper's chief technology officer of engineering, hopes automation will free up staff for different activities but acknowledges there will be a human cost.

"In every industry, there is the side about saving on opex and there is not much we can do," he told Light Reading at last week's AI Net conference in Paris. "We supply the knife and it's up to you whether you cut your bread or stab your neighbor."

The Communications Workers of America, a major trade union group that represents around 12,000 CenturyLink employees, was highly critical of the operator's plans to cut 2% of jobs last year while it was increasing pay for senior management employees.

Nice Work if You Can Find It 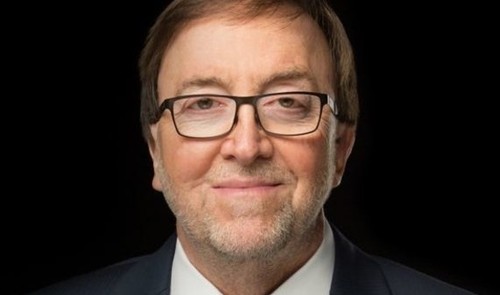 Former CenturyLink CEO Glen Post left the company last year looking forward to a "gold-plated" retirement, according to the Communications Workers of America.

"It's disgraceful," said Lisa Bolton, the vice president of CWA's telecom and technologies sector, in a statement at the time. "Cuts like these devastate working families and the communities that CenturyLink serves. CenturyLink is laying off well-trained, dedicated employees and trying to get by with low-wage contractors while CEO Glen Post looks forward to a gold-plated retirement."

More recently, the union group has expressed concern about a possible merger between T-Mobile and Sprint, the country's third- and fourth-biggest mobile operators, warning it would lead to about 30,000 job losses despite the assurances of Deutsche Telekom, T-Mobile's German parent, that roles would be safe.

"CWA's comprehensive analysis finds that the proposed merger would result in the loss of 30,000 jobs nationwide -- 25,000 jobs as a result of overlapping retail store closures at postpaid and prepaid locations and another 4,500 jobs due to duplicative functions at corporate headquarters," said the group in a statement this week.

European operators have also been cutting jobs but cannot move as quickly as their US counterparts due to the local regulatory environment. Some telecom operator staff in the French and German markets, for instance, still have "civil servant" status that means they cannot easily be laid off.

But there may be growing shareholder pressure on telcos to reduce staff numbers while sales growth remains elusive. If an operator can defend its revenues with fewer employees, then staff cuts may be a route to bigger profits.

Despite sluggish sales growth, most of the big US operators have been able to increase the revenues they generate per employee thanks to headcount reductions.

Nevertheless, CenturyLink's operating profit tumbled to $570 million last year, from about $2 billion in 2017, as operating expenses soared. In its SEC filing, CenturyLink blamed the cost increase mainly on "post-acquisition costs" following the Level 3 takeover and said headcount reductions had helped to offset the impact.

Juniper barely gets to 1 billion in revenue per quarter. This has been the trend for past several years, CEO afte CEO has not been able to improve this trend. Juniper needs to focus on delivering value to its shareholders and STOP coining new terms. Eralier too they had coined "One JUNOS" and "One Network". Is Juniper ever gonna make 1.5 billion a quarter?