Why TeleSign takeover could be game-changer for BICS

Softly spoken and unruffled, Daniel Kurgan, the CEO of BICS, does not seem like a man about to complete one of the most transformative deals in his company's history. But the pending $230 million takeover of a Californian software player called TeleSign could be far more game-changing for the Belgian telco than its price tag implies. (See Eurobites: BICS bags TeleSign for $230M.)

If that takeover goes as planned, it could turn what has essentially been a wholesale pipe provider for telcos into a much more "digital" entity, offering a variety of cloud-based goodies to Internet companies as well as traditional telco clients. It will, in other words, mean catering to new types of customers, providing new types of service and adapting to a completely different business model.

Adaptation is essential. As the international carrier division of Belgian telco incumbent Proximus (formerly Belgacom), BICS is known to mobile operators globally as one of the world's biggest players in the roaming ecosystem. (The BICS acronym stands for Belgacom International Carrier Services.) Like its chief rival Syniverse, it is a vital link between mobile operators in different countries when globetrotting phone users connect to an overseas network. But this business is shrinking unstoppably as wholesale rates are squeezed by competition, regulation and new technologies. In the recent April-to-June quarter, overall BICS revenues shrank 12.9%, to 312 million ($367 million), compared with the year-earlier period.

"How can we offset the irreversible decline with new services or streams for other types of clients?" asked Kurgan rhetorically at a press briefing in London this week. 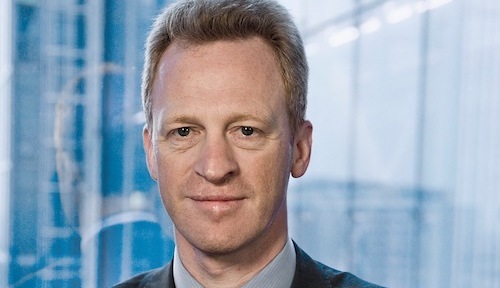 Daniel Kurgan, the CEO of BICS, hopes to offset a sales decline at his mainstream wholesale business through the launch of new digital offerings.

Executing a strategic change of direction has not been straightforward. Much as Syniverse Technologies LLC is doing, BICS has been expanding into markets outside the telco sector and launching new value-added services -- including data analytics, business intelligence, fraud prevention and security offerings -- for existing and prospective customers. Revenues from these services are growing at a double-digit percentage rate, says Kurgan. Yet the increase has not been sufficient to compensate for the slowdown at the mainstream business. Sales and marketing channels to Internet companies have been missing. And BICS has lacked the experience to deal with all their demands. (See As Its Roaming Empire Declines, Syniverse Gets Enterprising .)

These shortcomings mean the acquisition of TeleSign Corp. carries major strategic significance. Founded in 2005, the Californian company has previously specialized in fraud prevention for Internet companies, providing services like two-factor authentication. Today, it supports nine of the top ten websites in the US and 20 of the top 25 globally. As a self-described CPaaS (for communications platform-as-a-service) company, it has the digital DNA that Kurgan craves.

The plan now is to give TeleSign full responsibility for the sales and marketing outreach to Internet companies. With so little overlap between BICS and TeleSign, this seems unlikely to involve too much awkwardness: Of TeleSign's 500 "digital" customers, only five are also customers of BICS, says Kurgan. And while TeleSign is much smaller than BICS in sales terms -- generating about $100 million in annual revenues, next to the 1.46 billion ($1.72 billion) that BICS made last year -- the contrast is less stark when it comes to staff numbers. Including about 250 people whom BICS employs indirectly through an outsourcing company in Ukraine, BICS currently has about 800 workers. TeleSign employs around 300.

While TeleSign will continue to operate as an independent unit within BICS, the takeover could entail some transfer of employees between the two organizations. But there are no plans for major headcount reductions. "This is about growth and development," says Kurgan. "We could have hired staff to develop some things, but now we won't have to because we've got TeleSign." The combination inevitably means that annual revenues per employee will initially drop from about $2.15 million to $1.65 million. But investors will be able to live with that if the deal pays off in other ways.

The degree of success in these digital endeavors will undoubtedly be the yardstick by which Kurgan is measured. BICS' shareholders, which include Proximus (with a 57.6% stake) as well as Swisscom AG (NYSE: SCM) (with 22.4%) and Africa's MTN Group Ltd. (20%), are at least sympathetic to his mainstream plight. "Part of the topline decline is beyond control because termination rates are going down and we are an intermediary," says Kurgan. "Shareholders are telcos and understand this."

Next page: Stopping the rot