Where Is the Elon Musk of Telecom?

The perfume was always going to wear off. I mean, how couldn't it for someone called Elon Musk? He sounds like one of those pricey men's fragrances you see advertised in avant-garde black-and-white commercials full of moody underwear models who seem to be chiseled out of marble. That name is emblazoned in the public consciousness even though hardly anyone owns a Tesla or thinks much about interstellar travel. Apple CEO Tim Cook, whose gadgets are everywhere, just can't compete.

Combine that unforgettable name with some off-the-rails behavior and a Trumpian proclivity for hot-headed, mendacious tweets and you have a hissing cocktail. It finally exploded in this year's frenzy of Twitter messages and bizarre public appearances. After he misled the world about securing the funds needed for a Tesla delisting, Musk was last week driven out of the chairman's job and fined $20 million by the Securities and Exchange Commission (SEC). Additionally, Tesla must also pay a $20 million fine. 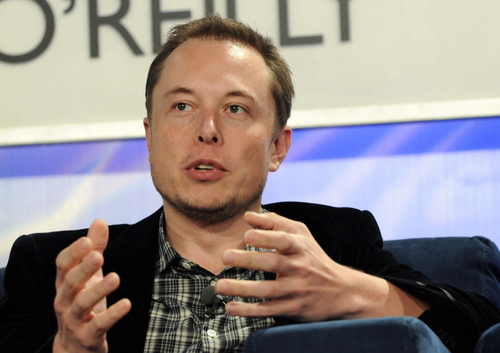 Critics complain the penalty will barely scratch the chassis, notwithstanding reams of negative publicity. Musk gets to keep his job as Tesla's CEO despite his fraudulent antics. The SEC appears to have acknowledged that a harsher punishment would have led to a car crash for Tesla's share price. A driverless Tesla, without Musk in charge, might veer off road. For all its robot factories, its "smartphones on wheels" and the designers behind them, Tesla would be a far less valuable company if Musk were ejected. (See Dope, Booze, Vitriol & Fraud: Tesla's Car Crash Week.)

It is hard to imagine that any CEO's departure in the telecom sector would trigger such upheaval. When bosses quit telcos, share prices are likelier to rise than fall. Take BT Group plc (NYSE: BT; London: BTA), for instance. After shareholder doubts about his management ability forced Gavin Patterson to quit the CEO job in early June, the UK operator's share price gained about 3% the following week. That it did not climb higher speaks volumes. Patterson was a manager, not a visionary; and while no one really mourns the departure of managers, few expect miracles from them in the first place. (See BT Waves Goodbye to Gorgeous Gavin.)

Patterson is certainly not atypical. The telecom sector globally is led by aging white men in grey suits whose main vision is to make it safely through the next quarterly earnings update. For all the hype that surrounds 5G and the "Internet of Things," original thought is a rare commodity in this market. What you have instead are broad categories of telco: The dumb pipe; the smart pipe; the converged operator; the enterprise specialist. Even the supposed innovators, like Iliad (Euronext: ILD) (France), T-Mobile US Inc. and Reliance Jio (India), are just low-cost opportunists unencumbered by old networks and customers. (See Iliad Grabs 1M Customers by Day 50 of Italian Odyssey, How RJio Built India's Most Automated Network and T-Mobile & Sprint: Marriage made in hell.)

That said, a company whose share price yoyos on speculation about its CEO is not necessarily one to envy. Tesla is exciting only because of Musk, say critics, and the world's biggest car companies are now learning from its breakthroughs. Nor is unspectacular but competent management to be sneered at. Ericsson AB (Nasdaq: ERIC), Europe's biggest maker of mobile network equipment, has clawed its way back to profitability (at the operating level) under Börje Ekholm, an unflashy Swede whose vision is simply to focus Ericsson on what Ericsson does best. (See Ericsson Back in Profit After Fierce Cuts & 5G Action.)

We need to talk about Elon
Even so, to anyone who regularly hears the industry lament its shortcomings, the telecom sector could use an Elon Musk. Not the Elon Musk who came unstuck on Twitter and continues to worry some investors, but the one who dreams of colonizing Mars and revolutionizing transport. The one whose confirmation as Tesla's CEO, when the SEC stopped short of forcing him out, appeared responsible for a 17% surge in Tesla's share price on Monday, after it had slumped 13% last Friday.

Perhaps these tics and eccentricities are a part of the package that comes with a visionary. T-Mobile CEO John Legere, the industry's most colorful boss, is no stranger to controversy, with his expletive-ridden digs at bigger rivals. Apple's Steve Jobs, who did for the mobile phone business what Musk could do for the car industry, had his fair share of quirks, too.

Is telecom beyond salvation? Musk did not come from the car industry, and Jobs had no background in phone manufacturing. Their genius was partly to spot the potential for disruption in sectors that had almost frozen over. Transformation, then, came from outside the industry and eventually wiped out the dinosaurs of the phone market. Telcos now face the same external, existential threat with the rise of cloud computing, the "software-ization" of infrastructure and the arrival of technologies that can support a multitude of service providers on a single network. (See NFV 1.0 Is Passé; Cloud Native Is Coming and Europe's Backhaul Black Hole Looms Above 5G.)

So if an Elon Musk were about to burst onto the telecom scene, he or she would probably not arrive in the telco C suite. And if that did happen, the daily grind of managing a heavily regulated, overstaffed leviathan could fast erode any visionary qualities. This is possibly the telco's greatest dilemma. For all the talk of new technologies, and network transformation, service providers acknowledge that attracting talent is their most Herculean task. Any progress they make in the rank and file could mean little without a general who dreams of conquering the world -- of Mars missions and revolutionary services -- and who has the nerve to attempt it.

macemoneta 10/3/2018 | 1:05:53 PM
The Elon Musk of Telecom The Elon Musk of telecom is... Elon Musk. I don't think people fully appreciate the impact StarLink is going to have on the industry.

Do you mean that telecom needs a guy that is likely to go to jail because they tweet a fraudulent take private?

James_B_Crawshaw 10/3/2018 | 6:15:34 AM
CEO worship The telecom industry needs Elon Musk-like figures about as much as I need an additional hole in my head. The gyrations of Tesla's share price around Elon Musk news reflect an extreme version of the cult of the CEO. One individual is unlikely to have a significant long term impact on any large organization. Exceptions, perhaps Jack Welch and Steve Jobs, prove the rule.