Preparing and presenting an earnings report is sometimes about sleight of hand: Dazzle the audience with magic and hope the rickety props go unnoticed. At one extreme is Bernie Ebbers, who bossed WorldCom to broadband stardom before regulators decided he was not so much a magician as an outright fraudster, and slapped him with a 25-year jail sentence for accounting crimes (he entered the Oakdale Federal Correctional Institution about 12 years ago).

Then you have the showmen undone by their honesty. Outside telecom, Gerald Ratner managed an eponymous, low-cost jeweler that was a feature of nearly every British high street in the 1980s. Seemingly tired of the illusionist's routine, Ratner decided to have a go at blunt, stand-up comedy during a presentation in 1991. "People say 'how can you sell this for such a low price?'" he reportedly chuckled. "I say 'because it's total crap.'" Investors weren't so amused. Ratner was fired after his joke triggered a collapse in the company's share price. (His speech was actually delivered at a conference, but the circumstances were similar to those of an earnings call, with investors and journalists present.) 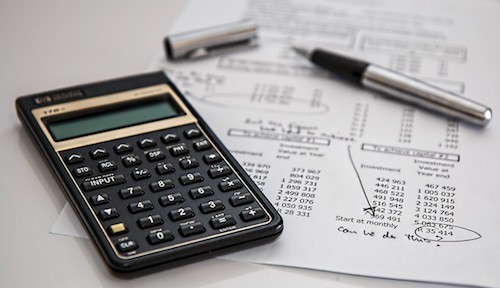 The vast majority of CEOs inside and outside telecom steer a safer path on the right side of the law. But their investment teams have devised a lexicon of financial terms that operators can pull out of the bag when audited numbers don't add up in the desired fashion. While some of this financial jargon is not exclusive to the telecom industry, it has become so commonplace in telco earnings that it warrants inclusion in this second edition of Light Reading's jargonosaurus. (See Telecom Jargonosaurus Part 1: Repeat Offenders.)

James_B_Crawshaw 8/22/2018 | 4:09:32 PM
Earnings reports and jargon I would say that all earnings reports accentuate the positive and obfuscate the negative. My favourite jargon is from a UK retailer that used to talk about investing in gross margin when they actually meant discounting prices. While we are on the topic I thought it interesting that Trump is advocating 6 monthly reporting instead of 3 monthly. There might be some cost savings and it would free time for management to focus on running the business instead of doing investor roadshows. Not often I agree with Mr Trump.
Reply | Post Message | MESSAGES LIST | START A BOARD
EDUCATIONAL RESOURCES
sponsor supplied content
Why Telcos Need to Embrace a Digital Transformation
Educational Resources Archive
More Blogs from Morris Lore
The rise and fall of Telefónica