DALLAS -- AT&T Summit -- In a world where webscale players and startups increasingly raise the stakes of competition, telcos and their enterprise customers have to embrace risk, said speakers at first AT&T Summit.

"We have to be willing to disrupt ourselves before we're disrupted," said John Donovan, CEO of AT&T Communications, in his keynote address to an audience of AT&T's business customers.

In addition to Donovan, speakers like HPE CEO Meg Whitman; Glenn Hutchins, a co-founder of North Island Ventures and a co-founder of Silver Lake; and Doug Parker, chairman and CEO of American Airlines, echoed the need for service providers and enterprises to embrace distruptive technologies and business strategies in navigating their digital transformations.

START SLIDESHOW
Living on the Edge 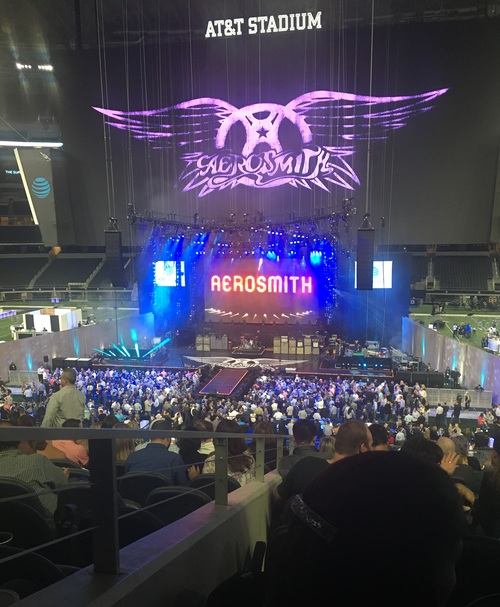 Aerosmith rounded out the AT&T Summit with crowd-pleasing classics like "Livin' on the Edge," "I don't wanna miss a thing," and "Sweet Emotion." Steven Tyler and fellow band members proved age is just a number when it comes performing classic rock.

In addition to the Acumos announcement, AT&T launched a microservices supplier program with IBM, a new all-weather drone that can fly in 40mph winds, expansions to its partnership with Amazon Web Services, and new IoT applications including its smart irrigation solution which utilizies IoT controllers to track water flow and usage on AT&T campuses. AT&T also announced plans to host another Summit on Sept. 25-28, 2018.

For more from the AT&T Summit see: