As Its Roaming Empire Declines, Syniverse Gets Enterprising

To most globetrotting mobile phone users, Syniverse is an unfamiliar name. Yet millions unwittingly rely on its technology.

When a Vodafone UK customer traveling to France ends up on the network of Numericable-SFR, Syniverse Technologies LLC handles the transfer, validates the user's identity and acts as a clearing-house for the transaction. About $18 billion in transaction-related fees sloshes through its systems every year. Fully owned by private equity player The Carlyle Group LLC since 2011, it is undeniably an essential part of the stitching that holds together the fabric of the mobile roaming ecosystem. (See Carlyle Offers $2.6B for Syniverse.)

But during the past few years, the Syniverse stitching has looked increasingly worn. In the recent April-to-June quarter, revenues from mobile transaction services (MTS), which account for about four fifths of the company's total, shrank 5%, to about $156 million, compared with the year-earlier quarter. And they have fallen from as much as $194 million in the same period of 2014.

The decline is forcing the Florida-based firm to look beyond its telco customers and at a range of new digital offerings.

Roaming ruins
The problem with the mainstream business is certainly not one of relevance, as Syniverse plays a key role for almost all of the world's mobile operators. While it is not alone in enabling roaming -- its main international rival is probably BICS, a subsidiary of Belgian telecom incumbent Proximus -- Syniverse claims to have a much bigger footprint than others, especially since its $292 million takeover of Hong Kong-based rival Aicent Inc. in 2014. Today, there are hardly any operators that do not use Syniverse in some capacity, says Mary Clark, the company's chief corporate relations officer and chief of staff, whose air miles account backs up the boast. (See EU Rules Will Trigger Worrying Data Tsunami, Says BICS.)

No Sinecure at Syniverse 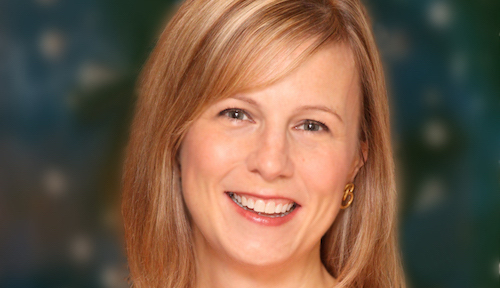 Mary Clark is working hard to restore Syniverse to profitability by targeting new opportunities in the enterprise sector.

Instead, Syniverse has suffered as the roaming business has been squeezed between the twin forces of competition and regulation. "Five years ago it was dropping cash and fabulous margins all the time, but now roaming is more of a cost center" for the mobile operators, says Clark. "So our company has flipped from being on the revenue side to the cost side and we've had to figure out how to pivot." (See Syniverse: Expect a Summer of LTE Roaming.)

Syniverse has clearly not been helped by the European Union decision to scrap roaming charges, which came into effect in June this year. With pricing battles also eating into consumer revenues, the company has had to renegotiate contracts on less favorable terms. Yet Clark is optimistic that most of the pain is now behind Syniverse and that MTS revenues are showing signs of stabilizing.

In the meantime, though, the company's net loss has ballooned from about $6.4 million in the second quarter of 2015 to as much as $16.4 million in the same period this year. Without restructuring, which has recently delivered growth in operating income, the net loss would have been even worse. Staff numbers have been whittled down from more than 2,500 at the end of 2014, following takeover activity, to about 2,200 at the end of June. And a data center migration, along with the successful renegotiation of its data center contracts, has also led to a sharp reduction in costs.

While further restructuring is planned and underway, Clark does not expect headcount to fall much from its current level. The goal now is to power Syniverse back to profitability through sales growth. And with no real sales opportunity left in roaming, Syniverse is turning its attention to a much smaller but fast-growing business it calls enterprise and intelligence services (EIS).

Next page: Chapter and Syniverse