What a mess. TIM (Telecom Italia), beset by challenging financials as well as boardroom battles between Vivendi and hedge fund Elliott Management, has axed its CEO Amos Genish.

The decision was taken in a dramatic dawn boardroom meeting Tuesday. In an official mid-morning announcement, the operator stated that, by a majority vote, the Telecom Italia (TIM) board had decided "to revoke with immediate effect all powers conferred to Director Amos Genish," and handed his responsibilities to chairman Fulvio Conti.

The board will meet again on Sunday November 18 to appoint a new CEO, heralding a new battle of wills between Vivendi, TIM's largest shareholder which had supported Genish (a former Vivendi executive), and the rest of the board, led by activist investor Elliott Management.

The meeting took place only a day after TIM had issued an assurance that it had no plans for an extraordinary board meeting to oust the CEO. (See Telecom Italia denies board meeting plan as Vivendi and Elliott clash over goodwill write-down.) 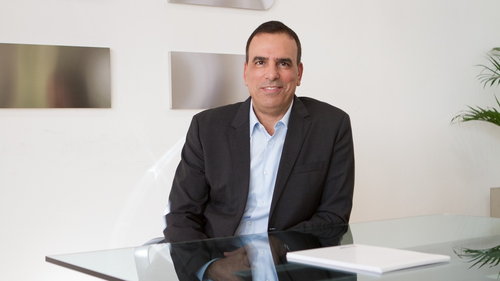 Genish took on the CEO role at TIM in September last year, backed by Vivendi, which at the time appeared to have a firm grip on the Italian operator's strategy and future. (See Vivendi Man Genish Formally Named Telecom Italia CEO.)

But Elliott managed to wrest control of the board in May, though didn't seek to immediately get rid of Genish. (See Telecom Italia Names Genish CEO After Boardroom Battle.)

Now, though, Elliott's patience appears to have run out and, following a series of pessimistic announcements and a significant outlay on 5G spectrum, Genish is out. (See Loss-Making Telecom Italia Casts Doubt Over Debt Target, Italy's $7.6B 5G bonanza puts telcos on the rack, Eurobites: Only 5G Can Save Us Now, Says Telecom Italia CEO and Telecom Italia Plots Layoffs, Slams Unions.)

The move suggests Elliott will seek to install a CEO that will be more aggressive about breaking up the company, a move the activist investor believes will deliver greater "shareholder returns." (See Telecom Italia Says 5G Auction May Force It to Sell Assets.)

The latest turmoil has put further pressure on TIM's share price, which has lost 1.5% in value today and currently stands at 0.52. The operator's share price has lost nearly 29% of its value this calendar year.

UPDATE: TIM has followed up the sacking of its CEO with a public rant aimed at Vivendi and reporters covering the saga -- see TIM Hits Out at Vivendi.