Telecom Italia chairman Fulvio Conti has lashed out at Vivendi after the French shareholder reportedly accused him of failing to represent the interests of all investors.

The Italian operator is currently riven by a dispute between Vivendi, which owns a 24% stake in the company, and an activist hedge fund called Elliott Advisors, with a 9% stake.

Vivendi lost board control of Telecom Italia (TIM) last May following a shareholder vote, and Conti, who is backed by Elliott, is said to have resisted the French media giant's recent calls for a new vote on board membership.

In December, Vivendi accused five Elliott-backed board members, including Conti, of showing "a substantial lack of independence and disrespect for the most basic and fundamental corporate governance rules." It wants these board members replaced with five of its own choosing.

Vivendi is now said to have charged Conti with "absurd time-wasting tactics," according to a report from the UK's Times newspaper, and said: "The chairman feels he no longer represents Telecom's shareholders as a whole and is therefore trying to avoid a democratic vote."

In a lengthy statement distributed via email, Conti said: "I work in the interest of all shareholders, and by respecting the shareholder with 24% I cannot neglect to take into account the remaining 76%."

"If Vivendi has at heart the rules of a democratic vote, it will have to await the convening of the shareholders meeting which will be deliberated by the next board of directors on January 14," he added. 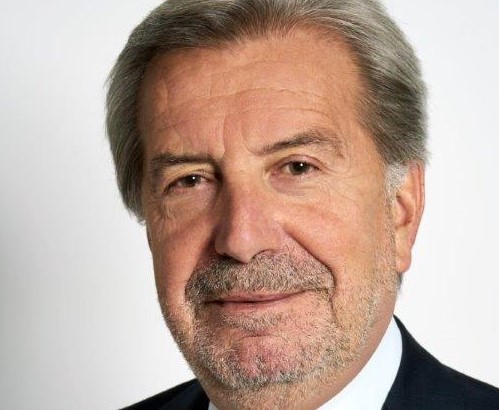 Telecom Italia (TIM) chairman Fulvio Conti: "I work in the interest of all shareholders."

The dispute between Vivendi and Elliott centers on a disagreement over the strategy the telecom operator should pursue. (See Telecom Italia Caught in Clash of Clans While Rome Burns and Telecom Italia Molders as Shareholders Feud.)

Elliott appears keen for Telecom Italia to spin off its fixed-line network to lighten its debts. Allies in the Italian government are apparently interested in merging these assets with Open Fiber, a state-backed operator building a wholesale broadband network across the country. (See Telecom Italia to Spin Off Fixed Lines, Increase Automation.)

Vivendi is understood to be less enthusiastic about a spin-off and determined to retain control of fixed-line infrastructure. (See Telecom Italia Drama: What Is Vivendi Up To?)

The shareholder battle has led to uncertainty and management upheaval at the Italian incumbent, which recently appointed its fifth CEO since 2012. Previously a chief financial officer at Telecom Italia, Luigi Gubitosi in November replaced Vivendi-backed Amos Genish, who was ousted in dramatic style while away on business after incurring the displeasure of Elliott. (See Telecom Italia Ousts Its CEO.)

The dispute remains a huge distraction from a series of operational and commercial challenges that now face Telecom Italia. Already one of Europe's most indebted telecom incumbents, it splurged 2.4 billion (US$2.8 billion, at today's exchange rate) on new 5G spectrum licenses in October amid aggressive competition in the Italian mobile phone market. (See Italy's $7.6B 5G bonanza puts telcos on the rack and Iliad Grabs 1M Customers by Day 50 of Italian Odyssey.)

As well as dealing with challenges in the fixed and mobile markets, the operator is also trying to modernize its business with the introduction of new digital technologies that are expected to reduce headcount. Telecom Italia has already cut nearly 7,000 jobs since the end of 2015, giving it about 59,000 employees at the end of last year. (See AT&T, Time Warner Shed 11K Workers in First 9 Months of 2018.)

Besides Conti, Vivendi has demanded the replacement of Alfredo Altavilla, Massimo Ferrari, Dante Roscini and Paola Giannotti de Ponti as board members.