Under investigation for insider trading, and about as loved as a wet Monday morning by some former employees, Proximus ex-boss Dominique Leroy suddenly finds herself jobless.

But in a short announcement today, KPN said it had withdrawn Leroy's appointment while Belgian authorities continue to investigate her suspicious sale of Proximus shares just weeks before she quit her job. KPN's share price opened 2% down in Amsterdam after the announcement was made.

The last-minute rejection caps a bad few weeks for Leroy. She was supposed to remain at Proximus until December but was forced out of the door sooner than planned amid staff protests. Employees reportedly went on strike complaining that a demob-happy Leroy would have no genuine interest in negotiations about wages and job security. In January, Leroy had warned that about 1,900 jobs might disappear in the next three years because of "digital transformation." Proximus currently employs about 13,000 people.

She could probably have coped with the unpopularity, but a formal investigation by Belgian authorities will be harder to live down. It's serious enough for investigators to have carried out home and office raids, as previously confirmed to Light Reading by Proximus. "At this point we can only confirm that a search has taken place yesterday in Miss Leroy's office inside the Proximus building in Brussels," said a spokesperson for the operator on September 20. "Miss Leroy has confirmed to press agency Belga that a search has also taken place at her home address."

Leroy made exactly 285,342.40 ($311,702.33) from selling shares in the summer. The question is whether she did so having already decided to leave Proximus, a move she must have known would trigger a fall in the share price. In a public statement that appeared on the Proximus website, she previously denied any wrongdoing and expressed "regret" about the affair. 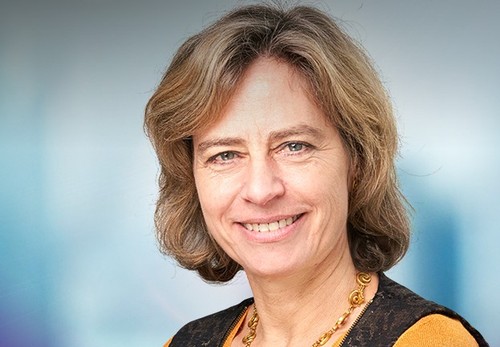 Dominique Leroy was about to swap one telco CEO post for another, but now needs to look for a new employer.
For all the latest news from the wireless networking and services sector, check out our dedicated mobile content channel here on Light Reading.

But it was all too much for KPN, which could hardly appoint a CEO facing possible criminal charges. Instead, Joost Farwerck, KPN's chief operating officer, will man the breach until a permanent solution can be found.

Telecom executives are like soccer managers, leaving one club or company only to pop up at a rival weeks later. Leroy's re-emergence will remain in doubt until the Belgian investigation has run its course.

For KPN's employees, the new boss is likely to be the same as the nearly boss. Maximo Ibarra, who announced earlier this year that he was leaving at the end of September (today!) to join Sky Italia, had been shrinking the headcount at KPN, which finished last year with just 12,431 employees, 12% fewer than it had in 2015. That trend is not likely to reverse under the temporary tenure of Farwerck or under the next CEO: A weak sales outlook and the same digital challenges that face Proximus mean further cuts seem inevitable.