BT in Talks With Worldpay's Jansen About CEO Job  Reports

BT is trying to persuade Worldpay boss Philip Jansen to become its next CEO, replacing Gavin Patterson at the helm of the embattled UK phone incumbent, according to reports originating with Sky News.

Jansen, who has not previously been linked with the role, is now said to be the preferred candidate for the CEO job and is expected to accept it, according to unidentified sources who spoke with Sky.

Should he do so, BT Group plc (NYSE: BT; London: BTA) is likely to make an announcement about his succession in the next month, Sky reports. 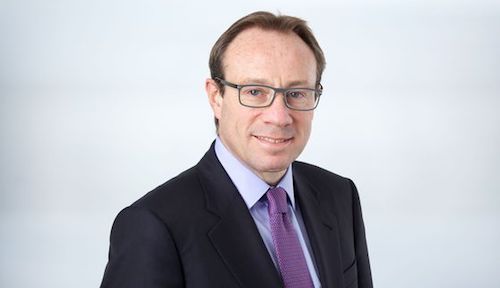 The UK operator has been on the lookout for a new CEO ever since Patterson tendered his resignation in June under pressure from shareholders disappointed with BT's recent performance. (See BT Waves Goodbye to Gorgeous Gavin.)

Battered by an accounting scandal in Italy, weak conditions in some international markets and a mixture of competition and regulation at home, BT has watched its share price drop 42% in the past two years.

The company was recently said to have approached Stephen Carter, the boss of UK events company Informa plc (and the owner of Light Reading), about succeeding Patterson, with reports at the time suggesting Carter had no interest in the job. (See Eurobites: 'Get Carter!' Says BT's Board  Report.)

Another who has been repeatedly linked with the role is Olaf Swantee, the CEO of Swiss telco Sunrise Communications AG and the former CEO of EE, the mobile operator that BT acquired in early 2016. Outside BT Group, other possible candidates have included Liv Garfield, CEO of water company Severn Trent (and a former BT executive), Tele2 AB (Nasdaq: TLTO) CEO Allison Kirkby, Dominique Leroy, the boss of Belgian telecom incumbent Proximus, and Ronan Dunne, who was the CEO of BT rival Telefónica UK Ltd. before taking up his current job as head of Verizon Wireless in the US. (See BT's Next CEO: The Candidates and BT's Next CEO: Odds Lengthen on Garfield, Swantee New Favorite.)

Earlier this month, Dunne was reported to have held discussions with BT during a recent trip to the UK.

However, BT chairman Jan du Plessis is apparently keen to recruit somebody from outside the industry who can bring a fresh perspective to the business, according to Sky's sources.

Jansen would not be a communications services sector novice, having spent time as the managing director of Telewest Communications, a British cable operator that today forms a part of the Virgin Media Inc. (Nasdaq: VMED) empire.

Since 2013 he has led Worldpay, a payment processing company, although since January this year the CEO job at the company has been split between Jansen and Charles Drucker.

Sky's report that Jansen could join BT came days after he indicated he would leave Worldpay at the end of the year following the completion of its merger with Vantiv.

"As planned, with the completion of the initial phase of the integration, now is the right time for the company to transition to having a single CEO lead the business," said Jansen in a published statement.

Jansen would immediately have his hands full at BT. The operator is trying to reach agreement with government authorities on a plan to extend high-speed, all-fiber broadband connections to about 10 million UK properties by the mid-2020s. It is also wrestling with a huge pension deficit and has just embarked on a redundancy program that will claim about 13,000 back-office and mid-tier management jobs -- about 12% of total headcount at the end of March. (See BT: It's Good to Talk About Profits, but Not Customers.)

The Worldpay executive was previously linked with the BT CEO job in 2004, according to Sky, when he was in charge of holiday group MyTravel. Christopher Bland, then chairman of BT, was reported to have regarded him as a potential recruitment target.