Amazon has abandoned its ambitious plans to build an additional headquarters in the Long Island City section of New York City, the company said in a blog post Thursday. The decision comes as Amazon faced local opposition to the plan.

"For Amazon, the commitment to build a new headquarters requires positive, collaborative relationships with state and local elected officials who will be supportive over the long-term," the company said in a blog post Thursday. While polls show that 70% of New Yorkers support our plans and investment, a number of state and local politicians have made it clear that they oppose our presence and will not work with us to build the type of relationships that are required to go forward with the project we and many others envisioned in Long Island City."

Amazon.com Inc. (Nasdaq: AMZN) says it has more than 5,000 employees in the Brooklyn, Manhattan and Staten Island boroughs of New York City, and plans to continue growing those teams.

The company says it plans not to reopen its HQ2 search "at this time," and will proceed as planned in Northern Virginia and Nashville. 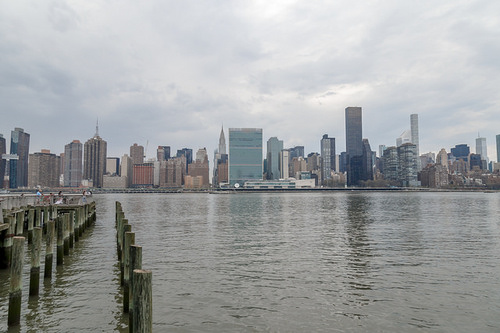 While some local political leaders worked with Amazon on a deal to bring the company headquarters to the city, creating more than 25,000 jobs, others objected to nearly $3 billion in government incentives going to the company.

Meanwhile, both Google (Nasdaq: GOOG) and Apple Inc. (Nasdaq: AAPL) are on multi-billion-dollar capex spending sprees, building data centers and offices around the US to fuel cloud demand. Google announced its latest, big expansion phase Thursday. (See Google to Spend $13B on New Data Centers & Offices in US, Google Doubles Capex to $25.46B, Mostly on Data Centers & Offices, Google Splashes $1B on New York Expansion and Apple to Build $1B Austin Campus & $10B Nationwide Data Center Expansion.)

On Twitter, discussion of Amazon's decision has been brisk:

Wow its almost like it was never a real headquarters to begin with and just a creative way of getting billions of dollars in tax incentives https://t.co/TtQ8cpRI7m

Reminder that Google is buying approximately all the real estate in Manhattan south of 23rd street and its nbd https://t.co/w09c2CmYUg

The city of hustlers got hustled when the worlds richest man got the worlds greatest city to pay him to do what millions do for free: be here.

Here was my @NewYorker essay in which @AOC made the case against Amazons billionaire handout. https://t.co/uxxs9vHmlD pic.twitter.com/aTqTQH7Cl8

Poll of New Yorkers this week on the Amazon deal: 56% support, rising to 70% of African Americans and 81% of Latinos https://t.co/ihk2OqLWYe pic.twitter.com/WDgFkZOzgf

roses are red
violets are blue
hope you didn't buy a condo in queens
ahead of HQ2https://t.co/lt1p7gdezW

Amazon take: Bezos wants juristiction he can push around. He found that in Cuomo/diblasio. Locals with less to gain/more to lose wanted assurance that Amazon wasn't going to leach the area. Clearly Amazon was not willing to fight that battle. Tons of other places will capitulate

When NYC politicians and activists started asking questions about the $3 billion in incentive loot for HQ2, Amazon decided to bail. Will now move forward with more pliant political figures in Nashville and Northern Virginia. https://t.co/sOg73VuFXP

They wont live in NY or pay taxes in NY? What are you talking about? NY just lost $25 billion in tax revenue. Do you have another plan that will create that kind of revenue to pay for our schools, roads, police and subways? https://t.co/SVobevGteY

Remember, this is not a NIMBY thing. Amazon remains absolutely free to open a headquarters in the greatest city in the world. They are choosing not to because we're refusing to bribe them to do it.

I actually put the blame of Amazon leaving squarely on @NYCMayor and @NYGovCuomo . They put together a back room deal without involving local residents or local on the ground politicians. Regardless, the city will do just fine without their second HQ.

It makes very little sense that a company felt in December that it needed 25,000 new positions in a single location and, two months later, it doesn't.