CARY, NC  On a hot and humid morning last week, the Verizon Frontline Response Team gathered in the parking lot outside a local Verizon office building to address a chemical spill emergency. 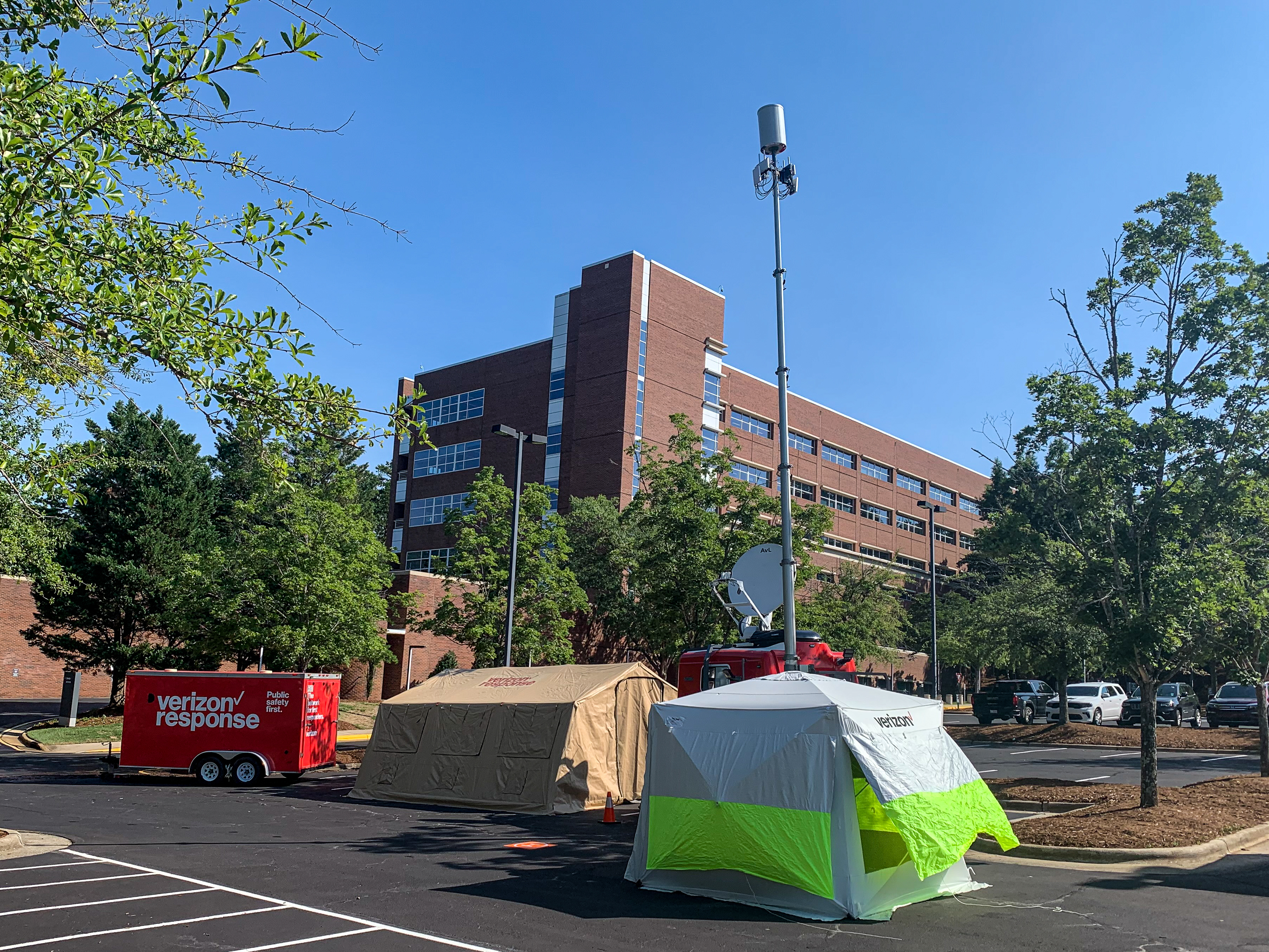 Fortunately, what looked like a jet fuel leak in and around nearby Lake Crabtree from a tanker accident on Interstate 40 was only a drill. Verizon's Cary/Morrisville office location resides close to the Raleigh/Durham International Airport  hence the realistic scenario of a tanker transporting rocket fuel crashing on the nearby highway.

Verizon's Major Emergency Response Incident Team (MERIT) members are required to fulfill 80 to 100 hours a year of training, and this demo provided them with an opportunity to test their skills.

Local firefighters arrived to participate in the drill, gearing up and deploying the hose from the firetruck's ladder. Verizon employees practiced evacuating the building, and Verizon's Response Team suited up in full hazmat gear and oxygen tanks to assess when the building would be habitable again by checking the building's air filters and status of network connectivity services. 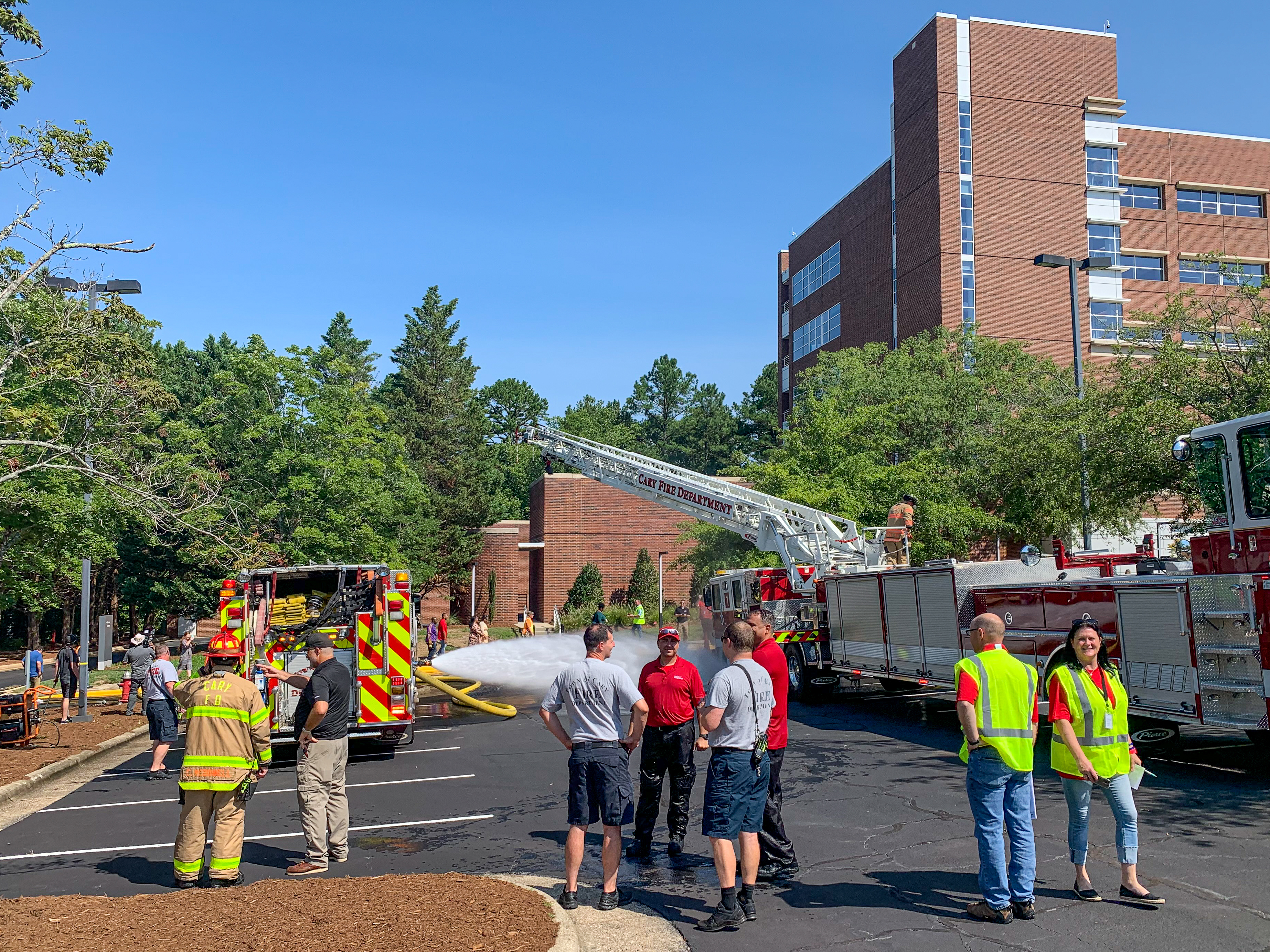 Local firefighters were involved in the drill in coordination with Verizon's MERIT team. (Photo by: Kelsey Ziser, Light Reading.)

In addition to checking on the status of existing network technology, Verizon brings temporary connectivity services such as a mobile cell on wheels unit (COW), satellite phones, radios, a number of Internet access connections and more.

"So think of a situation where you may have cell towers that are damaged, it takes a while to repair them. We can quickly bring these mobile assets in and actually restore communications, which is vital for first responders that are doing life and safety missions," Verizon's Mark Paff told Light Reading during the podcast. 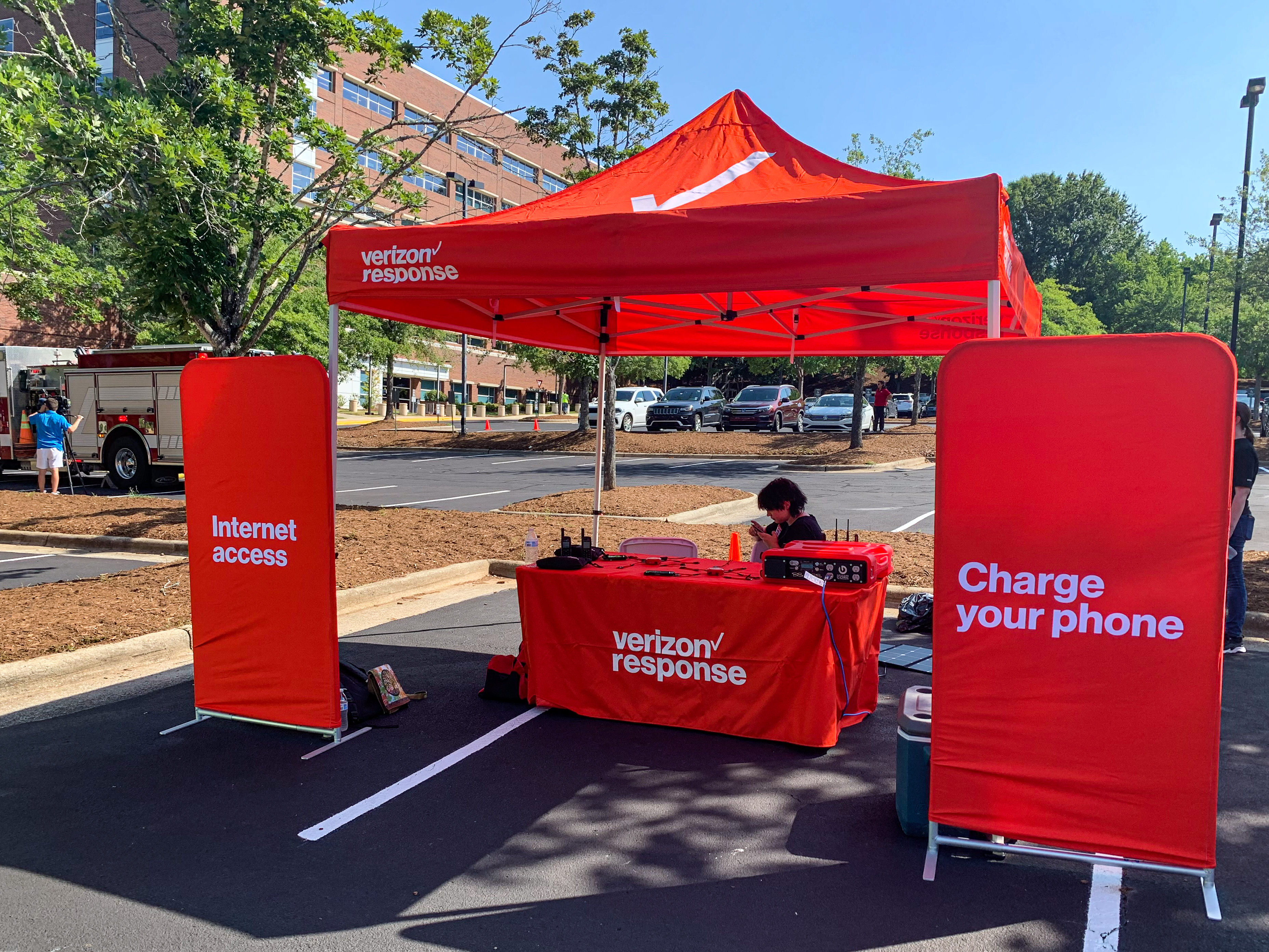 In an actual emergency situation similar to this chemical spill scenario, the MERIT team would likely come in within 24 to 48 hours of the disaster to ventilate the building and let response teams know when it's safe for re-occupancy, Verizon MERIT Lead Kelly Reed told Light Reading.

Verizon's Mark Paff described in detail the service provider's role in emergency response scenarios and explained that Verizon's efforts are "all done in close coordination with the local responders that are setting up that incident command center after the event."

The Verizon Response Team also set up a number of temporary structures and technologies on-site, including drones, an air-conditioned tent, oxygen tank refill stations for firefighters and more. 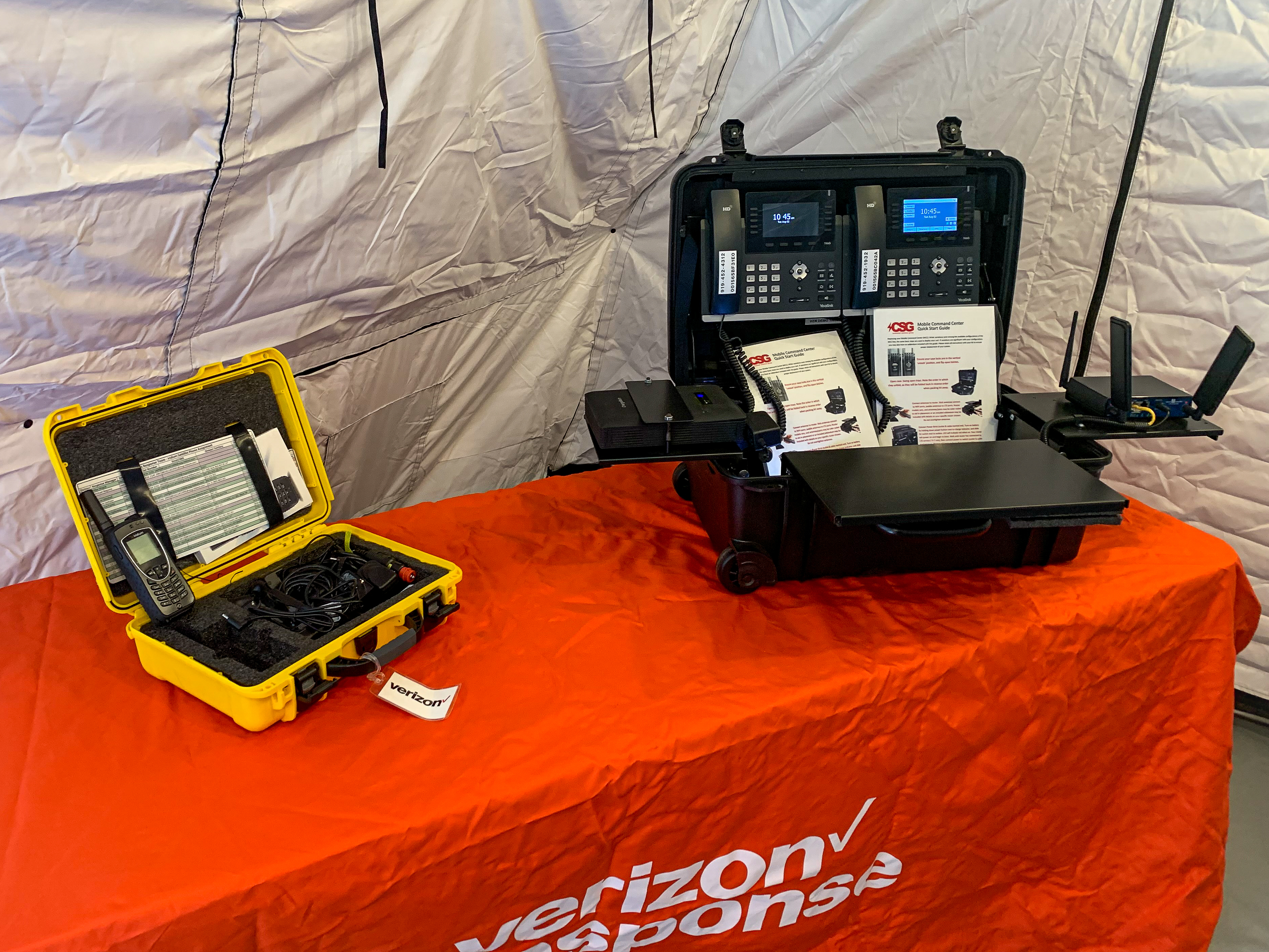 Inside one of Verizon's tents were connectivity equipment such as satellite phones and radio units. (Photo by: Kelsey Ziser, Light Reading.)

"Drones are one [technology used], they are very useful for getting visual situational awareness," said Paff. "Getting really eyes on the situation that may be unsafe, and having our drones provide that intelligence back to us ensures the safety of our responders and our hazmat team going into a situation."

You can download an unedited transcript of the podcast here.