Verizon's fixed wireless access (FWA) business made solid gains in the fourth quarter of 2022 as the company added a better-than-expected 379,000 residential and business customers, extending its grand FWA total to 1.45 million. Analysts were expecting Verizon to add 350,000 FWA subs. 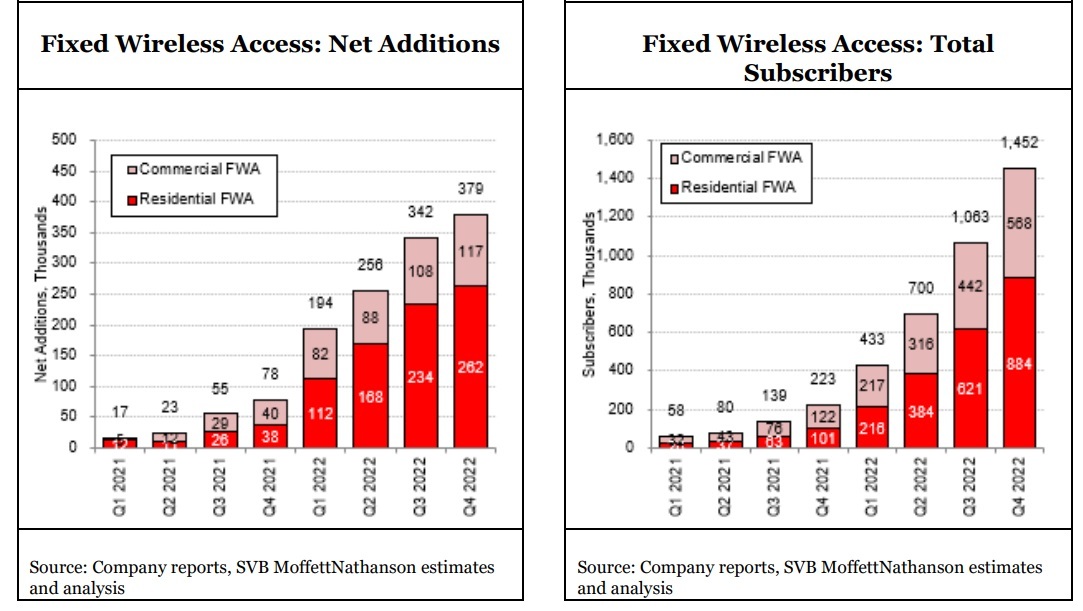 Click here for a larger version of this image.
(Source: SVB MoffettNathanson. Used with permission.)

Verizon FWA coverage is expanding and starting to narrow the gap with T-Mobile, according to an ISI Evercore study released earlier this week. The study found that Verizon's use of C-band spectrum for FWA services, which provides a coveted combo of reach and capacity, is also climbing rapidly.

Speaking on today's earnings call, Verizon CEO Hans Vestberg reiterated guidance that Verizon expects to have between 4 million and 5 million FWA subs by the end of 2025, enabled by its current build and capital plans.

Verizon expects its C-band deployment, which is ahead of a plan to reach 250 million points of presence by the end of 2023, to provide ample capacity for FWA subscriber projections and future bandwidth requirements. Vestberg said the majority of new FWA subs are being added to the company's C-band spectrum.

He also suggested that Verizon could split cells to provide more capacity toward FWA. "But that's very far away from now. We have ample capacity for the guide and much more than that," Vestberg said.

Some analysts are less bullish about Verizon's longer-term FWA prospects with respect to meeting capacity demand as well as the business' broader economics.

Chaplin is also doubtful that Verizon can get an "attractive return on higher spending for FWB [fixed wireless broadband]  the revenue per GB [gigabyte] is likely lower than the cost to manufacture the GB."

Still, FWA "remains Verizon's most promising growth area," according to Craig Moffett, analyst with SVB MoffettNathanson. "Indeed, it remains the most tangible revenue stream from 5G," he said in a research note. 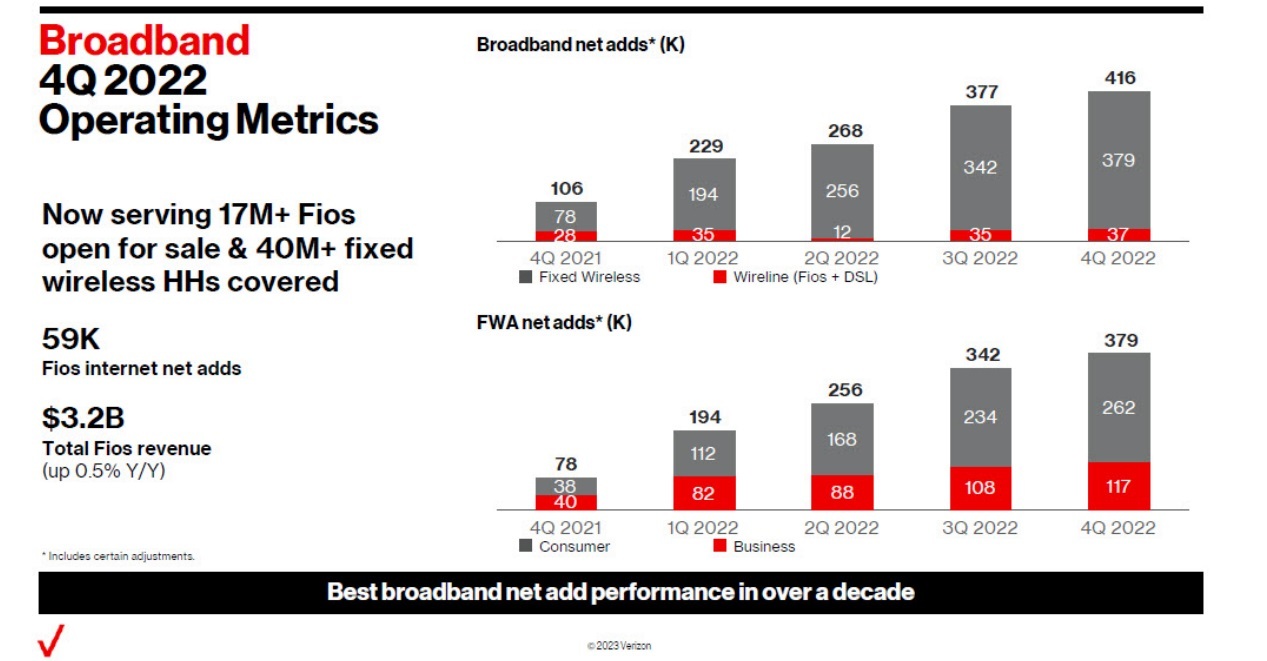 Click here for a larger version of this image.
(Source: Verizon Q4 2022 materials)

The company also met its plan to expand its Fios footprint by 550,000 new locations for all of 2022, ending the year with 17.1 million Fios locations.

"You can expect fiber expansion in the years ahead," Vestberg said.

Verizon shed another 80,000 residential Fios video customers, up from a year-ago loss of 69,000, dropping its grand total to 3.23 million.