Starry's already dim situation got a few shades darker this week amid word the company is laying off another 100 employees and has terminated a deal that was poised to raise up to $100 million.

Starry disclosed in an SEC filing that the workforce reduction, set to take effect on January 23, will cut its workforce by about 24%.

"The decision was based on cost-reduction initiatives intended to reduce operating expenses and allow the Company to focus on serving its existing core markets and customers," Starry said. 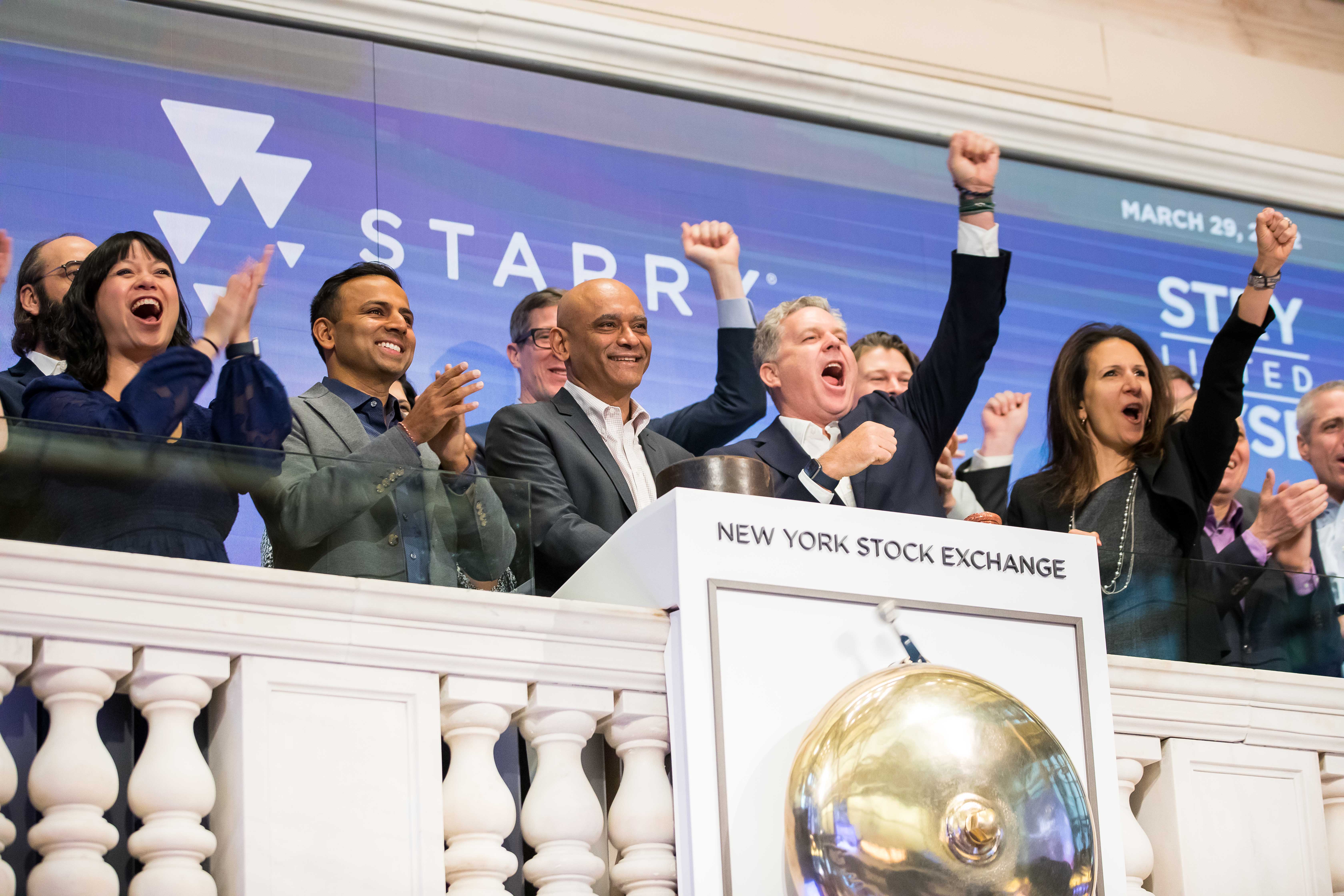 CEO Chet Kanojia and other Starry executives were on hand to ring the bell at the NYSE in March 2022. Nine months later, the NYSE threatened to delist the stock.
(Source: New York Stock Exchange. Used with permission.)

The move adds to other recent cost-cutting measures at the fixed wireless access (FWA) specialist. In October it withdrew from the FCC's Rural Digital Opportunity Fund (RDOF) to conserve cash, laid off about 500 employees – about half its workforce – and halted its market expansions.

Tied in to this most recent layoff, the company said it expects to absorb one-time cash charges of about $800,000 in Q1 2023, in part for severance payments, employee benefits and related costs. Over the next 12 months, Starry expects the job cuts to result in about $12 million in cash operating expense savings.

Starry, which became a publicly traded company last March, also disclosed that a stock-purchase agreement with Cantor Fitzgerald, which would have enabled Starry to raise up to $100 million in capital, has been terminated.

The termination of that agreement follows the New York Stock Exchange's decision to delist Starry's Class A common stock and warrants to purchase shares of Class A Common Stock, which took effect on January 9. The NYSE's initial delisting alert came about after the average closing price of Starry shares fell below $1 each over a consecutive 30-trading-day period. At one point, Starry considered appealing the NYSE's decision.

"Prior to termination, no sales had been made under the Purchase Agreement," Starry told the FCC.

Last month, Starry struck an amended and restated credit agreement with lenders that provides interim loan financing of more than $11 million. The agreement also puts Starry in position to access additional financing "through an uncommitted accordion debt basket of additional loans of up to $30 million."

All of this activity follows Starry's hiring of PJT Partners last fall to advise it on areas such as M&A, raising capital and the possibility of selling part or all of the company.