The main criteria broadband consumers use when choosing an Internet service provider (ISP) is price, according to findings in a new report from JD Power on residential customers' satisfaction with ISPs.

The 2022 study was conducted between November 2021 and August 2022 and is based on responses from 22,945 broadband customers. JD Power measures customer satisfaction in five areas: performance and reliability; cost; communications and promotions; billing; and customer service.

While price is the primary driver for selecting a service, performance and reliability is the top predictor for customer satisfaction, according to 58% of respondents.

JD Power also ranks provider satisfaction scores by region (scores are out of 1,000). Here are the providers that ranked highest and lowest in each: 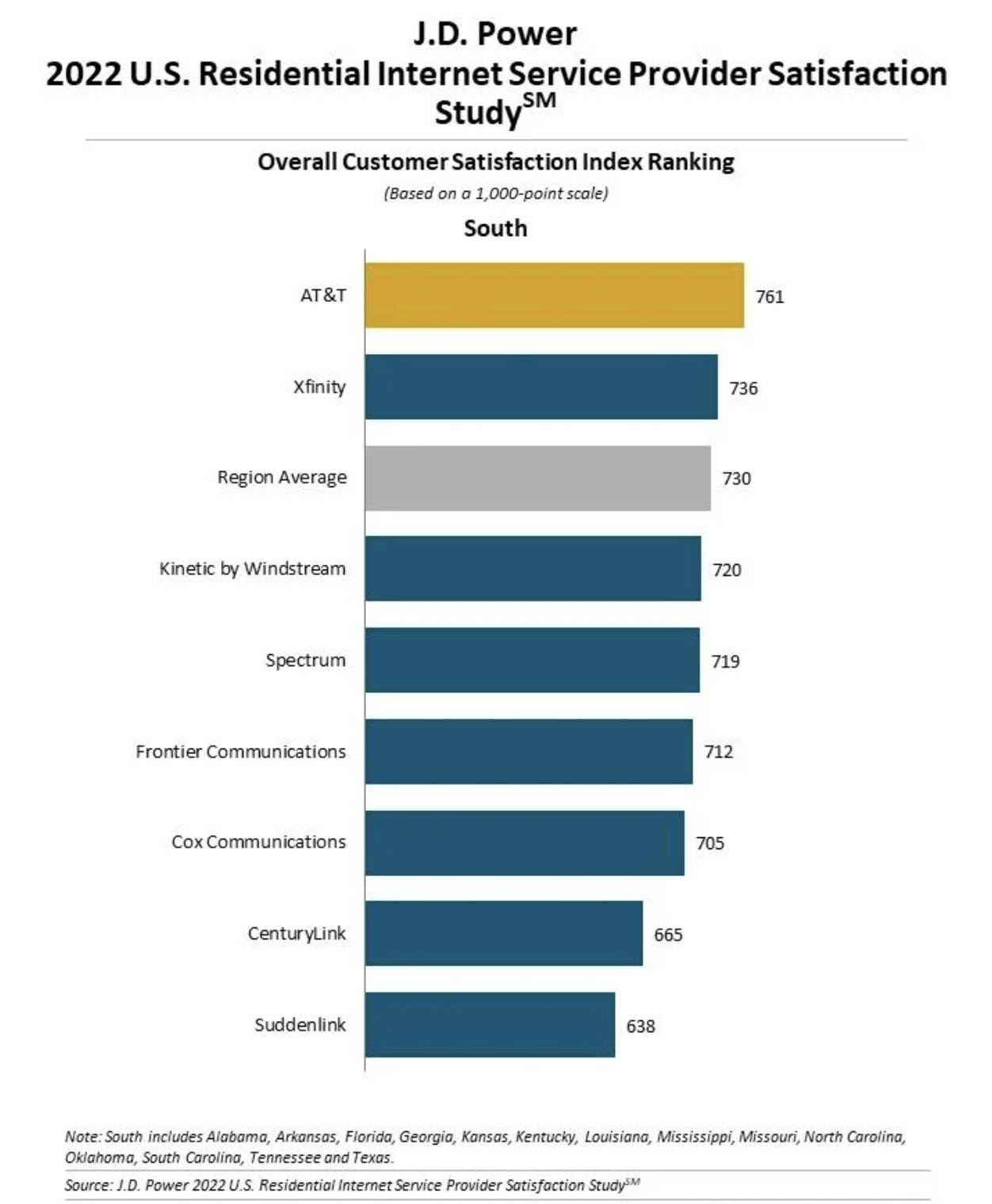 The South is the only region where ISPs increased overall customer satisfaction scores.
(Source: JD Power via the 2022 US Residential Internet Service Provider Satisfaction Study)

Zooming out, JD Power's data shows Cox Communications, Frontier and Spectrum ranking below average in all four regions. AT&T, which serves three of the four regions, received above-average scores in each.

Overall, satisfaction is down in three of the four regions, with only the South improving its customer scores since last year's survey.

"With customers being least satisfied with cost of service, a consistent experience at a reasonable price is table stakes for providerseach outage or other problem causes a customer to review that price-driven choice for real value," said Ian Greenblatt, managing director at JD Power.

Any price too much for some

Another recent study has shed light on how the price of broadband impacts consumers' decisions  this one from the perspective of non-subscribers.

According to findings shared by the National Telecommunications and Information Administration (NTIA), cost is an "essential part of increasing Internet adoption."

NTIA found that, of those not taking Internet service because it's too expensive, roughly 5 million respondents said they would subscribe to a service costing between $1-$10 per month. "Overall, while reduced monthly service costs could attract some number of offline households (including nearly half of those in the 'too expensive' group), many more indicated that they could not or would not pay any amount," said NTIA.

While NTIA suggests that many in the "no interest" crowd may lack digital skills or face accessibility issues, the agency also notes that service cost is still likely a meaningful hurdle for this group, as they have "significantly lower family incomes than their home Internet-using counterparts."