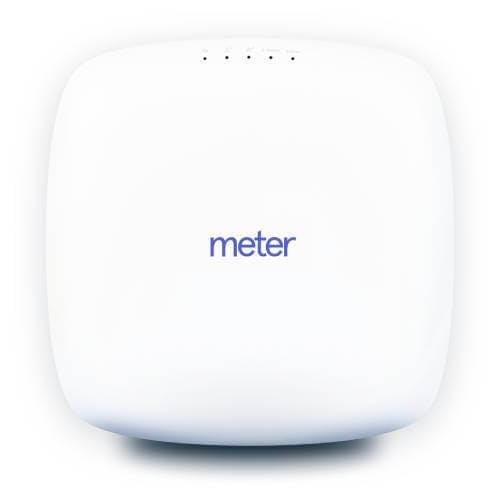 Setting up commercial office space has gotten easier in the last decade, with cloud hosting providers like Amazon Web Services (AWS) removing the pressure of hosting in-house data centers. The same can't be said of setting up and running Internet networks, an onerous process involving sourcing third-party network vendors and service providers, and then managing that network setup in house.

"Companies are used to just going to AWS saying I want a bunch of servers ... but there's not that equivalent for local infrastructure at all," said Anil Varanasi, co-founder and CEO of Meter, in a conversation with Light Reading. "We just think spaces should come with Internet infrastructure."

Meter, a startup founded in 2015, has been working on that. Meter was created by two brothers, Anil and Sunil Varanasi. They first started a network infrastructure company while attending school at George Mason University in Virginia but eventually realized something was missing: vertical integration. 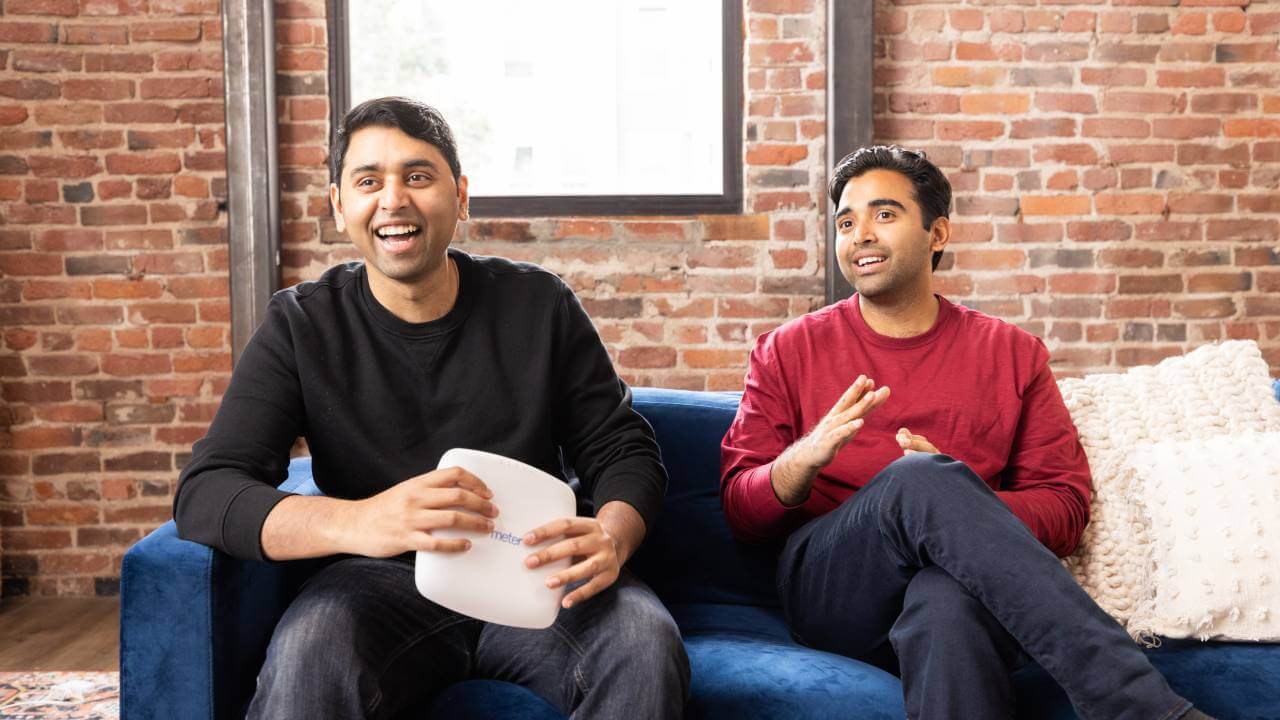 "One of the big issues that I think AWS solves, but nobody has solved with local infrastructure, is it all being integrated together," said Anil Varanasi.

That led the brothers to start working on Meter, which they first took to China in order to source parts before coming back to the US in 2016.

The team spent their first six years on research and development, "writing operating systems, firmware, building hardware, all of it," said Varanasi. With the COVID-19 pandemic placing an emphasis on the need for Internet everywhere, Meter then started reaching out to customers two years ago and recently raised $38 million in a series B round led by Sequoia Capital.

With that funding in hand, the company aims to make it "really simple for any business to get great Internet infrastructure," said Varanasi. A full-stack solution, Meter sets itself apart from network technology vendors like Cisco because it handles the experience end-to-end, including hardware, software and operations.

"Just give us an address and a floor plan. We handle it all," said Varanasi.

That starts with Meter doing the work of determining the best ISP for the space and negotiating rates, and then deploying and managing their own hardware and software to deliver Internet service. The company will even offer to buy back existing network hardware from new customers. "We make a better product that's entirely vertically integrated, from ISPs to routing, switching, wireless – and then we manage it similar to AWS," he said. 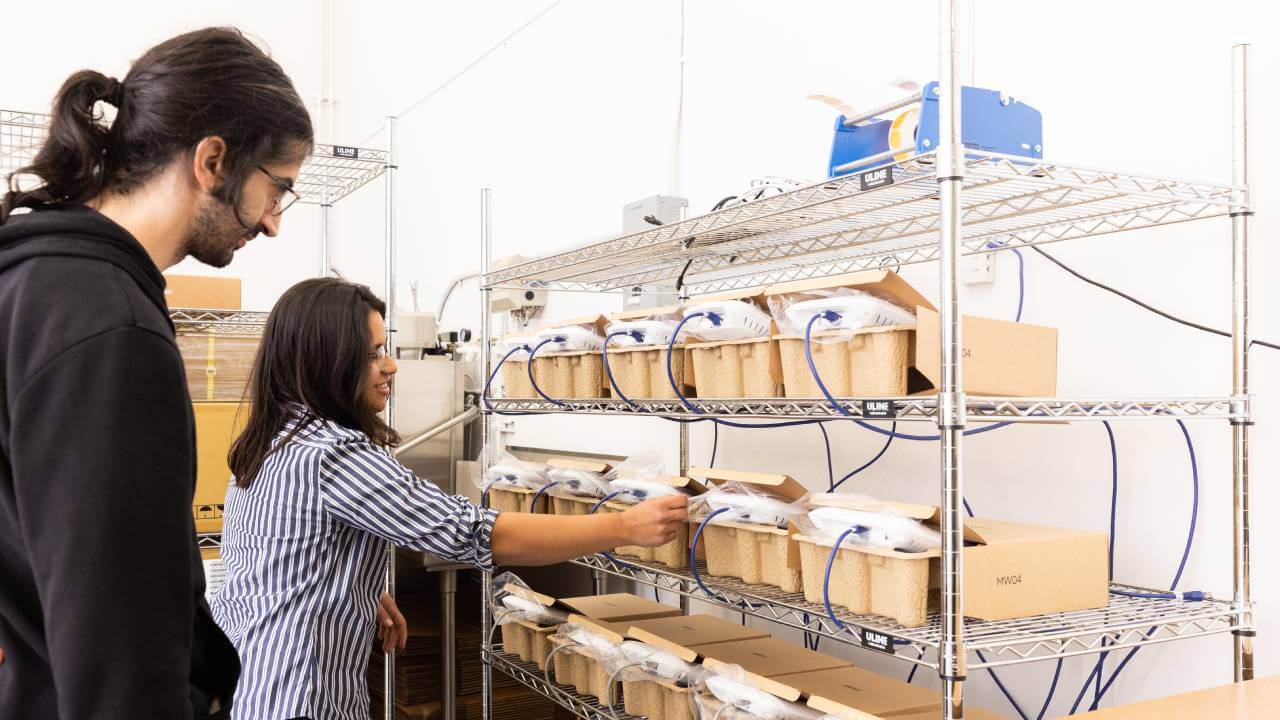 Meter's hardware is manufactured in Taiwan and the company handles operations, installation and maintenance on site, in coordination with local partners, and remotely.

An 'index on the economy'

The company does not yet disclose customer numbers (though Bloomberg reports it's in the "hundreds") but prefers to talk in square footage: "We're millions of square feet," said Varanasi. It charges by square footage too, offering a flat rate of $0.15 per square foot per month.

Primarily, Meter serves warehouses, life sciences labs, offices and healthcare environments. "We're an index on the economy," said Varanasi, noting that Meter's customers tend to hail from high-growth areas such as technology and healthcare. For example, the pandemic led to a boost in life sciences labs, "so they have huge bandwidth needs, huge fiber needs, but also huge networking and wireless needs," he said.

Meter's initial customers listed on its website include health technology companies like Vial, ScienceIO and Octant. Meter also works with real estate firms to bring Internet services to buildings. Tishman Speyer, a commercial real estate owner, developer, operator and investment manager, is both a partner and an investor in Meter. Meter installed Internet and Wi-Fi in the common areas of Tishman Speyer's building.

That model gets at the overall idea that drives Meter: that Internet access should come with spaces. "Wi-Fi should just be everywhere ... and should be as easy as turning on electricity or water," said Varanasi.

The company is currently using its funding to expand and is hiring for several positions in sales, customer support, marketing and engineering.

"There's so much investment on the broadband side. It honestly makes our lives so much easier to provide a better product," he said. "Just like how payment companies depend on MasterCard and Visa, we depend on broadband infrastructure being great."

Does Your Fiber Plant Have What It Takes To Support 10G Services
Customer Support Blueprint: Your Guide to Key Performance Indicators
The Marketer and the Broadband Service Provider: Trends, Challenges, and Opportunities
eBook: Three Steps to Plan, Fund, and Design a Solid Broadband Network
Is Network Security Keeping You Awake at Night?
More Blogs from CxO Spotlight
Vantiva CEO on life after the Technicolor separation and spin-out