With just over a month remaining until the FCC's deadline for broadband map challenges, the Schools, Health & Libraries Broadband (SHLB) Coalition is raising concerns over how the map displays community anchor institutions (CAIs) and is asking the Commission to revise its process.

According to an ex parte letter, representatives from SHLB recently met with members of the FCC's Broadband Data Task Force to discuss the fact that the FCC's broadband map automatically flags anchor institutions like schools and hospitals as being non-broadband serviceable locations (BSLs). This is because the FCC's data collection process only focuses on the availability of mass market broadband services.

"The Commission has decided that because community anchor institutions generally subscribe to non-mass-market, enterprise-grade services, they would not be identified as BSLs in the initial version of the Fabric," according to SHLB. 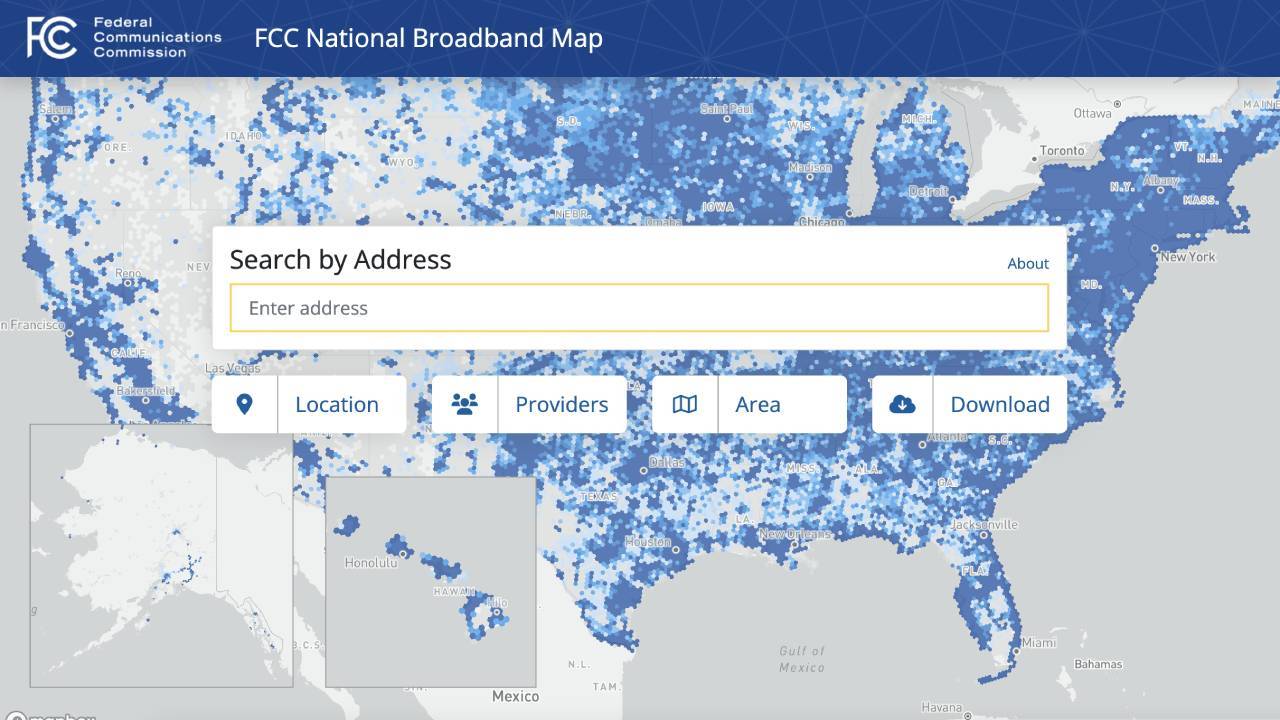 However, SHLB asserts that it is "factually incorrect" that all CAIs subscribe to non-mass-market services, noting that museums, churches, community centers and some libraries often purchase mass market broadband.

"With the default being that all CAIs are flagged as non-BSL in the Fabric, we are concerned that broadband providers will not report on the availability of service at these locations, even if those locations subscribe to mass-market service," said SHLB in a letter to the FCC.

"As a result, we fear that such locations may not be adequately considered for future broadband funding allocations," the group added.

Indeed, SHLB notes that the $42.45 billion Broadband Equity, Access, and Deployment program (BEAD) "underscores a preference for deployment of gigabit connections to CAIs that lack such connectivity along with unserved and underserved locations." With BEAD allocations per state set to be determined by the FCC's broadband map, it's necessary to measure the number of CAIs unserved by gigabit services, the group said.

SHLB isn't the first to raise the issue of CAIs missing from the FCC's map. Jonathan Chambers, partner with broadband consulting firm and service provider Conexon, wrote about the problem prior to the public release of the map. In a newsletter, Chambers said that the FCC omitting enterprises and community anchor institutions from its definition of BSLs will impact "hundreds of thousands, perhaps millions" of locations that could subscribe to mass-market broadband. Omitting these locations could mean less in BEAD funding for any given state.

He offered an example from Baxley, Georgia, a rural county with a population of roughly 4,942, where 54 small businesses and CAIs  "most of which would likely take a mass market service"  were not broadband serviceable on the map. That included a range of locations, from a car dealership, to a counseling center, a diner, a Baptist church and so on.

While the FCC has said that CAIs and small businesses could be submitted during the challenge period, ongoing through January 13, 2023, Chambers added that the "FCC has neither the time, nor the capacity to adjudicate hundreds of thousands of challenges," noting the "flaws are systemic and should not depend on the challenge process."

SHLB expressed additional concerns with the FCC's process as it relates to community anchor institutions.

"The current location challenge process for a non-BSL location only allows the challenger the ability to change the building type to something other than a CAI (such as a residence or business)," said SHLB. "This process does not explicitly create a separate category for CAIs that subscribe to mass-market services, and will be confusing or misleading for many CAIs, as well as for anyone attempting to track broadband availability at CAI locations."

In turn, SHLB is recommending that the FCC's next version of the map "identify CAIs as BSL's by default, with the ability to flag those locations that subscribe to enterprise services as non-BSL."

The FCC did not respond to a request for comment as of this writing as to whether it will label CAIs as broadband serviceable by default in the next version of the map. However, it appears a change was made to the location challenge process in the current version, allowing for community anchor institutions to be tagged in the dropdown menu (see example below). 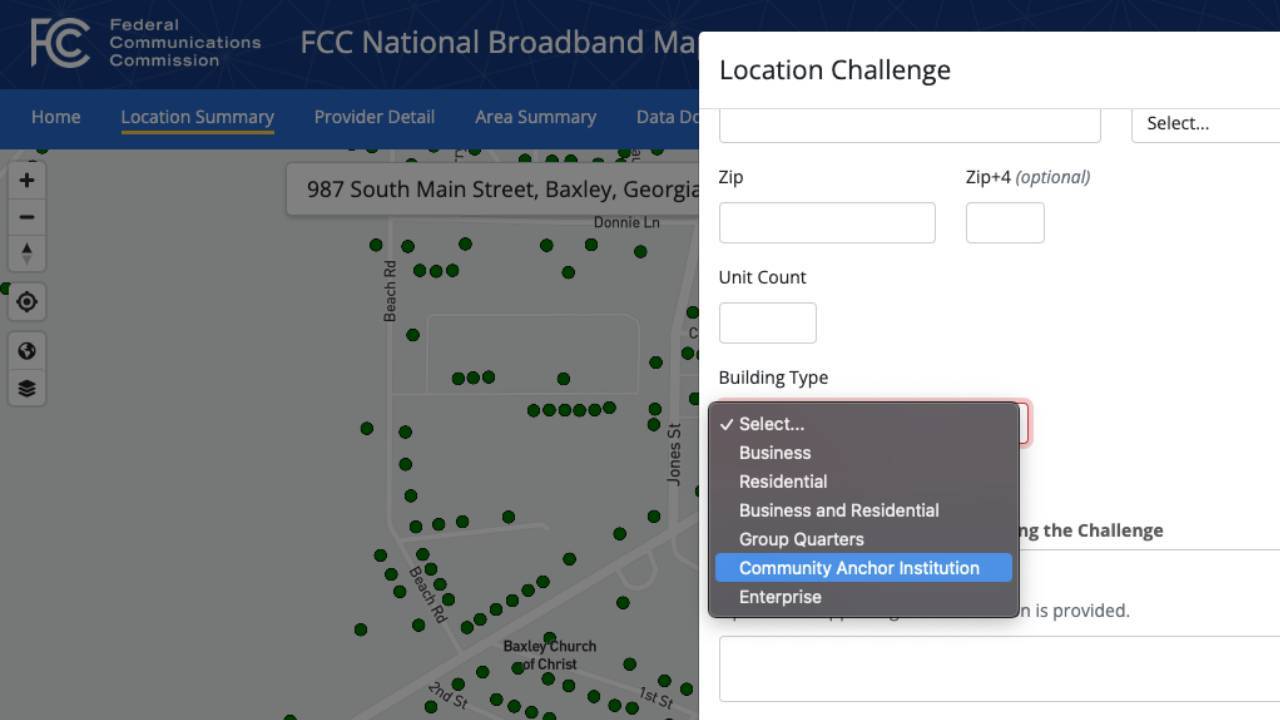 The FCC is accepting location and availability challenges to fixed broadband coverage, and speed tests to challenge mobile coverage, through January 13, 2023. Challenge data will be used to revise the map in order to determine BEAD allocations by summer 2023.