Why should fiber-to-the-premises (FTTP) upgrades and buildouts get all the love? The hybrid fiber/coax (HFC) network is mostly fiber and can deliver FTTP-like performance, so doesn't that architecture deserve a favorable ruling in the court of public opinion?

There's no doubt that FTTP is winning the perception game. But it appears that the "cable" industry is directing more attention to the vast amount of fiber packed into those HFC networks.

A small group of operators in Europe and North America have begun to affix "Fiber+" or "Fiber Plus" branding to their HFC-powered broadband products, CableLabs President and CEO Phil McKinney pointed out during a recent discussion with Craig Moffett, an analyst with MoffettNathanson (a division of SVB Securities), focused on the future of the HFC network. 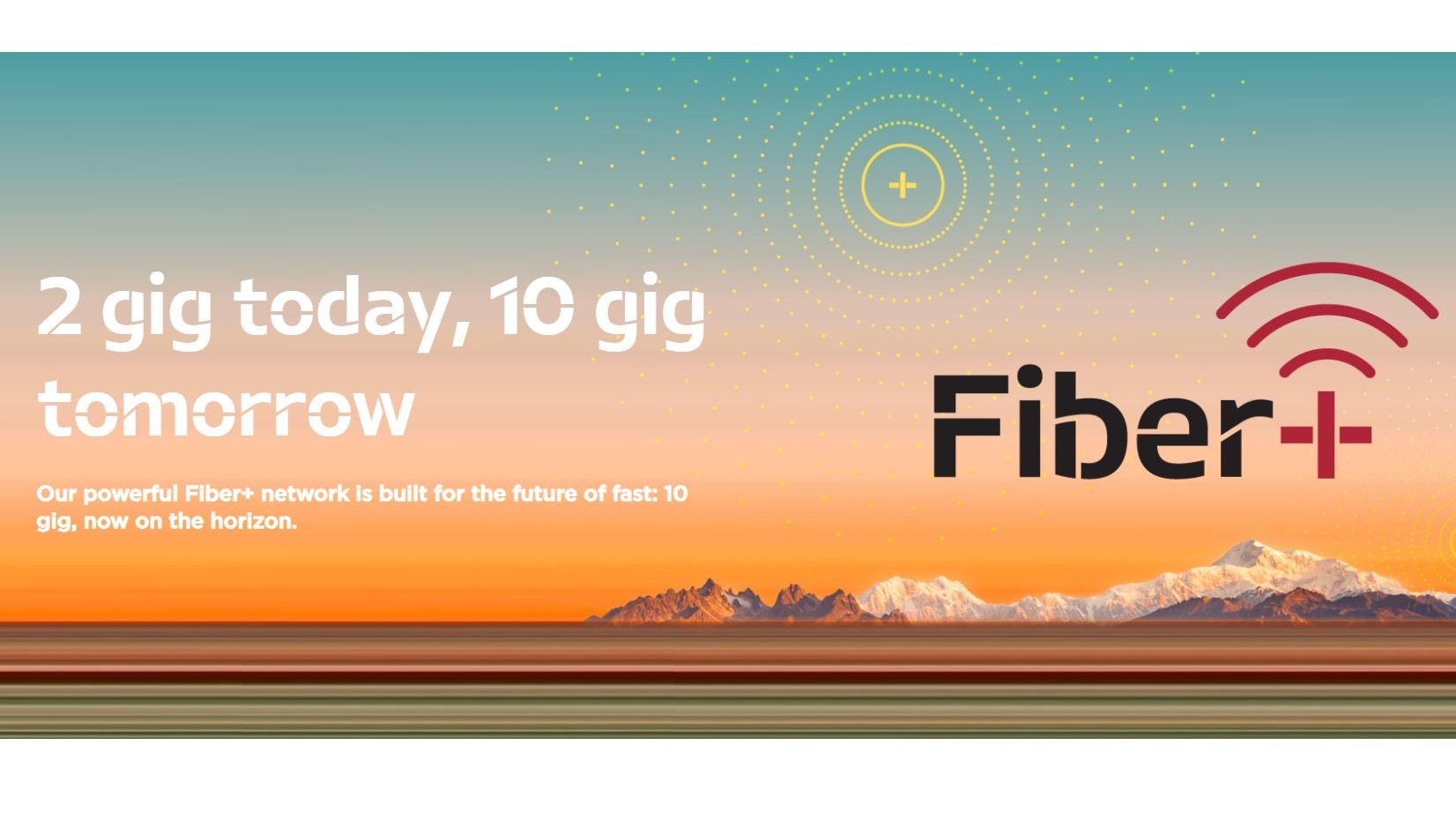 Alaska's GCI is among a set of operators that has been using the 'Fiber+' brand.
(Source: GCI. Used with permission)

"There's a Fiber+ branding effort that really got started in Europe first" with ONO in Spain (now Vodafone Spain), McKinney said. He noted that this sparked a bit of a legal dustup with Telefónica, the market's incumbent telco, with ONO proving that it was effectively operating a fiber network.

Since then, others have begun to employ Fiber+ branding, including GCI, Alaska's top cable operator, and Canada's Shaw Communications.

"People think of the HFC network as being primarily coax," McKinney said, according to the transcript. "We did this analysis in support of some discussions with policymakers in other countries outside the US who were inquiring [and] if you look at a packet of data that transitions across the cable network, it spends 99.97% of its time on fiber ... So for all intents and purposes, cable is a fiber network."

The use of Fiber+ branding, he suggested, "educates the marketplace to the reality that what you may think of as an HFC network, and this perception that it's coax that's going literally miles and miles back to some location, is not the case."

Elad Nafshi, Comcast Cable's EVP and chief network officer, echoed as much Tuesday at the RBC Capital Markets Global Technology, Internet, Media and Telecommunications Conference. The HFC network is comprised mostly of fiber, with coax representing the link to the last "few hundred feet" to the home, Nafshi explained.

GCI Chief Product Officer Duncan Whitney posted a blog in May about the company's use of Fiber+ branding.

Duncan wrote that GCI's network comprises nearly 8,500 miles of fiber-optic cabling, including roughly 6,000 miles of subsea fiber. And where laying fiber is not yet an option, "we bridge the gap using a blended network of supplemental technologies, which enables us to keep more Alaskans connected to the world," he adds. "We call the entirety of this evolutionary network GCI Fiber+  With its scalable infrastructure, Fiber+ allows us to provide customers with the best and newest Internet technology as it becomes available, meaning users experience the absolute fastest, most reliable internet today and into the future."

Shaw, meanwhile, is using the "Fibre+" brand for services delivered on its widely deployed HFC network.

It's unclear if the broader cable industry will gravitate to this "Fiber+" branding as much as it has done with "10G," but the door appears to be open.

"Stay tuned. There's more to come on that," McKinney said.

A person familiar with industry discussions about this branding activity tells Light Reading that using the Fiber+ moniker is not currently part of a broader industry branding initiative. Instead, the person adds, it's viewed as a way for operators to more clearly communicate to the market their deeper use of fiber on HFC networks and the deployment of all-fiber networks to certain customers and markets.

In his discussion with Moffett, McKinney also touted the costs of going with the next generation of DOCSIS over FTTP upgrades/overbuilds, noting that recent analyst projections indicate that the costs are less than $200 per home passed. Comcast's Nafshi backed that up this week, announcing Monday (November 15) that the "all-in" cost for a "mid-split" upgrade, network virtualization and an eventual leap to DOCSIS 4.0 is coming in at less than $200 per household passed.

And while operators such as Altice USA, which isn't a CableLabs member, point to the operational benefits derived from FTTP upgrades, McKinney argues that the cost-benefit is "relatively small" and that HFC itself is becoming increasingly passive as operators reduce the number of amplifiers required to deliver signals on the coax between the fiber node and the home.

"HFC plant is migrating down to eventually getting to N+0 [zero amps between the node and the home] at some point in the future," McKinney predicted.

Like what we have to say? Click here to sign up to our daily newsletter
COMMENTS
Newest First | Oldest First | Threaded View
Add Comment
Be the first to post a comment regarding this story.
EDUCATIONAL RESOURCES
sponsor supplied content
Small cell densification for 5G
Which Path to Convergence Is Right for You?
Helping FTTx Networks Like Yours
Educational Resources Archive
More Blogs from The Bauminator
Is 4K worth it?