DOCSIS 4.0 and fixed wireless access (FWA) are no match for speeds and performance of fiber-to-the-premises (FTTP) networks – and that's that, according to Frontier Communications CEO Nick Jeffery.

"Fiber fundamentally is a better product than cable," Jeffery declared Tuesday at the Goldman Sachs Communacopia & Technology Conference. "At some point cable will face a very difficult choice – either upgrading to DOCSIS 4.0, which is a hugely capital-intensive program that will take many years to roll out at scale. And even when it does, the end product is still worse than fiber is today." 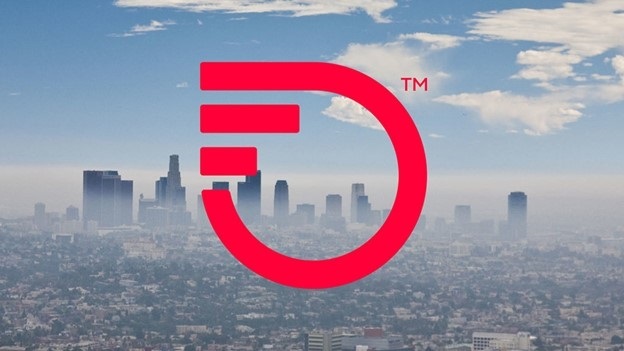 Of course, major US cable operators, save for Altice USA, would firmly disagree with that assessment and point out that D4.0 is poised to deliver multi-gig symmetrical speeds, low-latency capabilities and enhanced security, and do so at a much lower cost than it would take to go big on fiber-to-the-premises.

D4.0 upgrades will require operators to touch the plant, making the move much more expensive and complex than it was to upgrade to DOCSIS 3.1. But those upgrades probably won't take as long to complete as Jeffery is trying to let on. By way of example, Comcast, the largest US cable operator, will start to launch symmetrical multi-gig speeds in 2023 (initially with a mid-split upstream upgrade), and make them available to more than 50 million homes and businesses before the end of 2025.

But one can't blame Jeffery for making big, competitive claims. After all, his company is betting the farm on FTTP upgrades and buildouts. Frontier's current plan is to build fiber to at least 10 million locations by 2025.

Plus, it's an opportunity time for Jeffery to pile on. Frontier is having success growing its fiber subscriber base while cable is struggling for ways to reaccelerate broadband subscriber growth following a quarter in which some top operators saw broadband sub growth go negative.

And Jeffery allows that cable might have to switch gears to keep up. "The other route that cable may well go – and some have – is to change horses completely and start building fiber networks – again very capital intensive."

Starting that now in the midst of supply chain constraints, "I wouldn't like to be doing that myself."

FWA will nibble at the copper base, but not a long-term threat

As for FWA, Jeffery said Frontier is keeping tabs, but doesn't see it as much of a long-term threat.

"We're all watching it hawk-like," he said.

While Frontier has seen copper churn pick up slightly as fiber upgrades continue, the company attributes that primarily to the recent cleaning up of non-paid subscribers.

"I think it's inevitable that FWA will begin to nibble at our copper base, probably in more rural areas where fiber hasn't yet turned up," he said. "We can't see it in the numbers yet, but it will turn up at some point."

But, at a high level, he's not a big fan of FWA. Jeffery said FWA strategies were looked at while he was at Vodafone UK and the company concluded that it didn't make economic sense as data usage and the costs to support that usage both climb.

"That means at some point the usage cost of FWA will be higher than the cost of providing it – spectrum allocation and so on," he said. FWA, he added, "is an incredibly inefficient use of spectrum."

Frontier, Jeffery pointed out, is seeing average customers chew up 1 terabyte of data per month on average, with the top quarter of the group using 2 TB or more. About half of new fiber subs are taking speeds of 1-Gig or more.

He allowed that FWA is useful for some segments of the market, but expects those customers to eventually flip to fiber when the opportunity arises. "At the end of the day, we're really comparing a Ferrari to a horse," Jeffery said.

No need yet for a mobile bundle

Though some cable operators are using mobile bundles to help gain and retain broadband subs, Frontier has no plans to follow suit. At least, not yet.

"We're watching [that strategy] very, very closely," Jeffery said, noting that broadband churn is low and that Frontier is having no issues selling fiber as a standalone. "Will that always be true? I don't know."

But Frontier will keep an eye on how customer behaviors change and consider changes then.

"The return on fiber is so good, it's a very difficult case to argue that I should put any capital at all into building an MVNO," he said, noting that Frontier's exec suite is flush with mobile experience.