Comcast recently launched a TV ad and erected a dedicated website that takes aim at the capabilities and features of T-Mobile's 5G-powered home broadband service, charging that they come up short when compared to what's delivered via Comcast's wired broadband services.

In what's expected to be the first in a series of ads either targeting T-Mobile's service or perhaps the broader fixed wireless access (FWA) sector, Comcast's tongue-in-cheek "Vampires" ad features a family of four in a therapist's office lamenting the performance of T-Mobile's offering. They complain that their speeds degrade during high-usage times during the day, forcing them to access the service during the middle of the night. 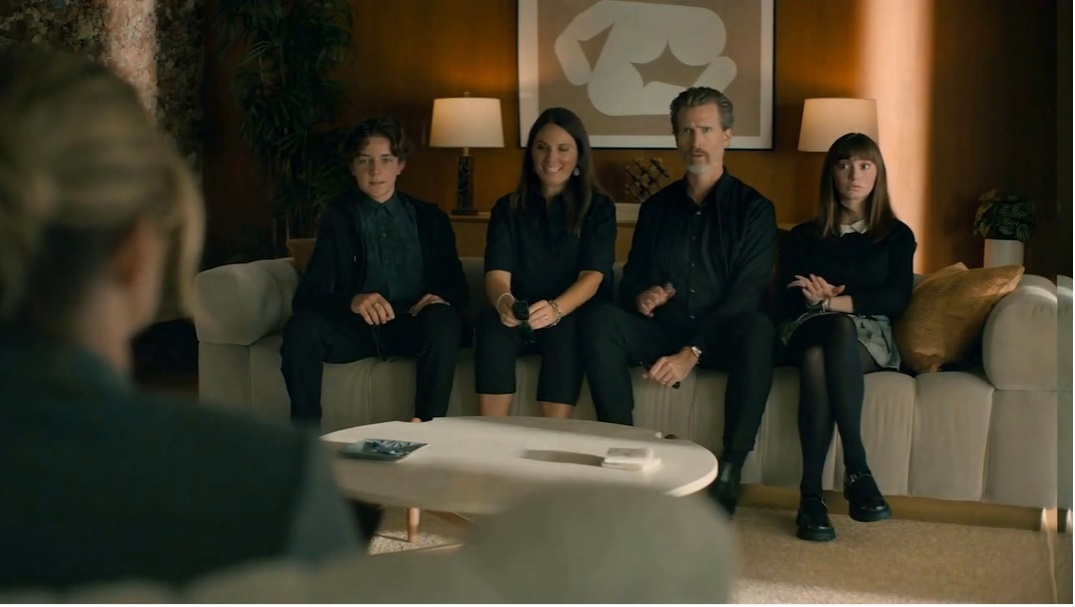 Comcast's 'Vampires' ad features a family of four lamenting the performance of T-Mobile's 5G-powered fixed wireless access service to a therapist.
(Source: Screen capture from version of the ad posted by iSpot.tv)

"Everyone's online during the day, so we lose speeds," complains the son. "We become  nocturnal," the mom and dad add.

"Well, if you just switch, maybe you don't have to be vampires," offers the therapist.

You can view the 30-second ad below to see where the story goes from there:

Update (October 19, 2022, 11 a.m. ET): The video of the ad appears to have been recently set as "private," making it unavailable to the general public. Light Reading has asked Comcast for a reason. Meanwhile, iSpot.tv, at last check, has it posted here. Light Reading has also embedded that below:

Update (October 9, 2022, 3:40 p.m. ET): That original YouTube link appears to still be private at last check, but it does now appear on Comcast's YouTube channel here.

"We read the fine print. Here's how Xfinity stacks up against 5G home Internet," the website states, adding that T-Mobile's service "is 10-30x slower."

The site continues: "Storms, mountains, cars  being inside  can slow down your speed."

T-Mobile's home Internet FAQ notes, "Streaming services that rely on IP address for specific location data to deliver live TV are not compatible with T-Mobile Home Internet. This includes Hulu Live and Sling Live TV." However, T-Mobile, which does promote the Philo live TV streaming service, has insisted that it is working to resolve the issue.

Naturally, Comcast's website touts the speed and reliability of its own broadband network and notes that some broadband customers get Xfinity Flex, Comcast's 4K-capable smart home/streaming device, for no added cost.

Comcast had dropped hints that an FWA-focused campaign was in the making. Speaking at an investor conference last month, Comcast Chairman and CEO Brian Roberts said his company was preparing to blow some holes in FWA, likening it to a past campaign  "The Slowskys"  that took aim at the technological shortcomings of DSL.

"We see a lot of flaws with fixed wireless," Roberts said at the time. He didn't elaborate, but concerns have circulated in the analyst community that FWA will have difficulty scaling as data usage continues to climb and puts pressure on the spectrum being used to underpin more lucrative mobile services.

Roberts called FWA an "inferior product" at a different investor event recently, holding that the cable operator hasn't felt "much of an impact" from fixed wireless competition.

Still, the fact that Comcast has built a campaign focused on FWA clearly shows that the service has gotten the cable operator's attention as Comcast explores ways to rekindle broadband subscriber growth. The company's broadband sub growth was flat in Q2 2022. It will report Q3 results October 27.

Meanwhile, T-Mobile's FWA rollout, which covers about 30 million households, is enjoying some early successes. T-Mobile has signed on more than 1.5 million FWA subs, and the company expects that figure to rise to 7 million to 8 million by 2025.

Another ad spat in the making?

At the time of publication, T-Mobile had not yet commented on Comcast's relatively new campaign.

Update (6:30 p.m. ET): T-Mobile is taking the campaign in stride, noting that half of its Home Internet customers come from cable and that its home broadband subs are generally happier with that decision.

"We've seen the spot, and we're flattered," Mike Katz, T-Mobile's chief marketing officer, said in a statement. "Because of Comcast, millions more people now know they can get home broadband from T-Mobile. And millions across the country can finally drop Big Internet  just like half of our current customers who left Big Cable to join T-Mobile. Because the fact is, T-Mobile Home Internet customers are happier. Our broadband customers give us a Net Promoter score of 47. Xfinity received a negative 14. With 5G Home Internet, Comcast customers across the country finally have another option."

The numbers T-Mobile cites refer to results from a PCMag Readers' Choice survey conducted from June 21-July 18, 2022. Per the survey methodology, the surveys are built by editors using Alchemer, which also handles data collection. Those who complete the survey have a chance to win a $100 Amazon gift card.

It's unclear whether the mobile operator intends to lodge a complaint about Comcast's messaging. However, T-Mobile and the cable industry have often clashed over advertising claims.

In August, the National Advertising Division (NAD) recommended that T-Mobile stop certain claims about how its home Internet service stacks up against the National FCC Broadband Rate Benchmark. That inquiry was pursued following a complaint by Charter Communications.

Charter and T-Mobile were involved in a different ad dispute in which NAD found that T-Mobile's "no data caps" claim for its 5G home Internet service was not misleading. Additionally, Comcast came out on the short end of yet another ad spat, stemming from a T-Mobile challenge, centered on speed and price claims for Comcast's 5G unlimited plans.