Before it was torn down and transformed into yet another Starbucks, an Alcatel-Lucent lab in midtown Raleigh, North Carolina, was where Nokia's David Eckard and his team worked on the initial iterations of broadband, PON and fiber-to-the-home (FTTH) technologies. Eckard's team was relegated to the loading dock while peers in the main building focused on DSL. But as is the case in the telecom and tech industries, quite a few great ideas have grown out of garages. 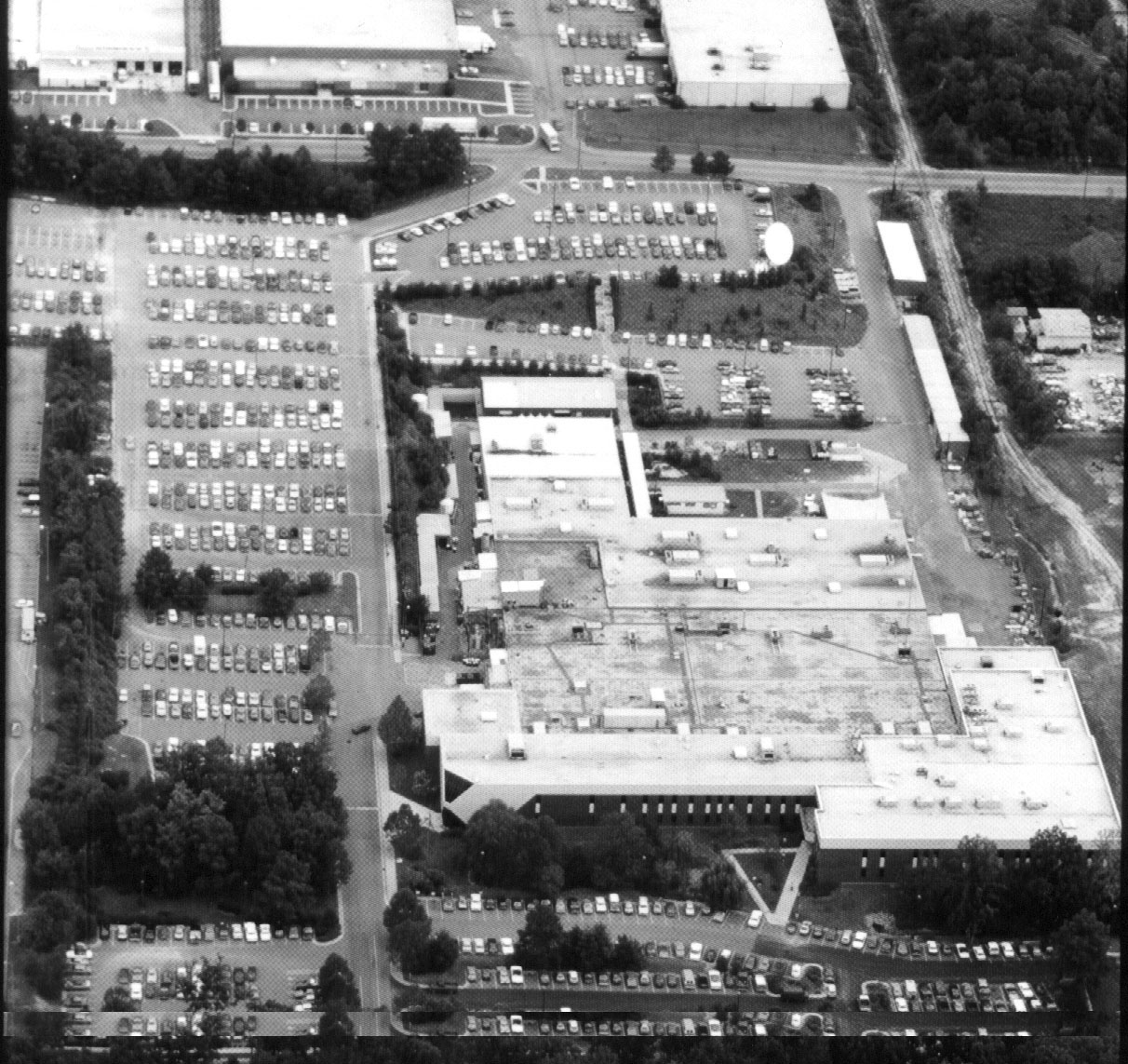 Ye olde Alcatel-Lucent lab, circa mid-1980s. Photo courtesy of David Eckard. Click here for a larger version of this image.

Eckard, Nokia's VP of strategy and technology for North America, sat down with Light Reading after he and his colleagues  Leopold Diouf, VP and general manager of broadband device unit, and Suresh Chandrasekaran, fixed NW customer engineer  provided a tour of the equipment maker's "new" broadband lab in Raleigh (located near Crabtree Valley Mall for those familiar with the Raleigh area). Eckard joined Nokia after more than a decade with Alcatel-Lucent, which was acquired by Nokia in 2016. 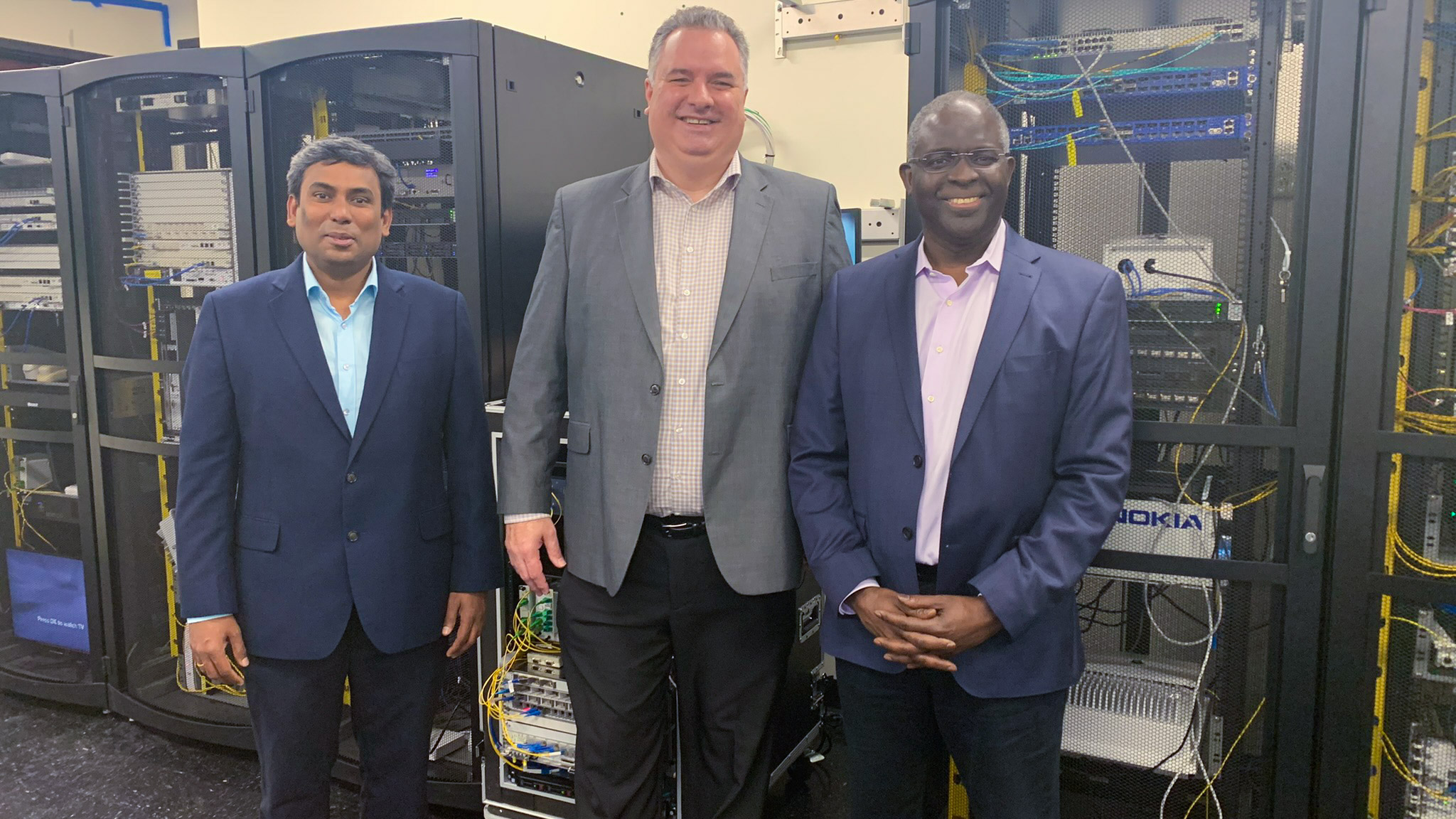 In addition, Eckard explains how the engineers at Nokia's lab are balancing support for customers' legacy broadband equipment while supporting the use of disaggregated hardware. He discusses the next phases of PON technology, opportunities for expanding FWA deployments and how Nokia is preparing for use of US infrastructure funds to support the development of future broadband technologies. Nokia has over 100 trials and around 50 deployments of software-defined access networks with service providers, according to Eckard. 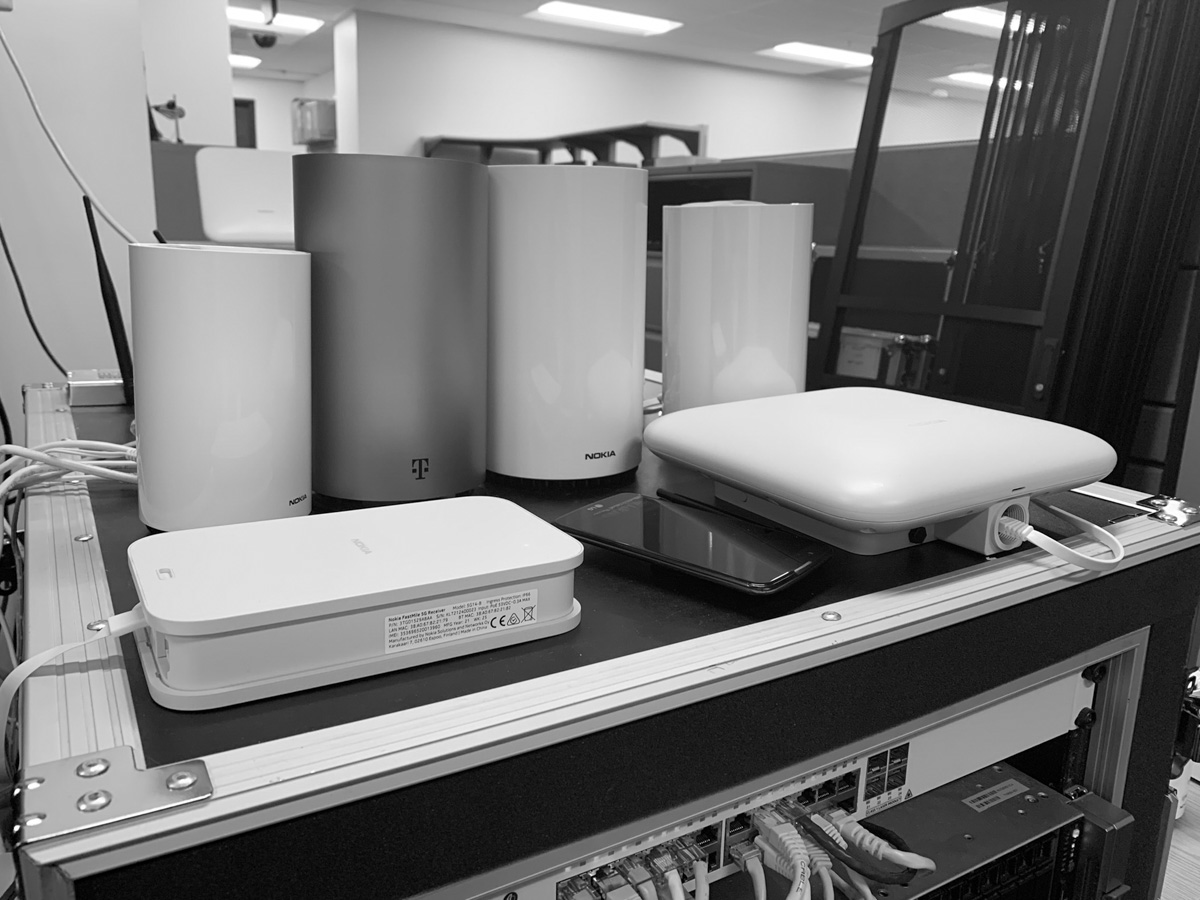 Nokia's beacons for Wi-Fi mesh networks and FWA devices. Photo by: Kelsey Ziser. Click here for a larger version of this image.

"The way we develop software and products has allowed us to do so in more remote-type locations," says Eckard. "We used to have tremendous amounts of lab capacity that required power, cooling and so forth that cost a lot of money. Now, much of that development and testing is done virtually because we can put it into the cloud and that has given us tremendous gains in efficiency for software development." 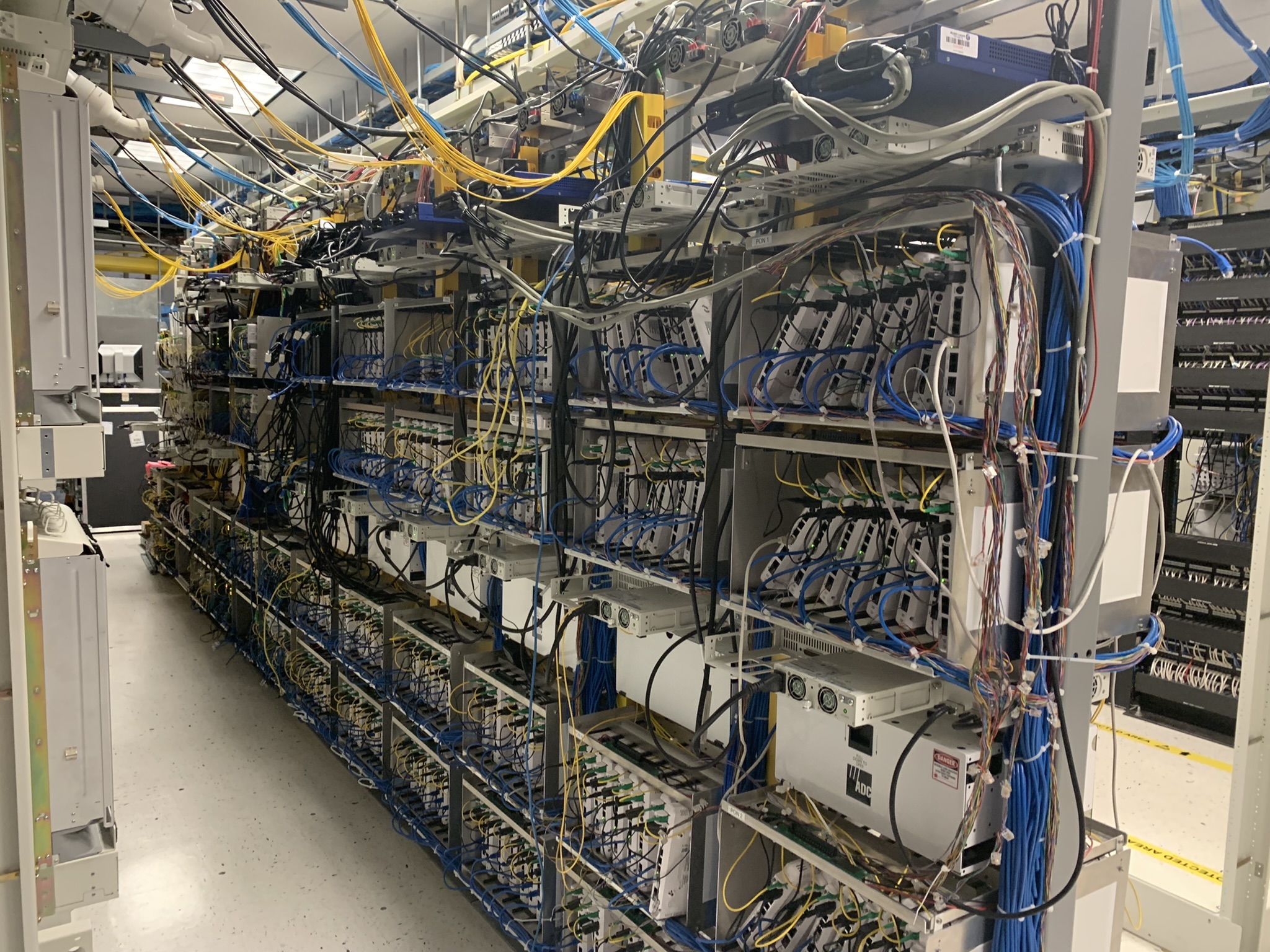 Racks on racks on racks. Several rows in the lab are empty now that Nokia and its customers have implemented virtualization and disaggregated hardware. In addition to the benefit of storing less hardware in the lab, Nokia's engineers were able to continue accessing and running tests on equipment remotely during the pandemic, says Eckard. Photo by: Kelsey Ziser. Click here for a larger version of this image.

Here are highlights covered in this podcast episode: