The pandemic was a boom period for broadband, as people confined to their homes became almost wholly reliant on Internet connectivity for work and play. You wouldn't think it to see TalkTalk's lockdown-era performance. Sales at the UK broadband retailer fell 14% in the 11 months ending in February 2021, to about £1.35 billion (US$1.62 billion), compared with the previous fiscal year. After making £153 million ($183 million) profit a year earlier, TalkTalk slumped to an £11 million ($13 million) loss. 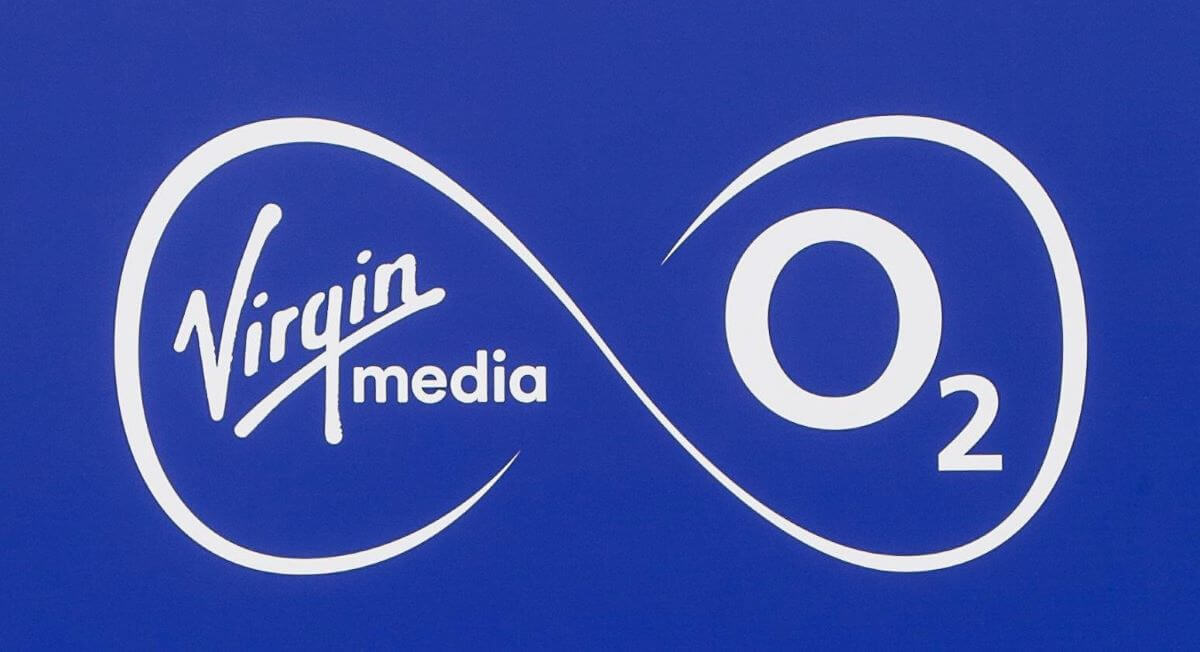 This has not stopped Virgin Media O2 (VMO2) from tendering a £3 billion ($3.6 billion) bid for the company, according to numerous reports in the mainstream UK business press. A joint venture between Liberty Global, best known for its (shrinking) collection of European cable assets, and Spanish telecom incumbent Telefónica, VMO2 would leapfrog Comcast-owned Sky to be the UK's second-largest broadband provider after a deal, with between 9 and 10 million customers. Only BT, the UK incumbent, would probably look bigger.

Much of this is based on conjecture and numbers reported elsewhere. TalkTalk was taken private in a deal valuing it at roughly £1.8 billion ($2.2 billion) in late 2020, explaining the 11-month cut-off when it last reported results (even adjusting for that, the performance looks unimpressive). BT no longer discloses details of broadband retail customers. Sky's figures are also hidden from view.

How TalkTalk fared last year is therefore unknown, but its fortunes are unlikely to have improved sharply in such a saturated, competitive market while government lockdown restrictions were being eased and people were returning to offices and schools. TalkTalk last reported customer growth in the year ending March 2019, when it added another 150,000 subscribers to serve 4,289,000 in total. It proceeded to lose 69,000 of them the following year and another 181,000 between April 2020 and February 2021  when broadband supposedly became a lifeline to the wider world.

Perhaps counterintuitively, given the increased reliance on broadband services, TalkTalk blamed sales shrinkage then on "COVID-19 trading restrictions." It was not the only UK operator to grumble. BT complained that a revenue decline of 7% the same fiscal year was "primarily due to the impact of COVID-19 on Consumer [a business unit including broadband retail]."

Yet Openreach  the BT network unit serving TalkTalk, BT Consumer and other broadband retailers  managed to add another 183,000 broadband connections, finishing March 2021 with about 21.5 million altogether. TalkTalk's customer losses were at odds with broader market growth.

What hasn't changed since TalkTalk was taken private is the company's dreadful reputation for customer service. As recently as last week, it was in the bottom half of a table compiled by Ofcom, the UK telecom regulator, for broadband complaints per 100,000 customers, with 14. Only VMO2 and Shell Energy did worse (see below). 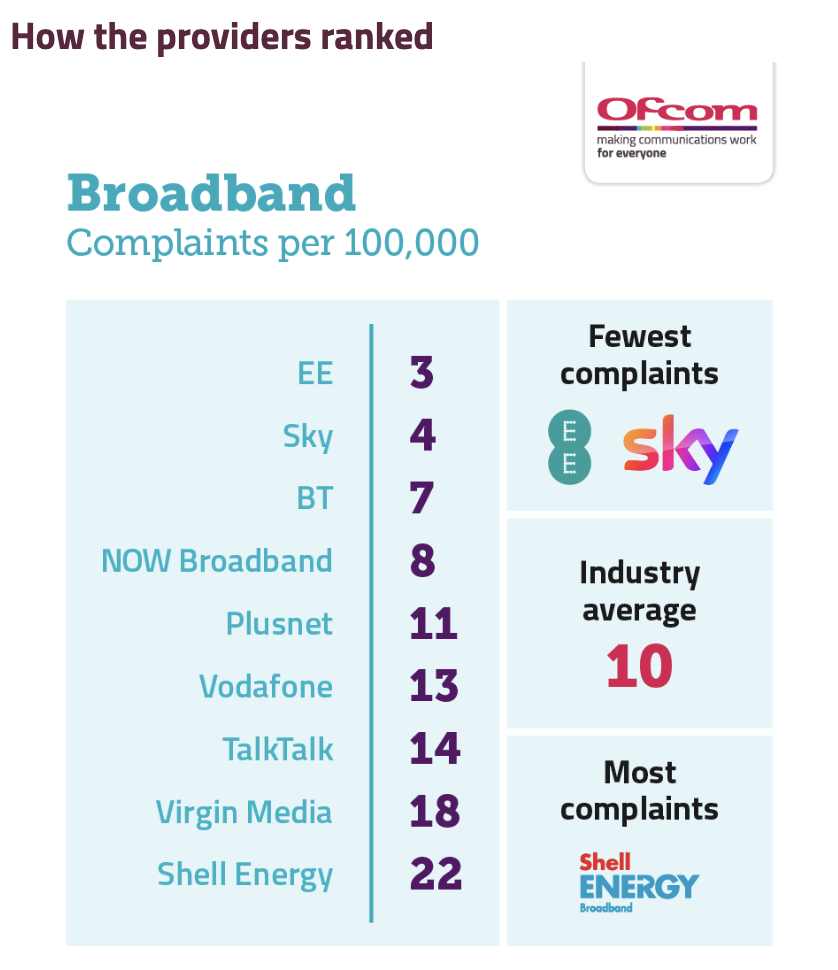 Profitability is a concern, too. At the earnings level (before interest, tax, depreciation and amortization), TalkTalk reported a margin of less than 16%, compared with an underlying one of about 37% at VMO2. On that basis, a VMO2 offer priced at £3 billion would value TalkTalk at an extremely generous multiple of 14 times its earnings.

TalkTalk has cut some costs, including interest on borrowings, by completing a £200 million ($240 million) sale of its own fiber network assets (FibreNation) to CityFibre, an infrastructure owner, in March 2020. Staff numbers also dropped from 2,288 in March 2018 to exactly 2,019 by February 2021. But the divestment leaves TalkTalk entirely dependent on third-party infrastructure and it has frequently complained about the fees it pays Openreach, the UK's largest wholesaler by far.

All of which begs the question: What might have prompted a VMO2 bid? "The primary motivation to buy TalkTalk would be to build scale," said Kester Mann, the director of consumer and connectivity at CCS Insight, a market research firm, in written comments. "In telecom, the most successful companies tend to be the largest and bulking up would offer clear synergies and cost-saving opportunities."

Unlike TalkTalk, VMO2 does operate its own infrastructure. While that is based largely on cable technology today, VMO2 is shifting to the same full-fiber systems used by Openreach and CityFibre. As it does so, migrating TalkTalk's customers to its own network would allow VMO2 to slash spending with those other companies. Unsurprisingly, BT's share price took a hit after news broke of the bid, dropping 7.6% by close of play on July 15. "The deal would not only create a bigger rival, but threatens an important source of income for BT, for which TalkTalk is a strategically important customer," said Mann.

Yet VMO2 does not envisage completing its full-fiber transition until the late 2020s, and it already lags other infrastructure builders on rollout. While it does not appear to have provided a status update for some time, its full-fiber network reached only 1.2 million premises in August last year, when Openreach's had been extended to around 5.2 million.

Although VMO2 claims to be able to provide a 1Gbit/s service on its cable network  covering about 15.6 million homes  it still faces a multi-billion-pound bill for a full-fiber overlay and additional build. Through a new venture, it aims to deploy fiber to about 7 million homes in "greenfield" areas by the end of 2027. Considering today's fiber "gold rush," many of these homes may already have full-fiber options by the time VMO2 arrives.

A merger could meet opposition from regulators concerned about its impact on consumers. While dozens of companies are building full-fiber networks, today's broadband market is dominated by a few big players, including BT, Sky, VMO2 and TalkTalk. Authorities have previously blocked four-to-three mergers in the telecom sector. Unless attitudes have changed, VMO2 could struggle to consummate the deal.

Unfortunately, that deal would also unite two of the most complained-about companies in UK broadband, and turn them into one of its most powerful players. Judging by Ofcom's latest scorecard, VMO2 was struggling to change perceptions even without the hassle of integrating an entirely new business. Optimism that VMO2 and TalkTalk can improve their reputations post-merger is unlikely to be high.