Deutsche Telekom CEO Timotheus Höttges made use of the group's annual general meeting (AGM) to promote a message of stability in a world that is still reeling from the effects of an ongoing pandemic, and Russia's invasion of Ukraine.

Describing the German operator as an "anchor of stability" in uncertain times, Höttges hailed the fact that DT's networks "always kept running smoothly" throughout the pandemic.

A DT press release on the main discussion points at the AGM also noted that the group has "firmed up" its buildout target for fiber-to-the-home (FTTH) infrastructure in Germany. It pointed to the fact that its original objective to build 10 million FTTH lines by 2024 has now been increased following the formation of GlasfaserPlus, a joint venture between DT and Australian investor IFM. 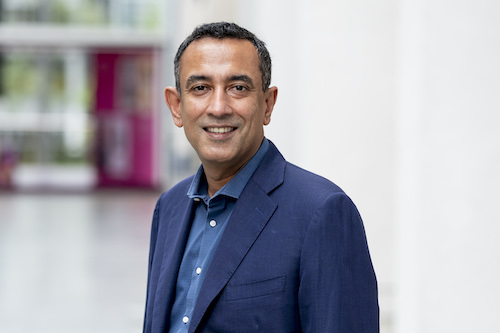 GlasfaserPlus is now up and running after gaining European Union approval in January this year. IFM has also completed the transaction to buy a 50% stake in the venture for a sum that has previously been quoted at around 900 million (US$977 million). Ralf Greßelmeyer has been appointed CEO, and the JV has so far identified more than 116 communities for FTTH deployment by the end of 2023.

At group level, DT's own "Mr. Fiber," Srini Gopalan, has been leading the charge in Germany. As CEO of Telekom Deutschland, Gopalan is on a mission to ensure that as many German homes and businesses as possible have access to fiber networks by 2030  provided either by DT or a competitor.

DT's own targets have been clearly laid out: As well as the 10 million connections by 2024, GlasfaserPlus is aiming to cover 4 million premises in mostly rural locations by 2028. Gopalan also regularly repeats the goal to build 8 million fiber-optic connections in communities with fewer than 20,000 inhabitants by 2030.

DT has of course not always placed such a firm focus on fiber. It spent much of the last decade enhancing copper networks with vectoring technology, for example.

Gopalan has defended that strategy in recent weeks. In a Q&A for the t-online.de news portal, he claimed that the previous focus on vectoring meant that more people in Germany had access to speeds of at least 75 Mbit/s during the pandemic compared with European neighbors that have focused on FTTH deployments.

With reference to recent OECD fiber broadband rankings, he noted that countries with which Germany is often compared "have 35% to 40% fiber optics, maybe 50%. But in areas not served by fiber, they have an average bandwidth of less than 16 Mbit/s."

DT's future is now very much about fiber and 5G. In terms of its 5G deployment, the group recently boasted that its 5G network is currently available in more than 200 urban centers and cities in Germany.