The reaction to Twitter's acceptance of Elon Musk's $44 billion offer has been suitably polarized in a world where the center ground is emptying faster than an aviary under feline invasion. The world's richest man is either Twitter's savior, a messiah-like figure who will restore the religion of free speech and end the woke interregnum. Or he is a predatory billionaire out to abuse Twitter as his own personal plaything. As usual, the sensible view lies somewhere between these two extremes.

Perhaps the biggest surprise was the swift about-turn by Twitter's board. Days ago, they were trying to block the billionaire behind Tesla and SpaceX with a "poison pill," preventing any shareholder from owning more than 15% of Twitter's stock. But company boards are supposed to act in the best financial interests of their investors. Valuing Twitter at $54.20, Musk's bid represented a 40% premium to the Twitter share price at the end of March, even if it was much lower than the $77.06 Twitter reached in February last year. A better offer is unlikely to emerge.

A delisting will obscure Twitter's financial performance from analysts worried free speech is not commercially viable. Whatever Musk thinks, major corporations have chickened out of the discussion, flapping hurriedly away from any content that carries the whiff of controversy. Screw them, seems to be Musk's response. "Free speech is the bedrock of a functioning democracy, and Twitter is the digital town square where matters vital to the future of humanity are debated," he said in the statement on the deal. 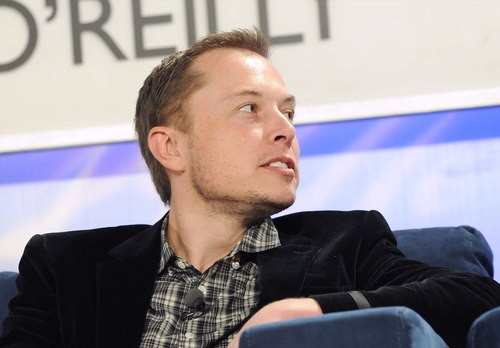 In any case, brands might be less timid if user engagement soars. Musk seems to think he can, in the meantime, apply a subscription model, charging the future members of Tweetaholics Anonymous about $24 annually for a bells-and-whistles service. This, however, is less than Twitter makes in advertising from these people, according to Wells Fargo. What's unclear, too, is whether most people share Musk's appetite for unfiltered exchanges, his apparent tolerance for nastiness in outright opposition to censorship.

The Twitterati probably doesn't, though, and it may have been with this user base in mind that Twitter's board originally sought to block Musk's bid. Twitter's 212 million "monetizable daily active users" are equal to as little as 3% of the world's population and concentrated in relatively young, middle-income markets. They are widely perceived to be left leaning on the political spectrum, if not what critics would dismiss as woke.

Twitter may have become even less representative of the mainstream when it ejected Donald Trump, a man with a strong chance of winning the next US election. It is hard to imagine that most Twitter users would welcome his return, although Trump has reportedly said he plans to stick with Truth Social, the platform set up as a Twitter alternative.

Its apparent difficulties will be seen by Musk's opponents as an omen for Twitter under private ownership. Last month, Truth Social was dismissed as a "failing anti-Twitter platform" by the left-leaning Guardian newspaper in the UK, averaging just 300,000 visits a day in early March. Although it was the most downloaded Apple app for a short time in late February, it ranked only 173rd by mid-March. The Guardian report does indicate that technical issues are at least partly responsible.

But the world could arguably use a social media platform that does not pick sides or immediately denigrate commentary as "hate speech" when it espouses mainstream, albeit controversial, views. Today's options have broadly failed to be sufficiently hands-off. Perhaps the clearest example of that came during the COVID-19 pandemic, when Facebook took down posts suggesting the virus began in a Wuhan laboratory and not, as the establishment then believed, at a wet market nearby. It stopped doing this only when Joe Biden began to consider the lab leak as a plausible theory.

A Musk takeover of Twitter is an imperfect solution, setting up the billionaire owner as the final arbiter of what stays and what goes. When he says he will protect free speech, Musk probably means it as much as Henry VIII did when he told a succession of wives that he would be true to each of them forever. Tesla's owner is flighty, unpredictable and somewhat thin-skinned  not the qualities anyone would look for in a rational judge.

Regardless, the job of free-speech custodian should not go to someone with commercial interests at heart. It is one for a democratically accountable regulator, an institution that was either absent or snoozing when Facebook was taking sides on the COVID-19 origins debate. Still a point of contention is whether social media platforms should be treated like newspapers or something altogether different. Newspapers, however, do not have much in common with town squares.

A dystopian vision is of Musk using Twitter to promote his own views and commercial ventures ahead of other opinion. He might not even have to jimmy the algorithms. Twitterati offended by his takeover would decamp to some other service, leaving Musk with a platform of adoring acolytes committed to retweeting his commandments. Twitter would effectively become like a church or party political convention where everyone reinforces one another's views and nothing is challenged.

Get ready for the possibility that other platforms go the same way. "Pinterest is unlikely to remain an independent, listed company for long," said Snigdha Parida, an analyst at GlobalData, in a research note sent earlier this month, after Musk had just bought a 9.2% stake in Twitter. "Business-based social networks such as New Work, and online-dating platforms such as Match Group and Bumble, will also be high on the list of takeover targets." A more fragmented and partisan social-media landscape, controlled by a handful of billionaires, does not sound like one more conducive to free speech and debate.

Like what we have to say? Click here to sign up to our daily newsletter
COMMENTS
Newest First | Oldest First | Threaded View
Add Comment
Be the first to post a comment regarding this story.
EDUCATIONAL RESOURCES
sponsor supplied content
Türk Telekom delivers digital services with a responsive container foundation
5 ways to innovate for 5G and edge: Transform your network with a certified partner system
Building an edge computing strategy
How Red Hat and Verizon are building the hybrid edge together
Evolving CDNs to keep pace with capacity, quality, and efficiency demands
Preparing for the future of cable
Cable next-gen broadband technology: Network virtualization
How cable operators are modernizing for edge computing
Educational Resources Archive
More Blogs from Morris Lore
India's 5G market dashes early hope for open RAN, local vendors