Most people's bucket lists include things like skydiving or witnessing sunrise at Machu Picchu, but most people aren't eccentric tech billionaires with names that evoke an expensive men's fragrance. For Elon Musk, colonizing Mars and saving free speech (probably not in that order) seemingly take precedence over adrenaline highs and natural wonders. The first, oddly enough, now looks the more achievable.

As widely reported on Friday and over the course of the weekend, South Africa's most famous émigré has withdrawn his much publicized and extremely controversial $44 billion offer to buy Twitter, an unprofitable social media site known for shouty voices, angry members and trolling. Musk had been drawn to the company out of concern it had grown overly censorious (or so he claimed) and deserved a rescue. People need a place where unfettered commentary is allowed, he seemed to think, just as they need rocket ships to Mars and brain-computer interfaces.

The deal is off, according to a filing with the US Securities and Exchange Commission, because Musk insists Twitter has lied about how many of its shouty voices have a heartbeat. In disclosures, Twitter has repeatedly said only 5% of what it calls "monetizable daily active users" (mDAUs) are false or spam accounts generated by software bots. Musk thinks the real figure is "wildly higher." 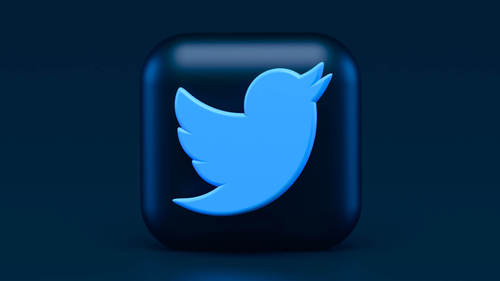 It would be a commercial problem because bots aren't, well, monetizable. Until artificial intelligence starts ordering mochaccinos and wearing denim, companies won't pay to advertise on a site short of human users. But Twitter's usage data would hardly be impressive even if all its mDAUs were people. At the last count, in March, it had 229 million, compared with about 1.9 billion at Facebook (a genuine social media behemoth) and just 3% of the world's population. Worth only $28 billion on the stock exchange, and losing value all the time, Twitter is small tech  not big tech.

Bots, then, are not the problem. Either Musk thought his free-speech overhaul and algorithm tweaking would propel Twitter to a commercial success it has not previously enjoyed, or he didn't care. He has previously suggested that his free-speech mission is more important to him than making money from Twitter. If that provokes skepticism, bear in mind that a man with Musk's resources and intellect could probably find easier ways to make a quick return than via SpaceX and Starlink, his space and satellite ventures.

Musk feasibly soured on the takeover because of the opposition it faced. Most of Twitter's flesh-and-blood users are thought to be on the left of the political spectrum, where there is more concern about "hate speech" (a nebulous concept) than there is about free speech. Governments in supposedly democratic countries are leaning in the same direction. Take the UK, for instance, where a proposed Online Safety Bill curtails numerous Internet rights in the name of protecting children from harmful content. It has been condemned by mainstream, unhysterical publications such as the Economist.

That is the sympathetic take. The more critical one is that Musk had not really done his due diligence and figured out whether he could pay $44 billion for a business such as Twitter. It is arguably in a rut, unloved by younger generations who spend their Internet hours on the fast-growing TikTok or the Facebook-owned Instagram. His plan to charge avid users for a service looked half-baked: Even if the subscription fees were low, the consumer appetite is bound to weaken as incomes are squeezed by inflation; and Twitter makes more in advertising revenues from one of these users than it probably could from subscription fees, according to some analysts.

Musk could, of course, be angling for a lower price, something Rohit Kulkarni at MKM Partners assigns a "non-zero probability." After dropping 5% on Friday, Twitter's share price is about $35, notes Kulkarni, or 36% below the offer price of $54.20. It has fallen one third since April just as other tech stocks have also dropped.

Twitter's board, unsurprisingly, is not impressed. It had argued that it could not disclose some information about usage if doing so would "cause significant competitive harm" to it in the event the deal collapsed. Bret Taylor, Twitter's chair, tweeted on Friday that Twitter would "pursue legal action to enforce the merger agreement." The break-up fee is $1 billion in cash, but Musk could be forced to pay for Twitter under the terms originally agreed.

The deal's collapse would by welcomed by observers who think Musk should forget about free speech and instead focus on Mars colonization and broadband connectivity. If the former seems outrageous, the satellite industry is enjoying some revival after its turn-of-the-millennium crashlanding. With Starlink, Musk aims to provide an Internet service for the estimated 3% to 5% of the world's population who live where terrestrial connectivity does not and will not go.

But Musk has estimated Starlink requires an overall investment of up to $30 billion and said the initial priority is "not to go bankrupt." Customer premises equipment is expensive, while its challengers are numerous and appear to be growing. Just this week, Ericsson, Qualcomm and French aerospace company Thales announced work on a satellite version of 5G that might allow smartphones to connect directly to space equipment.

"While it is too early to say when any resulting 5G equipped prototype satellite could be launched into orbit for real operational use, the highly technical ground-based testing and validation work planned between Ericsson, Thales and Qualcomm Technologies is key to making it happen," said Erik Ekudden, Ericsson's chief technology officer, in prepared remarks.

Starlink has also recently taken flak from Vodafone's most senior technology executive as a venture that relies on expensive Earth-based equipment. "The problem with Inmarsat and Starlink is you need a dish or satellite phone," said Johan Wibergh, Vodafone's chief technology officer, at a recent press event. Vodafone is backing an alternative scheme called AST SpaceMobile designed to work with ordinary phones and due to launch its first satellite next month. If Musk is serious about space, Twitter could be a very costly distraction.

Like what we have to say? Click here to sign up to our daily newsletter
COMMENTS
Newest First | Oldest First | Threaded View
Add Comment
Be the first to post a comment regarding this story.
EDUCATIONAL RESOURCES
sponsor supplied content
Trends in the Communications Industry
How to Gain the Edge in the Fiber Broadband Boom
A new approach to billing for a new generation of customers
CBRS Spectrum and the Future of Private Wireless Networks
Smart Edge: Productizing Edge Deployment
Interview: Open RAN enabling CSPs to deliver on the promise of 5G
Keynote: Open RAN: The Next Step
Webinar: Open RAN in 2022: Enabling a Continuous Flow of Innovation
Educational Resources Archive
More Blogs from Morris Lore
Public cloud holds perils, and don't expect an 'open' RAN with it