AWS grabbed most of the headlines when Amazon posted Q2 financials. The company's cloud business clocked 33% growth in sales, year-on-year, to a shade over $19.7 billion. The annualized sales run-rate for AWS is a gargantuan $72.1 billion.

"Right now, we're at 84 [AWS] availability zones, so that's 26 geographic regions, and we've got plans to the launch 24 more of those availability zones across eight regions," said Dave Fildes, Amazon's director of investor relations, during the company's Q2 earnings call (as reported by CNBC). 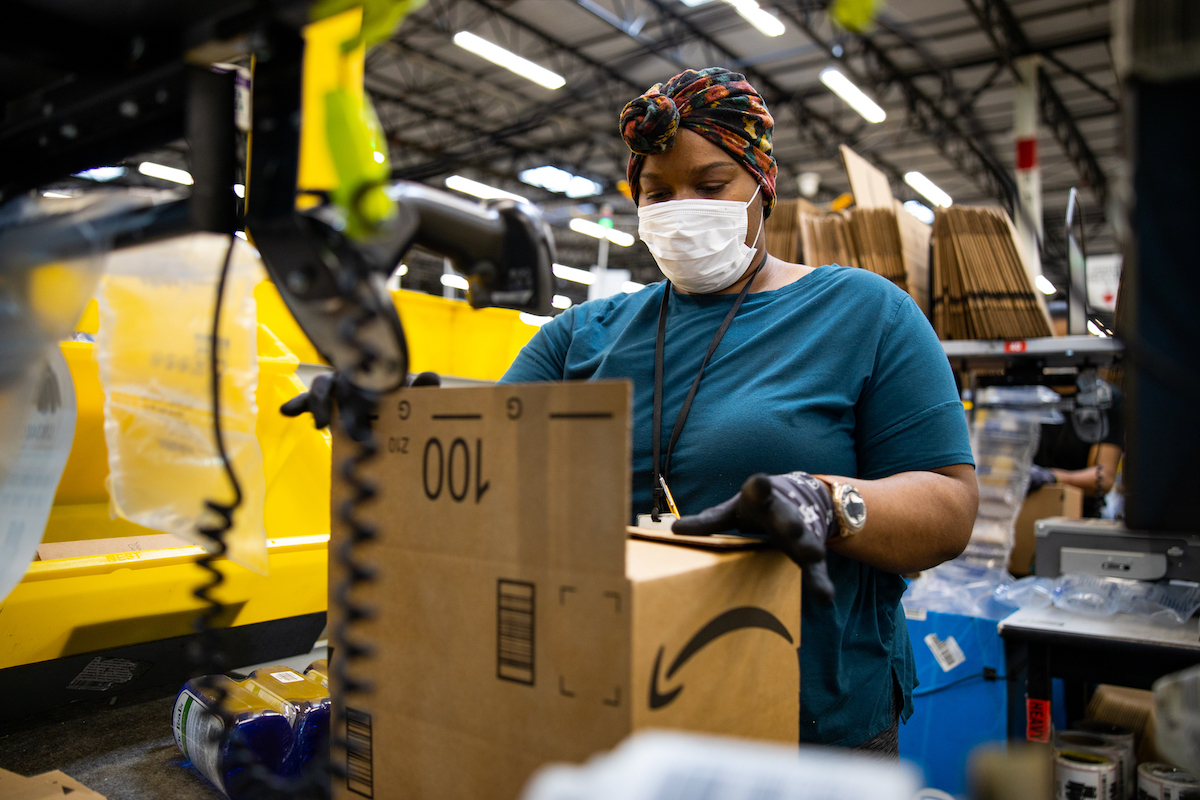 A worker in one of Amazon's fulfillment centers.
(Source: Amazon)

According to Synergy, AWS increased its share in the cloud market by one percentage point during Q2 compared with Q1, consolidating its strong position as market leader (34%). Its nearest rival is Microsoft (21%) followed by Google (10%) and Alibaba (5%).

Amazon's overall Q2 revenues of $121.2 billion  as pointed out in a research note from MKM Partners  came in above company guidance of $116 to $121 billion and the Street's $119bn forecast.

Total operating income of $3.32 billion was also well above the Street's estimated $1.8 billion and operating margins of 2.7% were above MKM Partners' estimate of 1.5%.

"The Q2 operating incoming big beat came from a mix shift toward AWS, 3P, and advertising, along with cost controls in core e-commerce fulfillment centers as Amazon headcount declined quarter-on-quarter for the first time in recent years."

"[AWS and advertising] are really the backbone of these better-than-expected results," said Richard Windsor, analyst at Radio Free Mobile. "There is every indication that cloud growth will be inflation proof meaning that AWS will remain a key building block of how Amazon will return to 10% year-on-year growth in this climate."

One big Q2 blot was a $3.9 billion writedown on electric carmaker Rivian, resulting in an earnings-per-share (EPS) loss of $0.20. Without it, however, EPS would have been $0.18.

Amazon is guiding for Q3 net sales of between $125 and $130 billion, between 13% and 17% higher than revenues in Q3 2021. This guidance anticipates an unfavorable impact of approximately 3.9 percentage points from foreign exchange rates.