Elon Musk is not the first person to compare social media to the old-fashioned town square, an open space where people would meet and chat freely. But in the case of Twitter, the social media firm he has offered $43 billion to buy, the analogy is suspect. At about 217 million, its number of monetizable daily active users (MDAUs) is only about 3% of the world's population. If this is a global town square, it is one most people never visit.

It has also become a shouty and intimidating place, explaining why millions either avoid it or observe quietly from the shadows. Combined with its management's intolerance for the wrong type of guest, that makes it look more like a raucous nightclub. Most visitors struggle to be heard above the din, exchanges are necessarily brief and typically banal, and fights break out frequently. Muscular bouncers patrol the dancefloor, ejecting perceived troublemakers. Routine offenders are banned. 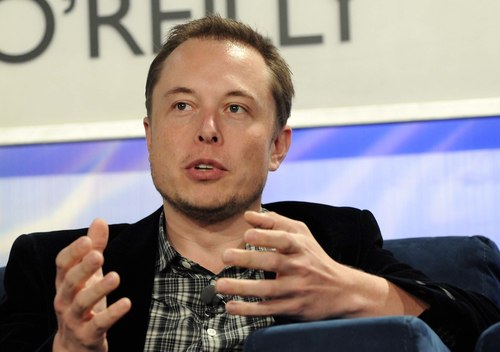 Musk thinks he can renovate and make Twitter a more inclusive environment where anyone can voice an opinion without fear of retribution. After buying a 9.2% stake on April 4  a move that made him Twitter's biggest single shareholder  he has offered $54.20 per share for the entire company. That represents an 18% premium to the Twitter share price on April 13, the day before the bid. But it is well below the $77.06 Twitter crested in February last year. Before markets opened today, the stock was worth $48.45.

His motives are debatable. But if Musk is being serious about defending free speech, there is no guarantee the world will rally to his cause. Two recent unconnected but high-profile events show free speech is in retreat beyond the confines of Twitter.

The first was the decision by Ofcom, the UK communications regulator, to revoke a broadcasting license held by Russia Today (RT) on the grounds the Kremlin-controlled channel is not sufficiently impartial. Nor are dozens of other news outlets, such as the Chinese Communist Party's Global Times, and yet these remain accessible online. "Freedom of expression is something we guard fiercely in this country," said Ofcom CEO Melanie Dawes in her statement on the RT decision, with no apparent sense of irony or shame.

The other event was the slap administered by Will Smith to Chris Rock during last month's Oscars. Many were appalled, and Smith now faces a ten-year ban from the awards ceremony. But many others believed the violence was justified by the offensiveness of Rock's "GI Jane 2" joke about Smith's wife, who suffers from alopecia. Speech is not free when society accepts it can be met by physical aggression. In the immediate aftermath, Smith, not Rock, was perceived to be the evening's main victim.

An anything-goes Twitter would presumably not have banned Donald Trump in January last year, after the storming of the US Capitol by an angry mob of Trump supporters was blamed partly on the former US president's tweets. Such permissiveness would undoubtedly have alienated much of the Twitterati, a broad group generally regarded as left of center on the political spectrum. Twitter is already a daunting venue in which to speak up. With a laissez-faire Musk in charge, it could look scarier, not more attractive.

For the same reasons, some equity analysts do not share Musk's enthusiasm for free speech. In a research note sent yesterday, Brian Fitzgerald of Wells Fargo said he was "skeptical of the business case behind a more pro-free speech" Twitter. The main risk, as far as Fitzgerald is concerned, is a drop in brand advertising, currently responsible for 85% of Twitter's revenues, as major corporations fret about appearing alongside controversial content.

While Musk seems to think Twitter can secure more independence from these big brands through paid subscriptions, Wells Fargo is dubious. Interest is likely to come from the most engaged users, it points out, and ad monetization is much more than $24 per user annually, the level of spending Musk has proposed. 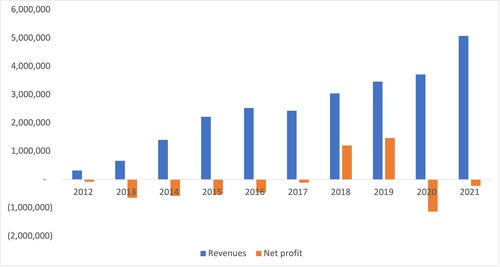 Twitter is hardly in crisis mode. Its MDAU numbers rose 25 million last year, and its revenues soared 37%, to nearly $5.1 billion. Owing to a litigation settlement, however, it reported a $221 million loss. It has been profitable in only two of the last ten years, generating a net loss of $1.1 billion over this entire period, and it looks as vulnerable as Facebook to the emergence of rivals holding greater sway over youngsters. Ask tweens to name their favorite social media site and the answer is likelier to be TikTok than Twitter.

Musk conceivably cares less than the average businessperson does about financial performance. He dreams of colonizing Mars, a scheme unlikely to bring a quick return, and has always seemed more of a wacky inventor than a wise investor. If the free-speech cause is what matters most to him in the case of Twitter, success might have to be measured differently. Big brands, moreover, would probably worry less if usage took off under Musk.

Unfortunately, none of this really solves the free-speech problem, which  in the absence of clear regulation  is that a few unelected billionaires decide what can and cannot be said online. Imagining Musk as the final arbiter of a platform that has billions of daily users must delight his acolytes just as it horrifies those who think free speech needs guard rails. That concentration of power in any individual's hands should alarm everyone.