Automation is fast emerging as the new buzzword in the telecom industry. But whether it is a neat label for an array of groundbreaking technologies, or just a euphemism for job cuts, it will hold interest for company shareholders and C-suite executives for one reason alone: its potential to fatten profit margins. (See NFV, SDN, Big Data – It's All About Automation.)

Of course, profit margins could receive a boost from sales growth, if automation can unlock new revenue opportunities for operators or persuade customers to part with more of their hard-earned cash. Switching off older and less efficient systems should also help, as Deutsche Telekom AG (NYSE: DT) intends through its pan-European network overhaul. (See DT's Pan-Net Still at Start of the Marathon.)

But the real boost will probably come from headcount reductions as telcos replace humans with machines across various functions. And that means shareholders may start to assess telcos in entirely different ways.

Having once pored over key performance indicators (KPIs) such as average revenue per user, your typical investor seems bound to grow more interested in metrics such as sales per employee -- especially as telcos are increasingly measured against highly automated Internet players with lightly staffed operations. Most investors would be delighted to hear a company such as Orange (NYSE: FTE) say it could generate the same sales with a fraction of its workforce. 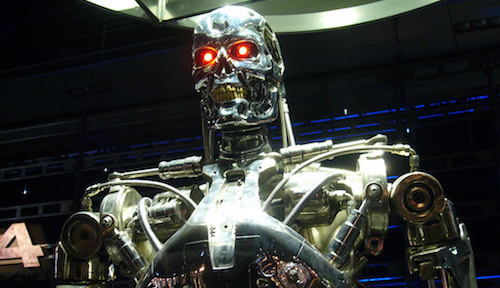 Automation will lead to the termination of roles throughout telco organizations, with staff in customer-facing jobs looking especially vulnerable.

That automation could wreak havoc in the workplace is widely acknowledged but rarely discussed in any depth in the communications sector. No telco, and especially none that counts the state as a shareholder, wants employees and the general public to know it is plotting mass layoffs while sales and margins are holding up.

Instead, telco executives are trumpeting investments in technologies that will support automation while they downplay or remain tight-lipped about its impact on employees.

It seems inevitable that Vodafone UK's use of artificial intelligence (AI) for customer services will destroy jobs in contact centers, for example, and yet Vodafone UK prefers to focus attention on how AI will "change the nature of the advisor role" for those who survive a cull. Telefónica is similarly coy about the workforce implications of Unica, its network virtualization initiative, even though it brandishes a target of switching off 80% of its operational support systems in future. Deutsche Telekom expects to save 1.2 billion ($1.4 billion) by 2020 through its Pan-Net project, which will replace all country-based systems with a single European network. But it never mentions layoffs when discussing these savings. (See Chatbot Takes Charge: Vodafone's Customer Services Overhaul and Telefónica Plots Unica Expansion.)

Quite possibly, that is making it hard for pundits to estimate how many jobs could disappear. "Network automation is expected to displace jobs in the industry, particularly those of field workers engaged in maintenance and configuration of network systems," Accenture and the World Economic Forum say vaguely in a report on digital transformation published earlier this year.

A "fundamental shift away from large hardware deployments could impact thousands of jobs in the industry, particularly those related to network deployment and maintenance," add the report authors later. Nowhere do they attach a number to these conjectures. Yet they are happy to predict that Internet of Things services will create 400,000 new roles, and that new "open" approaches to innovation could generate another 90,000.

Next page: Rise of the machines

See computer controlled autos.  Still need repair services once the computer can no longer compensate for the problem.

So, your resume will say "Saw 20 Youtube videos on some topic".  How will your actual skill be tested?  How will anyone know that the videoes are any good?  I am guessing that this means that you will need some form of standardized testing body (like a college) that has accreditations to test (like a college).  Online classes, videoes and systems are all used extensively in today's higher education.  What I don't see is any HR person saying, "Wow, you watched a Ted Talk?  Probably ready to be our CEO!"

If instead you are pitching online universities, they already exist and are not free and issue pieces of paper.

kq4ym 9/10/2017 | 8:42:35 AM
Re: Not just about profit The loss of "traditional" jobs is probably a certainty as AI takes hold and the IoT devices take over for those folks who normally monitor stuff from machines to even computers. How about service jobs that might call for a repairman, but a device instead will monitor for problems and even fix it without human hands?
Reply | Post Message | MESSAGES LIST | START A BOARD

Joe Stanganelli 9/6/2017 | 7:30:34 PM
Re: Not just about profit @Phil: This is why I think the education bubble is getting ready to eventually burst, and that traditional "degreed" education has become irrelevant. Almost all the knowledge and skills you could want can be had via the Internet. What's more important: actual skills and knowledge, or a piece of paper that cost more than $200,000?
Reply | Post Message | MESSAGES LIST | START A BOARD

Phil_Britt 9/3/2017 | 9:29:01 PM
Re: Not just about profit I agree, one has to be able to learn new skills. Heck, I learned how to type on an Underwood manual typewriter. But there are an increasing amount of articles about employers in a variety of fields lamenting about poor job skills, but the cost of education has skyrocketed. How many years does a teacher need to go to school and at what cost? Then look at what a teacher is paid. Engineering is a little different, but too many employers want to get by on the cheap.
Reply | Post Message | MESSAGES LIST | START A BOARD

Joe Stanganelli 9/2/2017 | 1:14:18 PM
Re: Not just about profit @Phil: I'm not disagreeing with your fundamental points, but the problem is the vicious cycles created and perpetuated by the "traditional wisdom" of HR departments.

Most jobs are actually learned on the job, on the most part, and there is always an adjustment period. Sure, there may be some rudimentary skills required, depending upon the scenario, but there are truly few jobs out there that genuinely require the x years of experience that job descriptions/HR departments demand.

"Has this person done this exact job or a job very similar to it before?" is a losing proposition. The better question is "Can this person do the job well?"
Reply | Post Message | MESSAGES LIST | START A BOARD

Degrees and Education are not the same thing.

However, if you want to get a new job then a degree is infinitely more valuable to get past the screening process than attending a workshop.

If you are asking people to provide On-The-Job-Training, then I think I get that if you have good employees into near career roles.  But what I thought people were talking about is training an employee to enter a new field.  That is more than attending 1 or 2 classes.  Turn a field tech into a Software Engineer.  That is the kind of retraining that needs to be done here.  I don't feel that this is the sole reponsibility of a company.  I think any such forward-looking retraining is a joint venture.

In this joint venture, the company would help the employee get them repositioned in their career arc.  In response to that cost, the employee would have to provide some guarantee they are not going to leave.

Right now the employment market is very tight.  But companies always complain (hell they were complaining in 2010), about employee availability and cost.  That is why people build facilities in India and China.  In a linear path today, you would postulate that all engineers will be in China.  They are lower cost and are graduated at a scale that is incredible.

I think the right kind of solution for the US involves industry, government and individuals.  The person has to commit.

I come from a very small town in Upstate NY.  I remember in the 70s when NY changed the enviromental laws and all the Paper Mills and similar Factories exited NY to go to the South.  People in that town were out of jobs.  There was no new business that suddenly appeared to employ them.  So, huge numbers of those folks went on Welfare.  There was no real plan for everyone.  And the area struggled.  If retraining would have been offered, some would have taken it.  But not sure where they would be employed.

So, think not just about job skills but locality and then employer.  I think this notion that companies are going to spend a lot of money to reposition employees in bulk is not going to happen.  Can it happen in a way that there are indivduals that can do it as part of a process?  I think so.

But let me pose another question to you.  Let's say AT&T buys an IBM Watson product and uses it to reduce Customer Service Staff by 50%.   What is IBM's responsibility to retrain employees?  Is it any less than AT&Ts?

Phil_Britt 8/29/2017 | 1:51:23 PM
Re: Not just about profit No degrees and education aren't the same -- as pointed out in the Wizard of Oz. Remember, the Wiz told the scarecrow "a lot of people don't have a brain, but they have one of these." And then handed the scarecrow a college diploma.
Reply | Post Message | MESSAGES LIST | START A BOARD

Joe Stanganelli 8/29/2017 | 1:48:24 PM
Re: Not just about profit Moreover, the whole idea of "tuition assistance" -- while laudable -- perpetuates the false notion that training/education = degrees.
Reply | Post Message | MESSAGES LIST | START A BOARD

Joe Stanganelli 8/29/2017 | 1:47:07 PM
Re: Not just about profit @brooks7: Sure, getting up on training can certainly make one more marketable. I don't think anyone's denying that.