The Anatomy of Automation: Q&A With Cisco's Roland Acra

From the Founder Steve Saunders, Founder, Light Reading 12/7/2017
Unless you've been living in North Korea for the last couple of years you will have noticed Cisco Systems has undergone a pretty major techno-cultural shift. Cisco's big-name telco legends of yore (Pankaj Patel, Kelly Ahuja) are gone, and the vacuum they left is being filled by enterprise cloud folk.

Cisco Systems Inc. (Nasdaq: CSCO) has always been split between two orders: telco and enterprise -- a bit like the light and dark sides of the force in Star Wars. And today the balance of power within Cisco has clearly shifted to the enterprise cabal.

That's put the wind up some of Cisco's service provider customers, including several carrier executives at Light Reading's annual Executive Summit this week in Prague, where Cisco was a conspicuous no-show for the first time in the event's four-year history. As one exec told me yesterday: "Cisco looks like it's exiting telecom."

I'm not sure that's the case so much as Cisco trying to move everything -- enterprise and telco -- into a cloud: public, private, and hybrid.

It's a strategy that has proven problematic for Oracle Corp. (Nasdaq: ORCL), and Hewlett Packard Enterprise . But then Cisco's cultural DNA is stronger than either of those companies.

And if "cloud everywhere" is indeed its strategy, much of the responsibility for making it work across both enterprise and service provider networks falls to Roland Acra, SVP & GM of Cisco's Data Center Business Group. This is where Cisco has parked most of the tech that will be used to build virtualized, automated and profitable networks (stuff like predictive analytics, application modeling and policy enforcement). 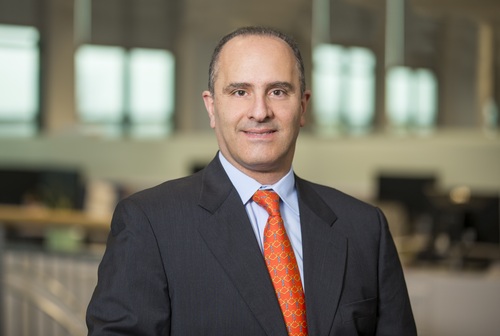 Roland has a bunch of degrees, which we're not especially impressed by (I mean, who doesn't have a Master's degree in Engineering from the Ecole Nationale Supérieure des Télécommunications in Paris? Oh, wait, I don't.)

And, like me, he's also a serial successful technology entrepreneur which, conversely, is obviously very impressive.

But perhaps his greatest skill is the ability to speak eloquently and authoritatively about some of the knottiest technology challenges ever faced by the communications industry. These are problems which every organization -- enterprise or telco -- must wrestle with successfully if they are to reinvent themselves as 21st century communications businesses. Or as Yoda put it: "Do. Or do not. There is no try."

Read on for the wit and wisdom of Roland Acra...

Steve Saunders: Hey Roland -- tell me how you ended up back at Cisco.

Roland Acra: I was working on a project of my own, looking at how ready we are to automate large, complex networks, by leveraging data and learning algorithms. That's a big, fat word, "automation" -- and I was focused on identifying the processes that can be modeled, and automated, to make them less manpower-intensive, and more predictable.

I was working through all that when Cisco reached out about ten months ago, and I realized that what Cisco was doing in the data center, particularly on the software side, with the analytical tools and the intent-based software capabilities, overlapped completely with my interest areas. And I thought, well, I can go and build all this from scratch -- build a company, raise funds and so forth -- or there's a platform right there at Cisco for me to make all this a reality, now. And that's how I ended up back at Cisco.

SS: Okay. Did you take over an existing team at Cisco, or build a new one?

RA: Existing team. The purview of what we call the data center group at Cisco includes all the switching infrastructure that goes into data center, and that covers assets like actuation, and the analytical frameworks for policy and for security and so forth.

Next page: Automating the data center