Telenor Chopped 10K Jobs Last Year, & It's Not Done Yet

Brutal automation has found one of its most enthusiastic practitioners.

Norway's Telenor last year cut nearly 10,000 jobs, about a third of its entire workforce, as it tried to boost profitability amid steadily shrinking sales.

Not all those jobs were lost to machines. In March 2018, Telenor sold businesses that employed 4,911 people in central and eastern Europe to a private equity company called PPF Group. Telenor Microfinance Bank, a banking platform previously attached to its Pakistani business, was also spun off, reducing headcount by another 3,000 roles.

Toward a Zero-Touch Business 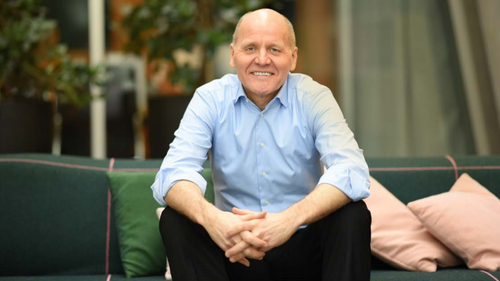 Telenor's Sigve Brekke presides over a company whose workforce has shrunk dramatically in the last two years.

But around 2,000 jobs cuts were linked to process automation and the shift to more "digital" sales channels and systems, under plans that were first announced for the fourth quarter of 2017. And the Norwegian operator, whose diverse array of subsidiaries span Nordic and Asian countries, is not yet finished. Its efforts to boost profits will claim 2,000 jobs annually "toward 2020," a spokesperson for the company told Light Reading. A merger of its Asian business with Malaysia's Axiata is likely to result in further cuts, if the talks announced last week lead to a deal.

Automation and the sale of assets have had a huge impact on Telenor's workforce in the past few years. In 2016, Telenor had around 37,000 employees in total across Europe and Asia. By the end of 2018, that figure had shrunk to just 20,832.

Divestments have not always led to job losses, of course. For staff who worked in central and eastern Europe, Telenor's sale to PPF Group meant gaining a different employer. In 2017, some 4,010 employees in India joined Bharti Airtel when that company acquired Uninor, Telenor's Indian business at the time.

Yet this merger activity has gradually whittled down the telecom workforce as overlapping roles have been cut. And there could be more to come.

Last week, Telenor flagged talks with Malaysia's Axiata about a merger of Asian assets that would create one of south Asia's biggest telcos, with around 300 million customers and annual sales of about $13 billion.

That deal seems bound to mean job cuts in Malaysia, Myanmar, Pakistan and Thailand, where Telenor and Axiata would be combining their existing operations. Telenor is looking at synergies of around $5 billion from the merger, it indicated in its statement about the possible tie-up.

In the meantime, job cuts unrelated to merger activity put Telenor in the vanguard of the industry march toward a more lightly staffed and heavily automated business.

In 2017, Arash Ashouriha, the deputy chief technology officer of Germany's Deutsche Telekom, coined the expression "brutal automation" to describe the process for arriving at "zero-touch network service management with no human involvement."

Telenor CEO Sigve Brekke has subsequently made automation a priority for his business, and not tried to conceal the implications for the workforce. During an earnings update in January last year, Telenor boldly proclaimed that automation and digitization would deprive 6,000 employees of their jobs by the end of 2020. "Our efforts toward digital transformation, simplification and efficiency continue, with an increasing focus on structural improvements," wrote Brekke in Telenor's annual report for 2018.

Becoming sleeker and more efficient is crucial for Telenor because sales are on the slide. In 2018, it registered an organic revenue decline of 0.6%, reporting overall sales of 110.4 billion Norwegian kroner ($12.6 billion), but managed to cut operational costs by 3%, or NOK1.2 billion ($140 million).

The impact of cutbacks on operational efficiency has been dramatic. In 2017, Telenor made about $463,000 in annual sales per employee, using today's exchange rates. Last year, its per-employee revenues were up to $605,000.

That increase was one of the biggest in 2018 among the operators regularly tracked by Light Reading on this measure. Only CenturyLink, which has made similarly aggressive cuts to its workforce, seemed to outperform Telenor in terms of a percentage improvement, managing about $521,000 in per-employee revenues last year, compared with $347,000 in 2017.

Telecom-sector jobs are now disappearing on various fronts. The rise of the "chatbot," a customer service tool powered by artificial intelligence, has reduced the need for people in customer service departments.

On the network and IT side, meanwhile, investment in software technologies and outsourcing to cloud-computing providers is also hammering jobs. Three, a mobile operator in the UK, recently announced plans to axe two thirds of all technology and operations jobs because of automation and digital transformation, for instance.

But if these are worrying times for workers, they are uncertain ones for the investment community. Telenor's share price in Oslo has barely changed since February 2 last year, when it first talked up its automation strategy, reflecting some market concern about the focus on efficiency.

Telenor might have demonstrated that automation can boost profits. The Norwegian telco has yet to prove it is a positive thing for sales.