DENVER -- Intel Network Builders' Summit -- Pooling resources from around the company, Nokia has built an NFV implementation that it says could help the technology go cloud-native.

AirGile, announced early in September and still a work in progress, aims to let network operators move applications to any part of the network and to any cloud. "It shouldn't matter what the underlying stack is," said Sandro Tavares, Nokia's head of core cloud marketing.

But there's another aspect that's more immediately practical. Nokia Corp. (NYSE: NOK) has created a shared database that all VNFs can tap -- which means VNFs can now be stateless.

That's important because state -- all the temporary information about a session-in-progress -- can be awkward in a cloud-native setting. Take scaling, for instance. During peak periods of demand, cloud-based applications can add resources by spawning new virtual machines or containers. But those new resources have no idea what's currently happening in the network; they don't know anything about state. 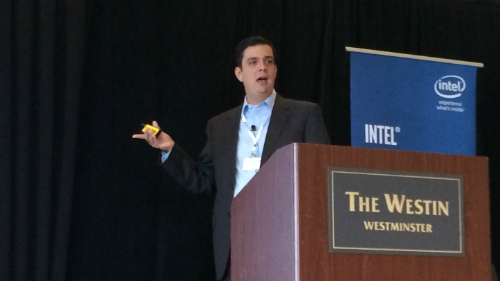 So, Nokia decided to store all sorts of data -- subscriber information, policies and session information -- in one spot, figuratively, called the Shared Data Layer. This way, "everything is centrally available to every VNF in the network," Tavares said.

Now, when those new VMs or containers spawn, they can go look up the state information they need. (This also helps solve a problem with containers, which are inherently stateless upon creation.)

"The VNFs from now on are only going to have the business logic. They are stateless machines," Tavares said.

Statelessness is not just a Nokia obsession; it's "one of the tenets of cloud-native," writes Heavy Reading Analyst Rosalyn Roseboro in an email to Light Reading. But supporting them is only one issue among many when it comes to creating cloud-native architectures. That's going to be the subject of one of Roseboro's panels today at Light Reading's NFV & Carrier SDN conference here. (See Charting the Course to Cloud-Native.)

The Shared Data Layer is a descendent of Nokia's Subscriber Data Management database, with some modifications to make it better suited for the cloud. All VNFs use the same logical connection to reach the Shared Data Layer, but physically the database doesn't sit in one place. Multiple copies exist for purposes of redundancy or low latency.

Keeping it open
AirGile incorporates NFV and cloud efforts from many different parts of Nokia, including the company's previous NFV-related work on voice over LTE (VoLTE) and the mobile packet core. It also includes CloudBand, the management and network orchestration (MANO) platform that originated with Alcatel-Lucent in 2011. (See AlcaLu Unveils Its Carrier Cloud Play.)

While AirGile is still in development, some parts have been deployed by carriers. One implementation, as Tavares told Light Reading after his talk, is in China, where one operator uses it to support a service for short-term phone numbers -- the kind you might put as the contact info on a Craigslist ad (or China's equivalent, if there is one).

Nokia is playing the "open" card with AirGile, providing a portal where developers can grab the relevant APIs and access a sandbox for trying out code. The company is also contributing the interface between the VNFs and the Shared Data Layer, opening the possibility for third-party VNFs to participate in the architecture.