As the former capital of the Ming dynasty, the Chinese city of Nanjing is home to some of China's oldest buildings. This week it gained one of its most contemporary. Sweden's Ericsson had already owned a Nanjing factory that cranked out 4G and 5G radio equipment, most of it destined for Chinese operators. After an 18-month overhaul costing 500 million Swedish kronor ($52 million), that factory today ranks among the world's most advanced, says the company.

The makeover serves two purposes that align with current trends. The first is to bring further automation into the factory environment and reduce manual effort. In the new "smart factory," as Ericsson calls it, assembly and packing lines are fully automatic. Testing equipment has also been modernized so that Ericsson can more rapidly introduce products into the market. Artificial intelligence is used to recognize components in the production line. With cellular connections embedded in machines, alerts can be triggered when there are faults or delays.

When Machines Take Over 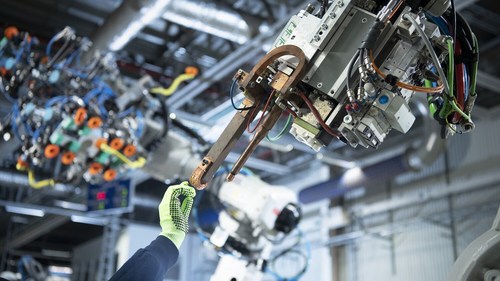 Smart factories operated by Ericsson and its customers are reducing the need for humans.

This type of extreme automation will obviously have an impact on the local workforce. At the time of publication, Ericsson had not responded to a question about staff numbers at the Nanjing factory before and after the revamp. But another planned smart factory in the US is expected to employ as few as 100 people when it opens. That US facility also means Ericsson will no longer require the services of Jabil, a Florida-based partner that makes 5G equipment. "It will take over all production activities in the US," an Ericsson spokesperson previously told Light Reading.

Ericsson had 13,334 employees in North East Asia at the end of June, according to its last earnings statement, and the number is up from just 12,303 a year earlier. That contrasts with the reductions happening elsewhere in the business. Desperate to restore profitability after several difficult quarters, and keen to offload assets no longer deemed of "core" strategic value, CEO Börje Ekholm has cut around 16,700 jobs since taking over at the start of 2017, giving Ericsson a workforce of 94,756 employees at the end of June. The main savings program is largely complete, but Ericsson is still looking for ways to boost efficiency. With extensive factory automation, the workforce trend observed in North East Asia might go into reverse.

The other purpose of the smart makeover is to redesign the international supply chain and bring Ericsson closer to its customers. When globalization was in vogue, equipment vendors used heavily staffed factories in low-cost countries to produce gear for an international audience. Against the backdrop of a trade war between China and the US, the smart factory gives Ericsson a more economical way to produce equipment in the markets where it will eventually be used.

For all the latest news on automation, check out our dedicated automation content channel here on Light Reading.

Besides shortening delivery times, localization could also guard against what Ericsson called "geopolitical turbulence and trade frictions" in its last earnings statement. Those, it warned, might "be disruptive to Ericsson's international supply chain and export/import activities (including component supply, manufacturing, sourcing and deliveries of products and services)."

One specific goal may be to address concern about interference by foreign government agencies in the production process. Worried that Chinese authorities could introduce spyware into products assembled on Chinese soil, US hawks have reportedly urged Ericsson not to use Chinese facilities when making 5G equipment for US operators.

Whether or not its investment in a US smart factory comes partly in response to that pressure, the company now has smart factory plans in China, the US and Europe, where it is using automation, cellular technology and augmented reality to improve operations at a facility in Estonia. If these investments deliver the hoped-for benefits, others could follow.

Still, a question mark hangs over the future activities of Western vendors in the Chinese market. The US campaign against Chinese equipment giant Huawei has long risked provoking a backlash against Ericsson and Finland's Nokia. In July, Kristian Pullola, Nokia's chief financial officer, warned of a possible China pullback amid signs of growing support for local vendors. Since then, a recently concluded network-sharing deal between Telecom and Unicom, two of China's three state-backed mobile operators, may dampen demand for new 5G equipment. If China is determined to support Huawei, Ericsson and Nokia could end up as the main losers.

The Swedish company, which derives about 12% of its revenues from North East Asia, has been eager to grow its market share in China under Ekholm's leadership. The smart factory could certainly help it to bring more competitively priced gear into the market, giving operators more reason to pick its products. But heavy reliance on machines as opposed to Chinese workers could bother a government perennially worried about unemployment. In the event of Chinese resistance, the smart factory would not seem like the smartest move.