Bread queues were a common feature of life in the former USSR and the expression could acquire similar relevance for staff at the UK's BT if the communistic Labour Party wins an upcoming British general election on December 12.

That would not be down to any supply-and-demand imbalance caused by the new command economy but simply because employees at the UK telecom operator will be on the breadline if a Labour government takes charge, judging by the details of a plan to take a major chunk of BT into public ownership.

Unanimously derided in broadband, tech, business and non-Labour political circles, that plan estimates the annual operating costs of a nationalized BT operating a full-fiber network at £230 million (US$297 million), a sum that Jeremy Corbyn and John McDonnell, the respective leader and his economic supremo, expect to cover by imposing additional taxes on "multinationals" like Google and Facebook. Consumers will not be charged directly for their broadband services.

Not all of BT would be nationalized. The renamed British Broadband, according to Labour's statement, would include: Openreach, BT's fixed-line infrastructure business; BT Enterprise, which sells telecom services to business customers; BT Consumer, which does the same for ordinary folk; and parts of BT Technology, the bit responsible for networks and IT systems. Left behind in private-sector hands would be: EE, the mobile operator BT bought in 2016; Plusnet, a low-cost broadband unit; Global Services, the enterprise IT arm; BT TV, which, unsurprisingly, offers TV services; and a few other parts that have nothing to do with broadband.

This would be far messier than carving up your average Christmas turkey. EE is now a part of BT Consumer, for instance. Dissecting the Technology function could be a grisly disaster. But the scheme would certainly leave British Broadband with far fewer than 106,700 employees.

How many is not easy to calculate. Openreach has about 33,200 employees, according to BT's latest annual report, while Enterprise adds another 16,600. There were 19,700 workers in Consumer, with EE claiming on its website to employ 15,000 people. That implies just 4,700 employees work for non-EE parts of the Consumer business, although it seems likely that some EE staff ply their trade in the Technology and other divisions. In total, other departments account for about 23,800 employees.

But even if British Broadband includes only Openreach, Enterprise and another 5,000 employees, it would have nearly 55,000 members of staff. That equals a wage bill of about £2.2 billion ($2.8 billion) under BT's current pay arrangements, ten times Labour's budget. To make the numbers add up, Labour would have to pay each worker just £4,000 ($5,170) on average -- an amount that would have gone far in Stalinist Russia but won't last long today. 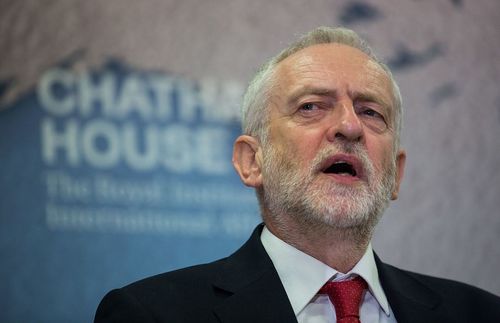 Labour could always embrace automation and artificial intelligence and attempt to run British Broadband with a small team of people and an army of unpaid robots. But this would not be a move in keeping with its socialist ethos. Moreover, Labour has promised that "all current workers in broadband infrastructure and broadband retail services will be guaranteed jobs in the new public entity and be guaranteed the same or better terms and conditions."

To cover the costs, a Labour government would have three options: Tax multinationals even more punitively than it already plans; bleed UK residents dry by raising other tax rates; or abandon its promise of free broadband. Whatever the outcome, someone would have to pay.

Current opinion polls suggest that British Broadband isn't likely to make it any further than the Labour policy team's drawing board, but three weeks is a long time in politics...