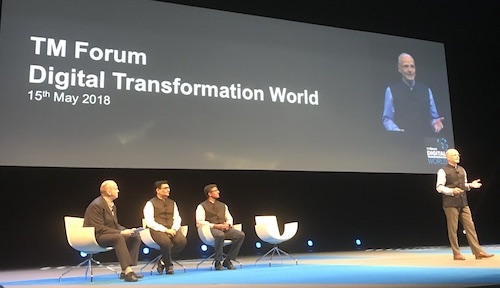 Rage against the machine
Without splashing this generous dollop of open source over its networks, RJio fears it will not be able to scale up fast enough in the coming years. Working with SAP on a closed system for billing and charging took as long as a year, notes Shah. "I don't think we will have that time in the future," he says. "We are building our own capabilities."

But these comments beg two obvious questions. First, why did RJio start off with licensed rather than open source technologies? And second, what does the shift to open source mean for existing partners? After all, a company like Cisco Systems Inc. (Nasdaq: CSCO), which RJio has used in its network, is not known for its commitment to openness. (See Cisco Bows to Carrier Demand for Software Outside the Box.)

Shah says a decision to start with proprietary technologies was taken largely because open source was insufficiently mature when RJio was booting up. "There are many things we've seen in the last three years that were not mature at first," he explains. "We wanted a strong and solid foundation."

He also downplays the threat to RJio's existing suppliers. A fair point is that the percentage of technologies using open source is growing as the network and business expands into new territories, including the enterprise and fixed-broadband markets. That means an open source push does not necessarily have to come at anyone's expense. In addition, nearly all vendors now have an open source strategy, including Cisco, says Shah.

What seems irrefutable is that an open source strategy will put further pressure on those vendors to adapt. If traditional suppliers cannot satisfy telco demands for open and interoperable technologies on more favorable terms, their business may eventually dry up, as operators turn instead to more flexible startups and in-house R&D.

RJio is certainly not afraid of tearing up the rulebook and taking risks: "Our most unproven solution was our billing and charging system," says Shah. "We were the only telco using SAP for online charging at scale." RJio settled on the German software company after deciding the usual suspects were interested mainly in supporting brownfield rather than greenfield operators. "SAP was hungry to get into this space and invested engineering time in adapting their products to principles that were sacrosanct to us," says Thomas.

Samsung, similarly, was chosen in preference to much larger RAN vendors as the main provider of 4G technology. Partly, it seems, that was because RJio also had a smartphone problem to solve, and Samsung could offer both network gear and handsets -- presumably under favorable terms. But Samsung was eager to show it could measure up on the networks side, according to Shah. "The product was solid and the engineering commitment was there," he says. "It was a business opportunity for them to prove they could do it."

RJio regularly makes headlines in Indian newspapers for the impact it has had, and continues to have, on the country's telecom sector. And while those headlines have naturally focused on the operator's marketing and commercial success, it could never have happened without an appetite for creative destruction in networks and IT. Like any decent rock band, RJio is still raging against the machine.