The introduction of artificial intelligence capabilities looks to be claiming jobs in Ericsson's service delivery units as the Swedish vendor tries to restore profitability through hefty cuts.

The struggling equipment supplier, which today reported a decline in sales and a widening of its net loss, laid off about 4,100 employees between July and September as part of a strategic effort to boost margins. (See Ericsson Sees Networks Progress Despite Mounting Losses.)

Carl Mellander, Ericsson's chief financial officer, told Light Reading that most of the cuts were in the service delivery area, where emerging technologies have allowed the company to slash jobs without hurting its business.

"There is a lot of automation now happening for real in the service delivery field," said Mellander. "We are introducing more machine learning technologies and predictive maintenance in service delivery." (See 'Brutal' Automation & the Looming Workforce Cull.) 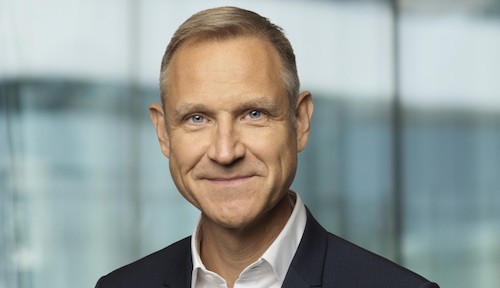 While Ericsson AB (Nasdaq: ERIC) has also been cutting staff numbers in the "common costs" area, most of the recent layoffs have affected service delivery units spread across various countries, with losses now confirmed in Ireland, Italy and Spain.

Determined to safeguard innovation, Ericsson has ringfenced its R&D unit from the redundancy program now underway and recruited another 1,100 R&D professionals during the recent third quarter.

That means the net headcount reduction at the company was about 3,000 employees, representing nearly 3% of Ericsson's entire workforce at the end of June.

Swedish press reports have previously suggested that Ericsson plans to cut about 25,000 jobs in total, or about 23% of its end-June workforce. (See Ericsson Plans 25,000 Job Cuts – Report.)

Peter Nyquist, Ericsson's head of investor relations, said this figure was just "speculation" and that Ericsson had not published a specific number or target.

Instead, it has indicated that it plans to reduce annual operating costs by around 10 billion Swedish krona ($1.2 billion) starting in mid-2018 and that it remains on track to realize those savings. Its overarching profitability goal is to boost its operating margin to about 12% from just half this level last year. (See Ekholm's Vision of Slimmer Ericsson Lacks Detail & Dazzle.)

"We are saying that we will look at [this] unit by unit and country by country and that will lead to reductions in certain units and places, but we don't have a global accumulated number [for layoffs]," said Nyquist.

Asked if Ericsson expected to maintain the pace of recent layoffs in the next few quarters, Mellander said: "In general, we can say we are accelerating this now. A lot of things happened toward the end of the third quarter when it comes to headcount and this will continue. We remain committed to the SEK10 billion [$1.2 billion] in efficiency savings by mid-2018 and that means unfortunately we have to say goodbye to colleagues and employees."

Mellander says he remains confident that cuts will not have a negative impact on sales but confirmed that Ericsson still wants to exit from some of its managed service contracts as well as non-core and underperforming businesses.

"We are doing this in a way so as not to damage long-term value," he said. "When we talk about the SEK10 billion [$1.2 billion] that is not related to adjusting to a lower topline. It is pure efficiency."

Earlier today, Ericsson said it had now exited from or renegotiated the terms of 13 managed services contracts, out of 42 that went up for review. That has led to an annualized profit improvement of SEK400 million ($49 million), said the company.

The company has also put its loss-making cloud hardware and media businesses up for "review," hinting at plans to sell those units. (See Ericsson Moves Closer to Media Business Sale  Report.)

"I would downplay the financial impact of the cloud infrastructure business," said Mellander. "We are pursuing options there but it will not have a serious impact on financials. When it comes to media we are making good progress. We have a process ongoing but I can't comment on it."

Ericsson today reported growing losses at both its media unit and its IT and cloud business, which includes the cloud hardware division, but pointed to signs of progress at its much larger networks business.

Even so, Mellander strikes a relatively downbeat tone when discussing future growth prospects. "We don't count on too much growth at the moment in the business. It is about controlling what we can control and getting technology leadership back in areas of focus."

The Swedish vendor expects the overall market for radio access network equipment to decline by 8% this year and about 2% in 2018 before stabilizing in 2019. It has also indicated that a narrowing of its focus will reduce sales in 2019 by about SEK10 billion ($1.2 billion), from about SEK223 billion ($27.3 billion) last year.

There is now some analyst concern that a shrinking market and a narrower focus will force Ericsson to make even more dramatic cuts to realize its margin targets.

Commenting on today's results, Mellander said that Ericsson's operating profit had been hit by a series of "one-off" costs, including SEK2.8 billion ($340 million) in restructuring charges and SEK2.3 billion ($280 million) in provisions for customers and project adjustments.

"Net of those we have an adjusted result of SEK0 that is more a reflection of the underlying business and actually better than market expectations," he said.

Ericsson's share price received a rare boost from today's update and was trading up more than 7.5% to SEK52.50 on the Stockholm exchange at the time of publication.