Telecom operators have never been known for their inventiveness when it comes to naming technology projects. While software developers have their Eclairs and Ice Cream Sandwiches, the average telco executive is likelier to get a 3GPP Release 16 or TR-355 Amendment 2. "There are sexier names in the software world," said Simon Fisher, a consultant with the UK's BT, during last week's Broadband World Forum in Amsterdam. "We could learn from that."

Deutsche Telekom's Access 4.0 team must have been thinking the same. Cookie Dough was the untypically sexy moniker they conceived for the June release of their software-based broadband design (literally SEBA, for SDN-enabled broadband access, with the SDN standing for software-defined network). That was followed in September by Dark Cherry, which brought some juicy new features. Next up is Eggnog, which arrives in December, presumably as Access 4.0 team members are knocking back the real thing. French Vanilla is lined up for March next year before a full production-ready platform appears in the fourth quarter.

The Day After Eggnog? 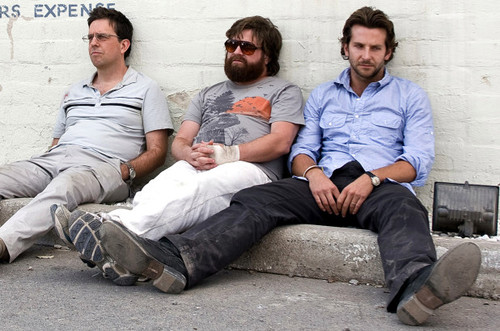 Deutsche Telekom must hope its Access 4.0 team doesn't end up with a bad hangover.

As with Telefónica's related OnLife plan to make a data center out of a central office, Access 4.0 has been a long time in the works. If all goes according to schedule, the new-look broadband technology will finally show up in a commercial network about three years after the project began. That points to the inevitable challenges of replacing dedicated broadband equipment with off-the-shelf chip components -- so-called merchant silicon -- and open source tools. But in a little more than a year, the industry should be able to see the fruits of Deutsche Telekom's labor. It could be instructive for other service providers keen to bring SEBA to life.

An important goal for the German incumbent is efficiency. Traffic on broadband networks keeps building while sales remain flat: Combined with automation, lower-cost technology that removes unnecessary components could help to protect margins. With the shift toward software, Deutsche Telekom should also be able to introduce new service features more rapidly.

Right now, perhaps the biggest incentive is to bring more competition into the broadband access network. In this way, no single supplier will be able to "control destiny," says a spokesperson for the Open Networking Foundation (ONF), an open source group whose tools feature in Access 4.0. This vision of a multivendor network currently explains much of the telco interest in software, virtualization and open source code. On the broadband side, Deutsche Telekom already has a clear blueprint for its multivendor design.

It looks complex, to say the least. Switching technology comes from Delta Networks, Edgecore Networks and RtBrick, with Broadcom and Hewlett Packard Enterprise contributing chips and servers. Long-standing broadband partner Adtran is bringing expertise in optical line terminals. Indian IT giant Infosys and US-headquartered Radisys are also named in a slide of vendors presented at the Broadband World Forum. Presiding over it all is Reply, an Italian systems integrator named as a "co-development partner." If SEBA takes off outside the Deutsche Telekom group, Reply could be in the hotseat.

Picking the right partners and software tools has not been a cinch. Deutsche Telekom had to be exacting with its requirements for application programming interfaces and patient when selecting providers. It has also had to work more like a software developer than a telco. Eight of its own engineers have accordingly been contributing to the ONF's "productization" initiative as part of a 40-person team. Robert Conger, Adtran's chief technology officer for the Americas region and head of its portfolio strategy, describes SEBA as a "crowd-sourcing model" that his company could eventually help replicate for other customers. "The more like-for-like customers are, the easier it is," he says.

Adtran's involvement in Deutsche Telekom's project also shows that open source does not answer every question. "It gives you building blocks but not a commercial-grade system," says Conger. "You need commercial-grade hardware and software to augment open source." Systems integrator Reply will be under real pressure next year to make something digestible from so many different ingredients. It may also need to fend off mounting concern that dependency on systems integrators is the new form of vendor lock-in.

In the meantime, the clock is ticking as the industry awaits a commercial deployment of Access 4.0. Deutsche Telekom is talking about a rollout in "multiple geographies" that starts in the fourth quarter of 2020. Any delays would be deeply unwelcome given the negative publicity that has dogged virtualization initiatives in the last year. The German operator must pray Eggnog is not followed by Hangover.