There's no doubt that Cisco Systems Inc. (Nasdaq: CSCO) is addressing one of the biggest challenges facing network operators in 2018 -- how to automate their processes. (See Operators Adopt Bolder Strategies for Automation , Cloudy With a Chance of Automation: Telecom in 2018 and Automation Opportunities a 'Top 5' Topic for BT, Says Tech Chief.)

However, implementing Cisco's automation tools could be a major job and represent a significant interoperability challenge, as the new Crosswork suite would need to work with other vendors' technology.

Want to learn more about network automation? Register today for Light Reading's Automation Everywhere on April 4 in Dallas. We will be tackling the business and technology challenges behind driving network automation. The event is free for communications service providers -- don't miss out!

Cisco Crosswork Network Automation is designed to solve multiple problems faced by service providers, such as: the time-consuming and error-prone process of migrating networks to new technologies or deploying new services; the difficulty in extracting network performance data that is locked in vendor silos; and the long time it takes to identify and remediate problems.

Crosswork is designed to mitigate those problems. "It enables service providers to have a self-healing and self-optimizing infrastructure without interrupting services and without human intervention," Davidson says. 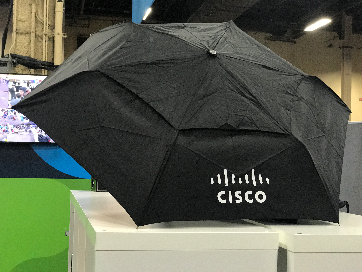 The technology is designed to optimize "time to value" -- reduce the time between service providers coming up with an idea to actually developing, deploying and charging for it. Crosswork is also designed to reduce "time to remediation," by speeding up problem fixing and, through the introduction of automated processes, reducing the number of problems caused by human error.

"Closed loop" means that problems can be detected and remediated without staff involvement. The first time a problem comes up, staff might need to solve it manually, but after that, staff can automate the process so they don't have to manually solve the problem again, Davidson said.

In addition to those two existing tools, Cisco also announced five new products for the suite on Tuesday:

Service providers today spend three or four times more on operations than they do on infrastructure; the Crossworks suite is designed to reduce those operating costs and free up resources for transformation, Davidson says.

Crosswork is an extension of the company's "network intuitive" strategy announced in June. The company is pinning its hopes on making the transition from selling products to recurring revenue based on software and cloud services, and network automation is the foundation of that. (See Cisco's 'Network Intuitive': A Risky Transition.)

Network automation on the scale that Cisco envisions is an ambitious project, requiring a vendor with global scale to deliver it. And Cisco is one of only a few vendors in the world that has that kind of scale.

But if Crossworks is to be implemented it will need to interoperate with technology from multiple vendors, which Cisco -- despite its stated commitment to open APIs and open source -- may find problematic.

"Everyone recognizes that the only way to efficiently and cost-effectively manage rapidly growing networks at scale will be through automation," Roseboro says. "Service providers certainly want this. The challenge is always integration. Very few, if any, networks of any size are single vendor." Even when vendors claim to be open because they have open APIs, they are unlikely to manage another vendor's equipment as well as that other vendor.

"More neutral software-only solutions seem to me to be more likely to get good access to others' equipment, since they are not a competitive threat," Roseboro says. "This is how the OSS market has always worked, and why OSS systems exist in addition to EMS [element management system] software from the vendors."

Crosswork will be attractive to Cisco's service provider customers "but the cycle will be long," Roseboro says. "Each service provider will need customization to make this work. This is a huge endeavor that can't be handled by a turnkey solution." That's why Cisco is including professional services as part of the package, she notes.