OTTAWA -- As networks become increasingly complex, Ciena is focusing on simplifying operations by providing more analytics in each network layer and "increasing the intelligence of the network," says CTO Steve Alexander.

During Ciena's annual Vectors Event in Ottawa, Ontario, Light Reading spoke with Alexander about the company's approach to increasing analytics and automation capabilities in the network. In part one of this series, Alexander discusses how Ciena Corp. (NYSE: CIEN) has taken a different approach to the industry trend toward autonomous networks, promoting the "Adaptive Network" as a way for the network to react to unanticipated changes in traffic, connectivity and services. (Read part one here: Ciena CTO Says No to Skynet, Advocates Adaptive Networks.) 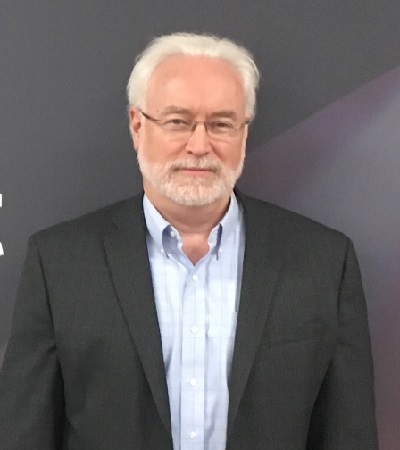 In part two of the series, Alexander tells Light Reading about Ciena's strategy for injecting analytics and intelligence into the network, why the company acquired Packet Design and what that means for Ciena's analytics capabilities, and also examines how new US regulations will impact ZTE's position in the market, market expansion opportunities in Asia and more.

Steve Alexander: One of the biggest changes we've been driving is moving away from static networks where you have the concept of a 40G, 100G, 200G or even a 400G network. We believe the basic rates will become adjustable and there are some emerging technology standards like FlexE (FlexEthernet) and FlexO (flexible optical transport network protocol) that allow the basic rates of the network to adapt in 25G increments.

I would say it's the move away from static-defined rates to adjustable and adaptive rates -- that's probably the biggest change. That requires the addition of intelligence and analytics. Liquid Spectrum has a lot of those components in it such as the margin meter. Margin is the difference between how much power or energy you need to close a link and how much you really have. Generally you always have more than you need -- it's like looking at how much gas you have left in your tank before you need to fill it up.

You're basically spending money to keep this margin in your network. You put it in there for end of life repair, in case something happens -- you have some extra. But it's also a little like money in the bank that you don't get interest on, it's there but you can't access it very easily. You're putting all the money in the infrastructure, why not let yourself monetize it up front? With margin meter, you can track what the margin is and if something does happen in your network -- the fiber gets cut or someone digs up your cable -- and you need that margin for repair, you can change the way the network is behaving and use that margin. (See Ciena Adds Apps for Optical Network Flexibility and Leading Lights 2018 Finalists: Most Innovative Telecoms Product .)

KZ: What else is next for optical transport -- adding more capacity, becoming more software-centric?

SA: Both -- we'll continue to add capacity, we'll go faster and the rates will continue to increase -- four, six, eight, ten times -- we'll continue to go up in terms of data rates. We'll expand the bandwidth on the fiber from the C-Band from where we are today, the C+L band, and other bands are available although some have physics limitations on what you can do.

A lot of the emphasis going forward will be on increasing the intelligence of the network. Capacity is absolutely critical and important but when you look at the Internet of Things coming at us -- complexity is also a huge piece because of the sheer number of devices on the network and the number of locations the network has to go. Mitigating that complexity and abstracting it -- using software intelligence to make it simple -- will be a key piece moving forward.

You didn't have to read a manual to figure out how to use your smartphone even though it's much more complex than your old feature phone that came with a manual. The smartphone has so much more capability but the user interface and intelligence built into it abstracts away that complexity so you don't even know about it. That's one of the ideas we have to do with the network as well.

KZ: Is that where Ciena's acquisition of Packet Design comes in, helping with some of that automation?

SA: Packet Design has a number of pieces to it, one of the easiest is analytics for Layer 3. Our current service, equipment and solution offerings provide lots of analytics at Layers 0, 1 and 2 up through the Ethernet with some limited capabilities at Layer 3. Bringing in Packet Design, there's a lot of capability now at Layer 3 to look at the analytics now and understand what's going on at the IP layer. We think there's a lot of value overtime from mining analytics on all the different layers together.

To your point, there are going to be additional automation opportunities. They have a number of solutions they've put into market. The first thing will be Layer 3 analytics. (See Ciena Snaps Up Automation Expert Packet Design, Suffers Margins Glitch.)

KZ: And eventually extending the capabilities of the Blue Planet platform as well?

SA: Blue Planet can already talk to Layer 3, but replicating what Packet Design did for analytics would take a long time. Once we saw their capabilities on analysis and ultimately on control, we thought it was better as an acquisition than trying to replicate it, it would have taken too long.