CenturyLink Inks $1.6B Networking Deal With US Interior Department

CenturyLink is the winner of a $1.6 billion deal to modernize networks for the US Department of the Interior (DOI). The agreement includes SD-WAN, multicloud connectivity, security services and more.

The service provider will design, build and run the DOI's enterprise network "from end to end," according to CenturyLink's announcement last week.

The deal -- technically known as a "task order" -- is part of a bigger, US General Services Administration (GSA) Enterprise Infrastructure Solution (EIS) program spanning 15 years and costing $50 billion. "It gives federal agencies the flexibility and agility to migrate to modern communications and IT services that meet strict government security standards," CenturyLink noted. 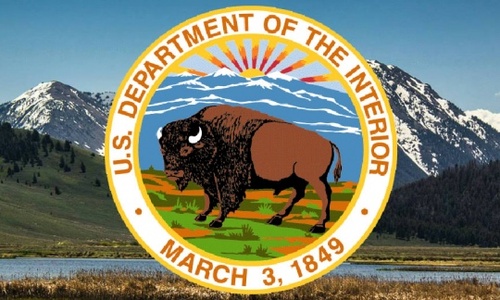 CenturyLink was the first operator to clinch a deal as part of the EIS program when it landed a contract to modernize NASA's network in April 2019.

Learn more about how the cloud is transforming the service provider sector at Light Reading's Cloud content channel.

CenturyLink will provide a range of technologies spanning the entire DOI infrastructure, which delivers services to more than 65,000 employees, 280,000 volunteers and 2,400 operating locations: The services will include newer options such as SD-WAN and cloud connectivity, as well as more traditional connectivity services such as Ethernet private line, Sonet, MPLS and IP-VPN, says Dave Young, CenturyLink SVP for the public sector.

Security is a big part of the deal: CenturyLink will implement Managed Trusted Internet Protocol Services (MTIPS) and zero-trust networking for the agency, Young says.

Automation will be a guiding principle, letting machines handle the routine work of security and network operations, and freeing up humans to focus on higher-level activity and exceptional situations that the machines can't handle, says the CenturyLink man.

Emerging technologies such as 5G and private networks will be explored for future implementation, Young says. Those technologies are not yet ready for prime time for the Interior Department, but they'll be explored as part of the long-term relationship between CenturyLink and the agency. "It's not just a one-and-done," says Young.

The DOI has the broad mission of conserving and managing US natural resources and cultural heritage, as well as maintaining responsibilities and commitments to groups including American Indians and Alaska Natives. It includes the National Park Service, US Fish and Wildlife Service and US Geological Survey.

Why this matters
In landing this deal, CenturyLink is showing how meaningful business can be won by traditional telcos, with an emphasis on secure, reliable connectivity services. While some providers are trying to compete with the hypercloud giants and OTT providers on their own turf -- with disappointing results -- CenturyLink is providing value-added services to enterprises that the likes of Amazon Web Services and Microsoft Azure are some way from being able to match.