Deutsche Telekom's Axel Clauberg bristles at the description of the Telecom Infra Project (TIP) as "Facebook's TIP." The social network is just one of 500 TIP members, he points out. A soon-to-be-formed TIP working group on artificial intelligence (AI) will have the German telco and Spain's Telefónica as co-chairs, not Facebook. (See Facebook's TIP to Launch AI Working Group.)

But there is no denying that TIP's mission of lighting a fire under the moribund network equipment market was the brainchild of Facebook. And it is Internet giants like Facebook that Deutsche Telekom AG (NYSE: DT) and other telcos are now unashamedly desperate to emulate. "We are using stone-age tools while the Internet companies have laser swords," said Clauberg, Deutsche Telekom's vice president of transport, aggregation and IP, during the SDN NFV World Congress in The Hague this month. "I'd prefer those to an axe." (See TIP Players Voice Open Source Misgivings.)

Much Better Than an Axe 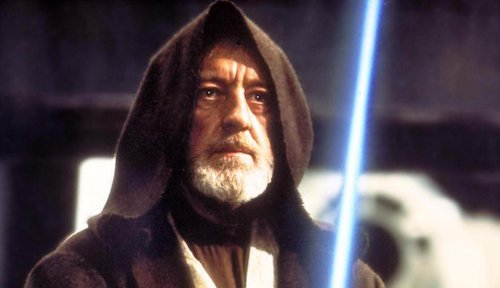 Use the force, Clauberg.

This digital reinvention, using Internet companies as a template, is deeply unsettling for workers in the telecom sector. Last year, Facebook generated about $27.6 billion in sales with only 17,000 employees. That works out at more than $1.6 million in revenues per employee. Deutsche Telekom's sales in 2016 were more than three times as much, but it needed a workforce of 221,000 employees to earn them. Productive next to some of its peers, the German operator fared poorly in comparison with Facebook, bagging only 331,000 ($389,000) per worker. Making that figure look more respectable portends a grisly cull of staff.

Any comparison between Facebook and Deutsche Telekom is not strictly fair, of course. One is a young and relatively asset-light online specialist that generates its sales entirely from advertising. The other is a former state-owned monopoly whose ageing copper networks snake like the tributaries of the Danube throughout central and eastern Europe.

Yet the stark contrast between them as communications players highlights the scale of the shape-shifting task that now lies ahead of Deutsche Telekom. Only through a process of "brutal automation" will the operator be able to pull it off, said Arash Ashouriha, Deutsche Telekom's deputy chief technology officer, in The Hague. His remarks hint at the carnage to come and the urgency of making it happen. (See DT: Brutal Automation Is Only Way to Succeed.)

The urgency is unsurprising. For several years, operators have been investing in software and virtualization technologies as they try to become more like the Internet companies that sometimes harm and at other times help their businesses. While the telco challenges mount, those investments have so far not delivered much value, industry executives including Ashouriha now admit.

Gloominess about the financial outlook for operators remains prevalent. "We still face exponential traffic growth and at the same time ARPU [average revenue per user] for traditional triple-play services is flat or even declining," said Clauberg. "We need to open new revenue streams but we also need to get better at radical approaches to capital efficiency."

Against this backdrop, automation has swiftly become the industry's latest buzzword. By taking advantage of the latest developments in software and virtualization, operators are now trying to build networks that can serve customers and address faults without intervention by engineers and technicians. Deutsche Telekom's bold vision is of "zero-touch network service management with no human involvement," said Ashouriha. To promulgate that message, it has been instrumental in setting up a new zero-touch industry group that will aim to spur industry-wide automation efforts, should it get the final go-ahead. (See Tribalism Is Rife in Telecom, Too, Martiny Cocktail? DT Exec Eyes ONAP & Zero-Touch Merger and Automation Gets Its Own ETSI Group.)

In their broadest sense, AI and machine learning could have an even bigger automation impact than virtualization. TIP's new AI working group, which will see the light of day next month, will look specifically at ways of improving network management through machine learning, according to Clauberg. But AI is also reaching into other parts of the telco business. Sweden's Telia Company has started using a software application from a startup called eBuilder that predicts when devices are about to malfunction and guides customers through self-care steps. Vodafone UK is using chatbots instead of people for some customer care activities. Both operators admit their moves have ramifications for staff numbers. (See Swedish Startup Is Helping Telia Automate Device Care for Customers and Chatbot Takes Charge: Vodafone's Customer Services Overhaul.)

RichardDT2P 10/18/2017 | 9:50:58 AM
Re: Knit necessarily Interesting post. It does make me wonder if there's a coming epiphany that eliminating all of the jobs is a bad idea? Not hard to imagine an AI developer knits <I knew I'd get it in there> a new way of processing that renders further programming unnecessary? Will they have the presence of mind to see their income disappearing and act accordingly? According to Bureau of Labor Stats, ~750k employees in Telco sector & 2.7M in IT. Society will look a lot different without all that tax revenue: less govt <wait, is that bad?>
Reply | Post Message | MESSAGES LIST | START A BOARD

Next week: Shakespeare on 5G -- I'll hold you to that
Reply | Post Message | MESSAGES LIST | START A BOARD

PaulERainford 10/18/2017 | 5:28:10 AM
Knit necessarily For a bit of literary, erm, light relief, here's novelist Joseph Conrad's take (sort of) on this automation malarkey:


"There is a – let us say – a machine. It evolved itself (I am severely scientific) out of a chaos of scraps of iron and behold! – it knits. I am horrified at the horrible work and stand appalled. I feel it ought to embroider – but it goes on knitting. You come and say: "this is all right; it's only a question of the right kind of oil. Let us use this – for instance – celestial oil and the machine shall embroider a most beautiful design in purple and gold". Will it? Alas no. You cannot by any special lubrication make embroidery with a knitting machine. And the most withering thought is that the infamous thing has made itself; made itself without thought, without conscience, without foresight, without eyes, without heart. It is a tragic accident – and it has happened. You can't interfere with it. The last drop of bitterness is in the suspicion that you can't even smash it. In virtue of that truth one and immortal which lurks in the force that made it spring into existence it is what it is – and it is indestructible!
It knits us in and it knits us out. It has knitted time space, pain, death, corruption, despair and all the illusions – and nothing matters. I'll admit however that to look at the remorseless process is sometimes amusing."