Ziply Fiber said it is pushing ahead with a fiber-to-the-premises (FTTP) network upgrade that will bring 1-Gig services to another 14 markets in Washington state and Oregon later this year.

This part of the deployment is focused on five towns in Washington (Arlington, Monroe, Oak Harbor, Skykomish and Stanwood), and nine in Oregon (Cove, Dayton, Elgin, Imbler, Joseph, Lafayette, Mill City, Myrtle Point and Silverton). This piece of the upgrade represents more than 38,000 new fiber-ready addresses once construction is complete, the company said.

Ziply Fiber, a company formed by the May 2020 acquisition of Frontier Communications' operations in Washington, Oregon, Idaho and Montana, announced a similar buildout for 22 markets in the spring. With everything tied together, Ziply Fiber has commitments to deploy FTTP to 52 markets in the region, along with a plan to improve the performance of its DSL network.

Those upgrades tie into a $500 million investment centered on a broader plan to upgrade 80% to 85% of Ziply Fiber's footprint to FTTP over the next three years, Harold Zeitz, Ziply Fiber's CEO, said. 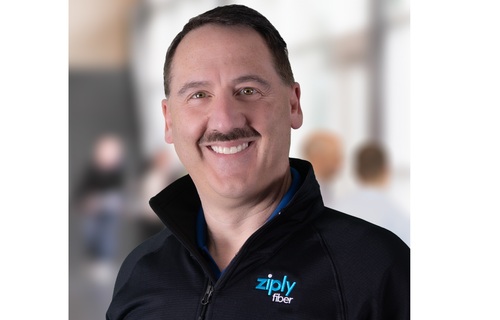 Ziply Fiber, he added, will also look beyond that initial footprint commitment with future edge-out deployments in adjacent areas. In additon, the company will explore its remaining footprint with alternative technologies, which haven't been shared in great detail yet.

The company will also continue to explore programs such as the federal Rural Digital Opportunity (RDOF) to fill in gaps (its take from phase I of the RDOF auction tallied $57.2 million to deploy in 21,336 locations in Washington, Oregon, Idaho and Montana). Ziply Fiber, Zeitz said, will look into public/private partnerships to help fund deployments in some rural areas that are relatively more expensive to reach.

Ziply Fiber serves about 1.7 million locations and employs about 2,000 people. About 500,000 locations were already served by fiber when Ziply Fiber acquired them from Frontier, and most of those legacy FTTP locations were originally built by Verizon Fios.

Keeping pace with construction needs and the supply chain

Zeitz said Ziply Fiber has largely been able to secure the construction resources needed for its buildout plan, and has likewise been able to sidestep much of the supply chain constraints being felt by telecom service providers and tech suppliers alike.

"As we go through areas, we are then able to move those [construction teams] to other areas," said Zeitz, an exec late of Wave Broadband, AT&T Wireless and McCaw Cellular. "We've made commitments to our vendor partners early on in this process, so we feel pretty good about having the resources that we need to do this at the pace that we want to  If you were to start now, it would be more difficult, because lead times are crazy long."

In its FTTP areas, Ziply Fiber is leading off with a symmetrical 1-Gig service for $60 per month, complemented by a symmetrical 200 Mbit/s service for $50 per month, and a symmetrical 50 Mbit/s offering for $20 per month. Ziply Fiber, which competes with major cable operators such as Comcast and Charter Communications depending on the market, is currently offering a free month of service, free installation and 90 days of Peacock Premium, an ad-supported version of the SVoD streaming service from NBCUniversal that regularly sells for $4.99 per month.

Ziply Fiber hasn't disclosed how well its new fiber-based services have performed so far, but "we're ahead of the penetration of our original plan," Zeitz said. He noted that the company, like other broadband providers, has been dealing with pent-up demand for broadband during the pandemic.

XGS-PON on the horizon

Expect Ziply Fiber to size up future services that deliver more than 1-Gig. The company is using GPON today, but is "fast approaching where everything will be XGS-PON," Zeitz said "We are preparing all of our network for XGS. The only difference will be the ONT that goes on the home. Everything else will be XGS-ready."

For now, incumbent cable operators are Ziply Fiber's primary competition. Zeitz views Starlink and other satellite broadband services as more of a complement than a threat, as fiber will clearly dominate in terms of pricing, speed and latency in the areas where it's available. But satellite broadband is certainly not devoid of opportunity in rural areas.

"I'm actually a fan" of Starlink, Zeitz said, noting he owns a cabin in an area that lacks access to wireline broadband service of any sort. "I'm signed up for the beta. I still haven't gotten on it."

Zeitz said he's keenly aware of the success certain cable operators have had with MVNO deals that enable them to attach mobile to the broadband bundle.

"It's something we keep an eye on," he said. "We'll decide at some point in the future if customers want it, if it's something that's necessary to do. But we've got quite a bit we're focused on now, so it's not our top priority."

Ziply Fiber's video strategy is focused on pointing broadband customers to various streaming options and promotional offers for services and streaming devices. The company also directs customers to Suppose TV, a site that helps consumers mix and match streaming services based on their needs and preferences.

"We literally don't make a dime on video," Zeitz said. "We're agnostic about it and what we really want is to give customers choice and control. They want the flexibility that you can get with streaming."