It's a new name and a revised game for Zoom Telephonics, the cable gateway and IoT product company that has been merged with device management and security software specialist Minim.

Starting with that name, the Zoom Telephonics brand is being dropped in favor of Minim, which wrapped up its merger with Zoom Telephonics on December 4. The decision makes a lot of sense. Though Zoom Telephonics was founded in 1977, it's abundantly apparent that another company called Zoom has rapidly scooped up most, if not all, of the brand recognition associated with the Zoom name. 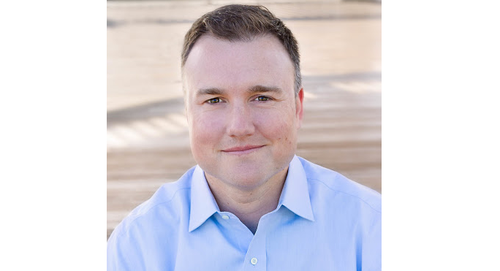 The newly combined company will start trading on the OTC market under the "MINM" ticker starting Tuesday (December 8), replacing the previous "ZMTP" ticker.

However, Minim will continue to develop and sell a range of consumer premises equipment (CPE) products, including cable modems and gateways, Wi-Fi routers and even cellular sensors, under the Motorola brand. The new Minim is effectively taking over a branding licensing agreement originally struck by Zoom Telephonics.

The general plan now is for Minim to market and sell a combo of hardware and management and security software to a wide range of markets and customers  directly to ISPs, at retail, and to enterprises. While Zoom has historically made its hay at retail and made multiple (but failed) attempts to gain traction with direct-to-operator sales, Minim has already had success selling its security and software products directly to more than 100 ISPs, including several that deliver service on fixed wireless platforms. Minim has also developed a product tailored for remote workers.

Tasked with tying this all together is Minim CEO Gray Chynoweth, formerly the COO of Dyn, the DNS specialist acquired by Oracle in 2016. He believes the pieces are there for the new Minim to serve this blend of retail, service provider and business customer markets.

"Fundamentally, it's the same product," Chynoweth said. "We feel like we are really well-positioned both for hardware and for software to leverage our core technology assets in three different, really massive markets."

Prior to merging with Minim, Zoom was a relatively small player in the DOCSIS CPE game. According to Dell'Oro VP, broadband access and home networking, Jeff Heynen, CommScope (which acquired Arris last year) remains the leader with about 29% of the market, followed closely by Technicolor's 28% piece. Netgear has about 3% of that market and a group of suppliers in an "other" category that includes the likes of Zoom/Minim, Hitron, Ubee Interactive, Sagemcom and Humax holds a combined 41% of total DOCSIS CPE units, according to Heynen. 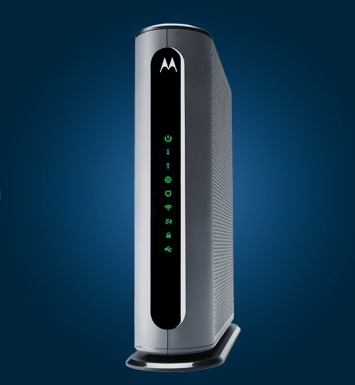 Zoom Telephonics focused primarily on retail sales, a model that represents roughly 15% of the cable modem distribution today (the vast majority of those devices are distributed and leased by cable operators), according to Heynen. Zoom has had little luck driving direct sales to cable operators, no doubt tripped up by past legal tie-ups with major MSOs such as Comcast and Charter Communications.

The new Minim hopes to change that.

While the company's new hardware/software product strategy should benefit those aims, Minim will also get some critical help in this area after appointing Sandy Howe, an exec late of Arris, Cisco/Scientific-Atlanta and Technetix, to its board of directors.

Howe's move to the Minim board "demonstrates that we are looking to take a collaborative approach to these [service provider] relationships," Chynoweth said. "We come open-minded about what we do and how we do it, knowing our core strengths."

In addition to building those cable operator relationships, Chynoweth is also hopeful that Minim's strategy centered on software and hardware will drive value beyond just product pricing.

"If you're coming in to service providers and cable operators and your argument is simply around cost ... I think that's always a challenging way to find a win-win. You're essentially saying I'm going to take less margin on this technology," he says. "Hopefully, we'll be in position as a combined company to come in with a value proposition around improving their operational performance with our software and delivering improved customer experiences and greater subscriber value."

Howe's addition was just one of several changes being made to Minim's board. While two board members, Peter Sykes and David Allen, have resigned, Minim has added Chynoweth; David Aronoff, GM at Flybridge Capital Partners and a board member of Draper Laboratories and BetterCloud; Dan Artusi, a board member of DOCSIS and Wi-Fi chipmaker MaxLinear, VisIC-Tech and GenXComm; and Elizabeth Hitchcock, Principal at Orbit Group.

The revised board and new leadership team give Minim a "new starting line of growth and execution," Chynoweth said.

The MaxLinear connection through Artusi should give Minim some added insight into how the DOCSIS landscape is changing, including developments around DOCSIS 4.0, a new set of CableLabs specs that will enable cable operators to deliver multi-gigabit speeds over their widely deployed hybrid fiber/coax (HFC) networks.

Minim confirmed that DOCSIS 4.0 is on its roadmap, but it hasn't announced product timing. Some initial D4.0-based prototypes are expected to emerge as early as next year.

Meanwhile, one of the latest DOCSIS 3.1-based products from Minim is the Motorola MG8702, an AC3200 4X4 wireless gigabit router. The MG8702 is available now at Amazon and Target, but the company says it will introduce it this quarter and into early next year to interested cable operators. A DOCSIS 3.1 gateway with 802.11ax (Wi-Fi 6) will launch sometime next year.

While Minim will trade on the OTC starting Tuesday, the company will weigh potential uplisting to a market such as the Nasdaq. "We are absolutely considering that as a strategic alternative," Chynoweth said.