Is tomorrow's global, satellite broadband network going to be led by satellites in low-, medium- or high-Earth orbit? According to SES CEO Steve Collar, the ultimate answer might very well be: All of the above.

"Our view of the future is multi-orbit. It's connected networks. It's cloud," said Collar. "We've been clear that we'll be multi-orbit and have a coherent network that will allow customers to move across our network." 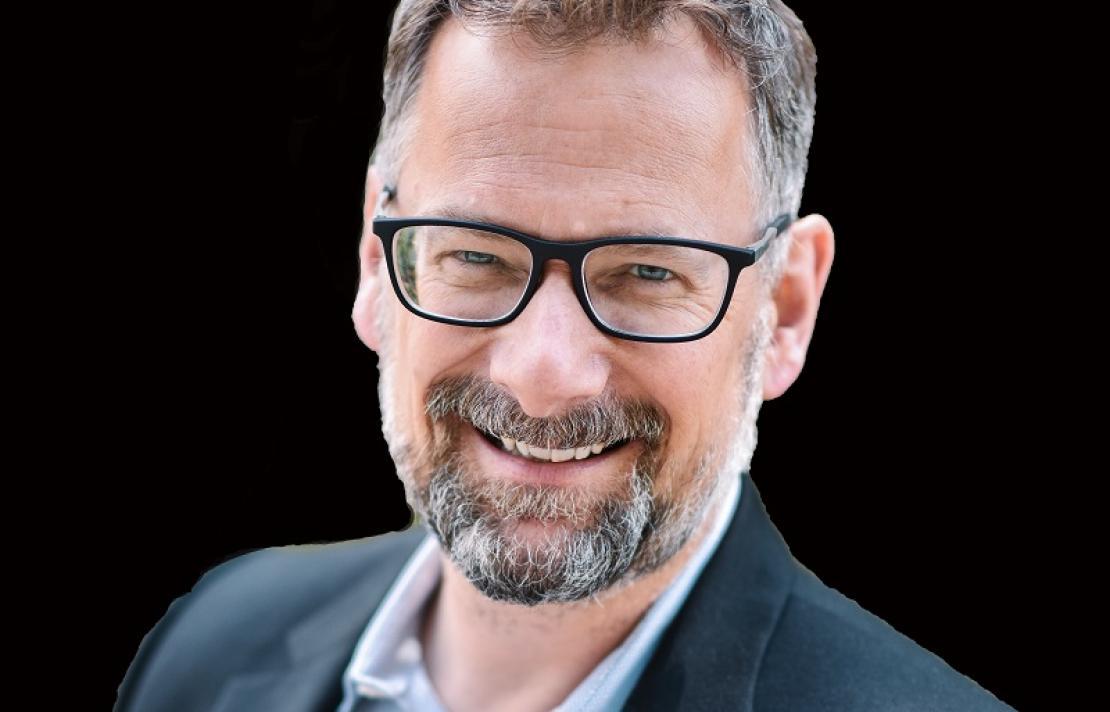 Steve Collar was appointed CEO of SES in April 2018. The satellite industry vet previously was CEO of O3b Networks, which SES acquired in 2016.
(Source: SES)

SES's evolving satellite network will largely focus on its existing geosynchronous (GEO) high-Earth orbit satellites along with an expanding fleet of medium-Earth orbit (MEO) satellites. Despite the hype being fueled by Elon Musk's ambitious Starlink initiative, Collar is not a huge fan of massive constellations of low-Earth orbit (LEO) satellites, but isn't completely ruling LEOs out of SES's final equation (more on that later).

While video still represents about 60% of SES's business, the company views the smaller networks/connectivity portion of its business as a significant growth engine as the company works to expand a MEO satellite fleet that will scale up capacity, deliver faster speeds and produce lower latencies than SES's legacy platforms.

SES's expanding MEO constellation, orbiting at a distance of about 8,000 kilometers, will be 100% focused on data services for the enterprise sector, covering markets such as government, aviation and cruise liners. Though the cruise and aviation markets have been slowed by the pandemic, SES is still seeing strong growth among government customers and fixed data connectivity for rural areas, said Collar.

For now, SES is not focusing on direct-to-consumer residential broadband  a market already being served by satellite companies such as Hughes Network Systems, Viasat and, soon, Starlink.

"You're not likely to see an antenna from SES deployed on the side of a house," Collar said. "We think the economics of that business and that market is pretty challenged. It's not a market we're excited about on a global basis."

But SES is excited about the enterprise markets it will continue to pursue using a new fleet of MEO satellites that make up its more powerful, next-gen "O3b mPOWER" network.

Complementing SES's "classic" O3b constellation of about 20 MEO birds, the new O3b mPOWER platform will start to take shape in 2021, with beta service anticipated by mid-2021 followed by a full commercial service launch in 2022. 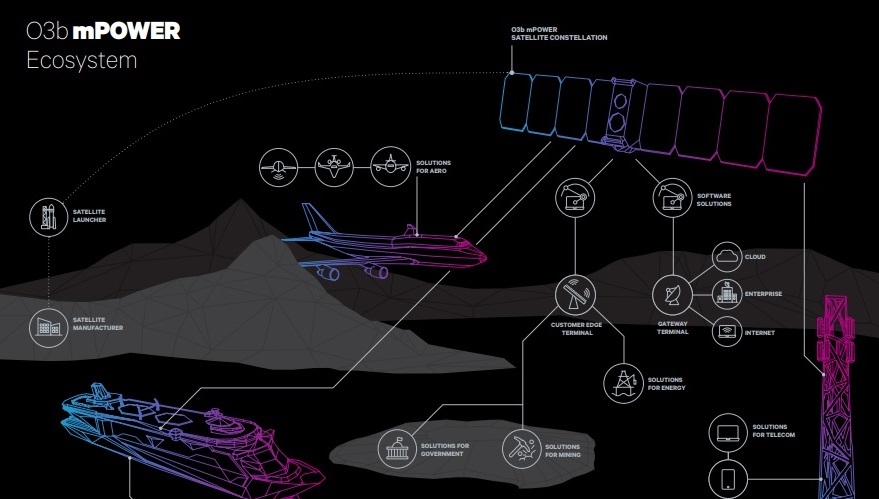 SES believes O3b mPOWER, a medium-Earth orbit constellation expected to reach the commercial launch stage in 2022, will bring massive scale to the global enterprise market that SES serves. Please click here for a full-sized version of the chart.
(Source: SES)

Collar said the new platform will support more than 1 Tbit/s across the network, enhancing the capacity of SES's overall MEO operations by about 5x.

That, for example, will put SES in position to deliver up to 10 Gbit/s to a cruise ship, enterprise customer or even to an under-connected city or town, versus capacities somewhere in the range of 500 Mbit/s to 1 Gbit/s today.

The new system will be scaling in other ways. SES's legacy constellation of 20 O3b satellites in medium-Earth orbit supports about ten beams each. The new O3b mPOWER platform will support about 5,000 beams per satellite. So, instead of delivering service to ten locations per satellite, SES will be able to deliver service simultaneously to thousands of locations and dive deeper into the enterprise services market, Collar said.

SES will launch an initial batch of seven Boing-made satellites for O3b mPOWER, which compares to the thousands of LEO satellites required to provide similar coverage. Additionally, GEO and MEO satellites are made to last longer than LEOs  on the order of ten to 20 years for GEOs and MEOs compared to maybe five years for LEOs.

SES estimates that it can deploy its initial O3b mPOWER fleet for a little more than $1 billion, which compares to the multi-billions that LEO constellations will require. "The economics are just completely different," Collar said.

Reservations about the LEO business case
While Musk's SpaceX is a key partner for the delivery of SES satellites into orbit, Collar has reservations about the economic viability of LEO-focused residential platforms, such as Starlink's. He says the recent bankruptcy of OneWeb, a LEO satellite company with backing from SoftBank and Qualcomm, is a clear reflection of the challenges faced by a still-unproven business model that will require not only thousands of satellites but also low-cost terminals.

"Overall, you have to dig such a big hole in terms of capital to deploy the satellites and the capital to roll out antennas that to be profitable  is really challenging," he said.

So, it's no surprise that SES is steering clear of LEOs for now. But Collar allowed that LEOs could play a role in future architectures and complement  not drive  the company's broader multi-orbit strategy centered on GEO and MEO satellites.

"We think there's a place for [LEOs], but it won't be a multi-thousand satellite network," Collar said, acknowledging that the use of LEOs is referenced in some of SES's filings for applications to serve rural broadband.

Collar said he's also keeping an eye on how SES might have a "relevant" role to play in the Rural Digital Opportunity Fund (RDOF), an extension of the Connect America Fund (CAF) that will provide $20.4 billion in funding over a ten-year period to support broadband networks in rural US communities.

Given that RDOF is heavily focused toward terrestrial connectivity, but not exclusively so, SES could seek out ways to partner or complement what others are doing with the initiative in areas such as backhaul instead of providing a dedicated service from SES focused on the RDOF initiative. "We haven't completely concluded our position there," Collar said.

Courting the cloud for network cohesion
As multi-orbit constellations are core to SES's grand plan, the company is also determining how its constellation of GEO, MEO and (potentially) LEO satellites can work together as one cohesive network while also integrating and complementing terrestrial networks.

Part of that effort centers on a partnership with Microsoft and its Azure ExpressRoute platform. By collocating its satellite gateways with Microsoft facilities, SES will provide global reach to Azure customers via its GEO and MEO constellation, able to connect sites in rural and underserved locations as well as to ships at sea and airplanes that previously did not have access to cloud services.

The expected result will break down the silos between the GEO and MEO satellites and allow customers, including airlines and government partners, to tap into SES's full constellation of satellites from around the world.

"The whole point here is we can be interoperable," Collar said, adding that SES is also leaning on the telco-focused ONAP (Open Network Automation Platform) to accomplish this.