T-Mobile & Sprint: Marriage made in hell

Wild-haired, wild-eyed, and preferring a pink T-shirt and leather jacket to the usual business attire, T-Mobile US CEO John Legere looks the antithesis of corporate America. For several years, he has lived up to the image. An uncontrollable nuisance for US telecom dignitaries AT&T and Verizon, or "dumb and dumber," as he prefers to call them, Legere has blown up the model of convention and danced cackling on the wreckage.

This has paid off nicely for the US consumer. T-Mobile's service and pricing innovation has forced dumb and dumber to get smart. Its desire to build a state-of-the-art 4G network, and planning for a 5G successor, have kept bigger rivals on their toes. Having once trailed Europe in mobile, the US is today at the forefront of the industry, poised to launch 5G services later this year.

The Wild Man of US Telecom 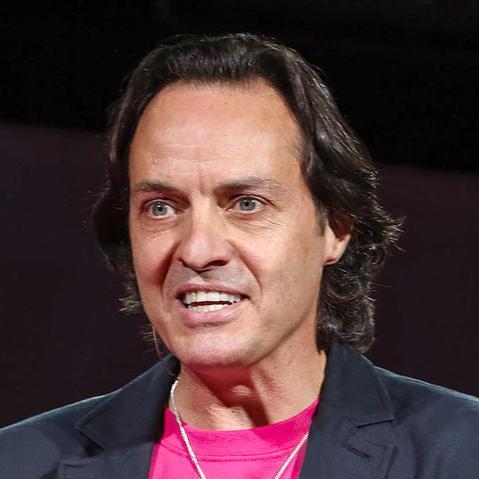 John Legere, the CEO of T-Mobile US, would lead a mobile operator serving 127 million customers should authorities approve a merger with Sprint.

This golden age of US telecom is now under threat. Following several days of press reports, T-Mobile US Inc. confirmed at the weekend plans for a $26 billion, all-stock merger with the ironically named Sprint Corp. (NYSE: S), which it has overtaken in the last few years to become the number-three mobile operator by customer numbers. If the plans go ahead, Legere will lead an enlarged entity with more than 126 million customers, behind AT&T Inc. (NYSE: T) with 142 million and Verizon Communications Inc. (NYSE: VZ) with 150 million. (See T-Mobile to Buy Sprint for $26.5B to Create US 5G Powerhouse, T-Mobile, Sprint Agree to Merge and T-Mobile, Sprint Close to Merger Deal  Reports.)

Legere's wild-man looks may remain. But just as a buzz-cut robbed the biblical Samson of his legendary strength, so the corporate makeover of a merger could tame the long-haired Legere. Instead of poking fun at his rivals, and concocting devilish schemes to poach their customers, he will have to prioritize the far less glamorous job of integrating two businesses that look very different from both a cultural and technology perspective. The days of fleet-footed growth, of being an incorrigible irritant to AT&T and Verizon, may be numbered.

Why does the country's most dynamic mobile network operator want to marry its most knock-kneed? Germany's Deutsche Telekom AG (NYSE: DT) and Japan's SoftBank, the respective majority owners of T-Mobile and Sprint, argue that an alliance will give them muscle in the fight against AT&T and Verizon. They also point to the investment needs of 5G: Going solo, each might struggle to build the nationwide 5G networks that may prove economically vital in future.

In that regard, this seems like a far better deal for Sprint than it does for T-Mobile. While the SoftBank Corp. subsidiary has been adding customers in recent quarters, it appears to have drawn interest mainly through price-cutting. For its third quarter, ending in December last year, average monthly revenue per user at its contract business fell about 9%, to $45.13, compared with the year-earlier figure. In the meantime, net debt works out to be around 2.9 times Sprint's earnings (before interest, tax, depreciation and amortization) in the 2017 calendar year, a level that looks high even by comparison with Europe's debt-burdened incumbents. The merger deal would put Deutsche Telekom outside its debt comfort zone for several years.

Following its acquisition of 600MHz spectrum last year, T-Mobile already believed it had the resources to build a nationwide 5G network by 2020, or so Legere said. But Sprint comes with a swathe of spectrum in the 2.5GHz band, which could provide some fuel for higher-speed services. What's more, there have been signs of a slowdown in customer growth at T-Mobile. That might also have driven Deutsche Telekom to more seriously look at a merger. (See Is T-Mobile's 5G Plan Just a Pipe Dream?)

By saddling Deutsche Telekom with debt, and ensnaring T-Mobile in an integration trap, that deal could be one the German operator eventually comes to regret. For just about everyone else apart from Sprint and a few rich men, it would be instantly regrettable.

Next page: End of the golden age

mendyk 5/2/2018 | 1:54:14 PM
Re: Increasing competition The comments from the TMob CEO so far have been aimed at one particular individual who's seen as being the Great Decider on whether this proposed merger happens or not. More jobs. We beat China in 5G. Prices will go down. Etc. None of this has to be true -- and you can make a pretty strong case that none of it will pan out. It just has to get past the scrutiny post.
Reply | Post Message | MESSAGES LIST | START A BOARD

DanJones 5/2/2018 | 12:26:34 PM
Re: Increasing competition Legere said it himself on the call, so take that as you will. They did admit that there would be some eventual re-org but that the combined company (200,000 employees in the US right now) would be much bigger by then.

I find it hard to believe there won't be any job cuts when they combine existing Sprint and T-Mobile stores in city areas though, just seems highly unlikely.

mendyk 5/1/2018 | 4:49:21 PM
Re: Increasing competition Sounds semantical. The combined three and four would be more competitive with one and two, but arithmetically there is less competition. So, no.
Reply | Post Message | MESSAGES LIST | START A BOARD

Clifton K Morris 5/1/2018 | 4:42:34 PM
Re: Increasing competition A Director for The Washington Center for Equitable Growth is referencing HHI as a fair justification for this to be blocked:

"First, merger is presumptively illegal under the 2010 Merger Guidelines. Based on data from Statista, (reference: https://www.statista.com/statistics/199359/market-share-of-wireless-carriers-in-the-us-by-subscriptions/ ) HHIs will go from 2825 (already a highly concentrated market) to 3258. The 400+ increase more than double what triggers presumptive illegality.

It still begs to ask why legal counsel at these companies allowed them to pursue merging.
Reply | Post Message | MESSAGES LIST | START A BOARD

Mitch Wagner 5/1/2018 | 2:38:24 PM
Increasing competition I saw a comment on this - and I can't remember or find the source - that this merger would actually increase competition.

Most mergers reduce competition and are bad for customers. But in this case, we have a field of two giants and two much smaller companies. Post-merger, there would be three companies of comparable scale. More competition, not less.

What do you think?

mendyk 5/1/2018 | 2:06:33 PM
Re: Big risk that could pay off appropriately Also, a business merger doesn't mean that the two networks magically become one. So T-Mob users can expect to enjoy at least a few more years using their phones in the great outdoors. Even if Mr. Legere suggests otherwise.
Reply | Post Message | MESSAGES LIST | START A BOARD

Michelle 5/1/2018 | 1:59:34 PM
Re: Big risk that could pay off appropriately "...it could well mean better reception inside buildings for T-Mobile customers, so that sounds pretty dandy to me! ;)"

I'm sure this is buried deep in the purchase documents...

FbytF 5/1/2018 | 9:16:46 AM
Merger Headcount I agree with your comments about a headcount reduction, most mergers involve a reduction based on redundancies in operations. But T-Mobile/Sprint is saying they will actually add headcount, thousands of new jobs. See attached video. https://www.youtube.com/watch?time_continue=66&v=1nsbmtwMrgY

Could just be paving the way for regulatory approval.
Reply | Post Message | MESSAGES LIST | START A BOARD