Trump's 5G Plan Is Not as Bonkers as They Say

A leaked US government proposal to "nationalize" 5G has been widely derided as far-fetched and unworkable. It is also "outdated," according to a follow-up report from Recode that cites government officials. But any occupant of the White House who tweets that he will build a wall on the Mexican border paid for by Mexicans, and that his nuclear red button is bigger than North Korea's, would surely countenance a clash with the US telecom industry. (See Trump on 5G: It's a 'Gamechanger', Nationalize 5G in the US? LOL, WTF?! and Trump Could Nationalize 5G  Report.)

Opposition from and lobbying by US operators means any such 5G plan would risk being stillborn. And the seeming rationale for it -- that China could exploit vulnerabilities in privately owned networks to carry out cyber attacks -- is dubious, to say the least.

But unlike Trump's border wall and nuclear braggadocio, the notion of building one nationwide 5G network carries merit -- just not for the reasons outlined in the government documents.

Keeping Out the Chinese 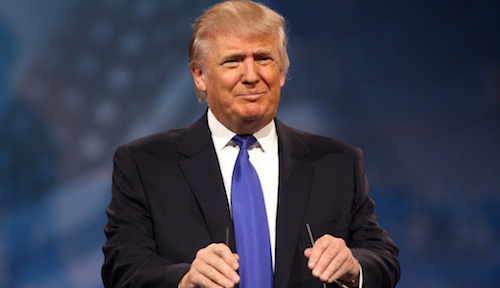 Donald Trump's administration is not seriously considering a "nationalized" 5G network, but maybe it should.

It is not such a far-fetched notion, either. Outside the US, a number of countries have developed national broadband plans that envisage the construction of a single, high-speed network used by a multitude of service providers. In some countries, those plans have already been implemented.

The logic is undeniable. Like railways, roads and national energy grids, telecom networks are costly to build, economically (and strategically) important and used by nearly everyone as a basic utility. Countries outside the US have already shown that networks can support more than one service provider.

No one in their right mind would ever consider building three or four railroads or freeways in parallel. So why build three or four 5G networks covering the same landmass?

In the past, proponents of infrastructure-based competition might have argued that a single network would suffer under-investment and neglect. The prospect of losing customers to rivals offering higher-speed connectivity and better coverage drove operators to make improvements. Infrastructure competition has also lessened the need for pricing regulation. Consumers and business users have benefited.

But if fiber and 5G technologies are as "future-proof" as their developers claim, this argument loses much of its force. A network that can support multi-gigabit-speed services should not require modification or improvement for many years. Using a technique called "network slicing," which allows an operator to provide different types of virtualized network service over the same infrastructure, a 5G network should be able to handle any service the market throws up. There has even been the suggestion that "6G" will never happen if 5G lives up to its promise. (See When Will 6G Arrive? Hopefully Never, Says BT's McRae.)

If it does, and networks eventually become pervasive, there will be little to gain from trying to compete on infrastructure terms. The focus will shift to customer service, digitalization, even further automation, if that leads to a better customer experience. This change is already happening in some markets.

Grossly inefficient
Building several 5G networks in one country is a grossly inefficient use of resources. Nobody would run multiple sewer lines or gas pipes into the same property. And 5G could be as capital-intensive as infrastructure rollout gets. Estimates have put the cost of building a nationwide 5G network in the US at anything between $25 billion and $300 billion, depending largely on the frequencies that operators use. If AT&T Inc. (NYSE: T), Verizon Communications Inc. (NYSE: VZ), T-Mobile US Inc. and Sprint Corp. (NYSE: S) all duplicate one another's nationwide efforts, those estimates imply 5G spending of at least $100 billion. (See T-Mobile 5G Plan Could Drive Capex to Record Highs and The Growing Pains of 5G.)

US operators have already shown they are not averse to infrastructure sharing. So-called towercos and fibercos like Crown Castle International Corp. (NYSE: CCI) and American Tower Corp. (NYSE: AMT) have already taken ownership of mobile sites and the fixed lines that connect them. They now rent capacity on that infrastructure to all of the main service providers. In Europe, there is growing interest in replicating this model. Bruno Jacobfeuerborn, the CEO of Deutsche Telekom AG (NYSE: DT)'s towers subsidiary, has said more infrastructure sharing may be needed to keep 5G spending in check.

A fully "neutral-host" model would take this approach a step further. As advocated in the leaked US government documents, it would mean that a policymaker oversees the rollout of a single wholesale network open to all retail players. Those operators would compete on the basis of customer service and experience, as may ultimately happen anyway.

Unfortunately, countries that have tried this have not had the most favorable outcomes. The most famous example can be found in Australia, with its hugely controversial National Broadband Network initiative. That has seen authorities take control of the private sector's network assets, forcing Telstra Corp. Ltd. (ASX: TLS; NZK: TLS) and Optus Administration Pty. Ltd. to relinquish their broadband infrastructure role. A government-backed entity called NBN Co Ltd. is building a nationwide wholesale network that all retailers can use. But it has been a huge drag on public sector funds, and stands accused of overcharging and underperforming. It is also subject to political interference. As a consequence, it is less technologically ambitious than when it was originally conceived. (See Australia's NBN Plots Gfast Launch in 2018, Blames RSPs for Network Issues.)

But this does mean not the NBN is doomed or that a neutral-host model cannot work effectively. The devil is in the detail, says David Wright, an independent consultant who has advised Europe's national regulatory authorities on broadband issues. "You need a deal where you build the network based on selling future capacity at fixed prices to three or four big players," he said during a previous conversation with Light Reading. "You use that to generate the investment stability." (See Europe's Backhaul Black Hole Looms Above 5G.)

Despite the attractions of infrastructure sharing, and the leaked government proposal, the US seems unlikely to attempt anything more ambitious. Ajit Pai, the current head of the Federal Communications Commission, is against it, for one thing. Moreover, unlike in Europe, authorities have shown little appetite for any "open access" regulations affecting the last mile. A knock-on effect is that AT&T and Verizon are more dominant than national operators elsewhere, and would not cede ground without a fight. And US citizens seem likelier than many Europeans to balk at moves that smack of "big government."

A neutral-host model is clearly no kind of 5G panacea, and it should certainly not be considered as the answer to any cybersecurity threat from overseas. But it should not be dismissed outright for political reasons or as overly disruptive. Automation and software will create far more disruption, and yet some of today's most innovative carriers are confident of becoming asset-lite software companies in future. In many ways, the neutral-host model is a snug fit for that reinvention.

Let's call the city New York and note that many people have some amount of fiber in places and that nobody has the entire city covered.

Now how about Lexington,

There are 115 cities with city population of 200K+ over 300 with 100K+.  The market will create a mess of deployments and city obligations and really slow things down post the top 10 - 15 markets.

Initial rollouts maybe next year - Fixed Wireless with high speeds.  Mobile...not so sure.  I think the question is when will those 300 cities have better coverage and better overall speed than 4G.  10 years from now?

Duh! 1/30/2018 | 12:48:19 PM
Re: Speed though? Craig Moffet has a hypothesis that the market will take care of it. The idea is that whoever gets converged fiber to a city first will wholesale it to the competition, whether as slices, VLANs, wavelengths or dark fiber. The competition won't have a business case to build in that city, but will do so in another city instead.
Reply | Post Message | MESSAGES LIST | START A BOARD

Carol Wilson 1/30/2018 | 11:15:43 AM
Re: Speed though? In theory, one network is a great idea. It was something proposed decades ago for landline networks, even as wireless usage was beginning to take off. The most investment-intensive part of the network should naturally be shared, and if you had one company -- not the goverment, but a goverment-approved entity with the technical expertise -- that made its money from providing that network to everyone, it could be doable.

But I fear the ship has long sailed on that idea. Windstream has, to some extent, tried to do this by spinning off its assets into a REIT. But I haven't seen any further interest from other operators in that approach.

I think the markets are too entrenched at this point, which is unfortunate, really. Because it would make a bunch of sense to take a unified approach.
Reply | Post Message | MESSAGES LIST | START A BOARD

DanJones 1/30/2018 | 10:54:57 AM
Speed though? 5G is supposed to happen soon though. The FirstNet process doesn't exactly inspire confidence that govt. could build out a network at any kind of rapid clip.
Reply | Post Message | MESSAGES LIST | START A BOARD
EDUCATIONAL RESOURCES