You might've thought, with 12 days till another president, economic relations between Beijing and Washington would be full of smiling optimism. They aren't.

A president who can't even post on Facebook has still managed to provoke what could be a long-run economic rift. 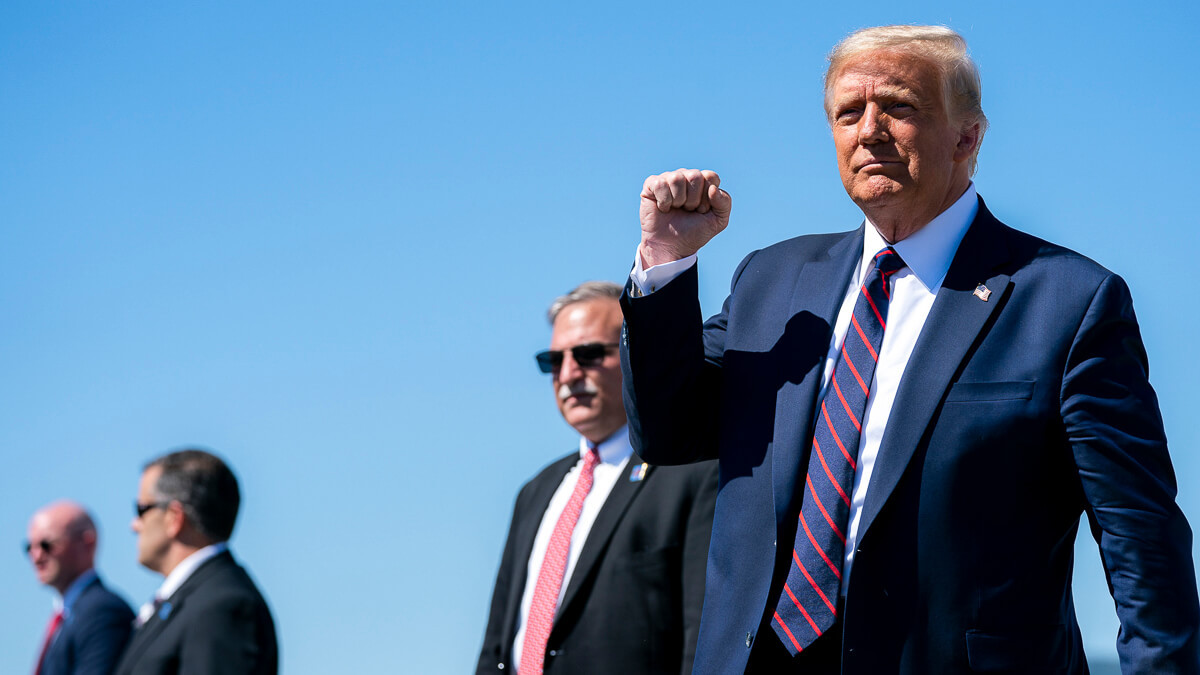 Parting shots: Despite having more pressing issues to worry about in the dying days of the Trump presidency, bans on Chinese tech companies continue. (Source: White House)

The decision followed some flip-flopping, amid regulatory uncertainty, and pressure on NYSE President Stacey Cunningham, in a Tuesday telephone call from the soon-to-be-ex US Treasury Secretary Steven Mnuchin. In the delisting's fall-out, indices, including S&P Dow Jones, MSCI and FTSE Russell, have said they will now remove the Chinese telecoms companies from indices like FTSE Rusell's Global Equity Index and China A Inclusion.

And this, in turn, has made passive investing funds that follow the indices engage in a massive sell-off of the Chinese telecoms stocks. The three firms dropped a combined $5.6 billion of market capitalization in their Hong Kong listings on Friday.

The US behavior towards the Chinese telcos is arbitrary and will undermine US interests, Chinese foreign ministry spokeswoman Hua Chunying said on Friday.

Meanwhile, there are reports the Trump administration is considering adding Alibaba and Tencent to the blacklist. Other Chinese companies are also being discussed, though a counter-argument is that such wider moves would also hurt US investors.

A Donald Trump executive order which takes effect on January 11 prohibits transactions in securities "of any Communist Chinese military company" by "any United States person." Hence the stock market delistings.

Whether or not a business is a "Communist Chinese military company" or not is up to the US Secretary of Defense to determine.

For the next twelve days, this up to is Christopher Miller, now acting secretary, who has kept the Pentagon's list here. Trump had fired the previous Defense Secretary, Gulf War army veteran Mark Esper, on Twitter after Mr. Esper opposed deploying active-duty military troops during protests against US police brutality.

Worries from a wacky Washington

Trump has done much this week to stamp a lasting mark on US China policy before President-Elect Joseph Biden's administration takes over on January 20. The departing president appears keen to expand his legacy beyond encouraging Viking horn-wearing QAnon supporters like Jake Angeli to occupy the US Congress. (British Jamiroqui singer Jay Kay was forced to deny on Twitter he was in the US Capitol building.)

But China's state-run Global Times has said Biden's choice of Commerce Secretary, Rhode Island governor Gina Raimondo, may "ease China-US trade tensions." Ms. Raimondo worked in venture capital before entering politics, and as governor she once said , at a US national governor association conference in 2017, she hoped the two countries could broaden their areas of cooperation.

In the absence of more substantive signs from the incoming administration, Beijing and other capitals are picking over every past public utterance of his cabinet choices so far. Beijing though will pin more of its hopes on Biden's choice as US Trade Representative, which it notes "holds the most weight in China-US economic cooperation."

Most observers polled by the Harvard Business Review think the Biden administration will roll back some of Trump's restrictions on Chinese tech firms and pursue a less combative trade policy. Going too far in this direction may expose him to China hawks in the Republican party, whose lingering strength will be one of the lasting legacies of Trump's term.

But at this point, it's all reading tea leaves.