Time for some actual rules on China tech trade

Another day, another Chinese company under the gun.

President Trump told a weekend press conference that after banning TikTok he would turn his attention to other companies; he did not rule out cloud and e-commerce giants like Baidu and Alibaba. 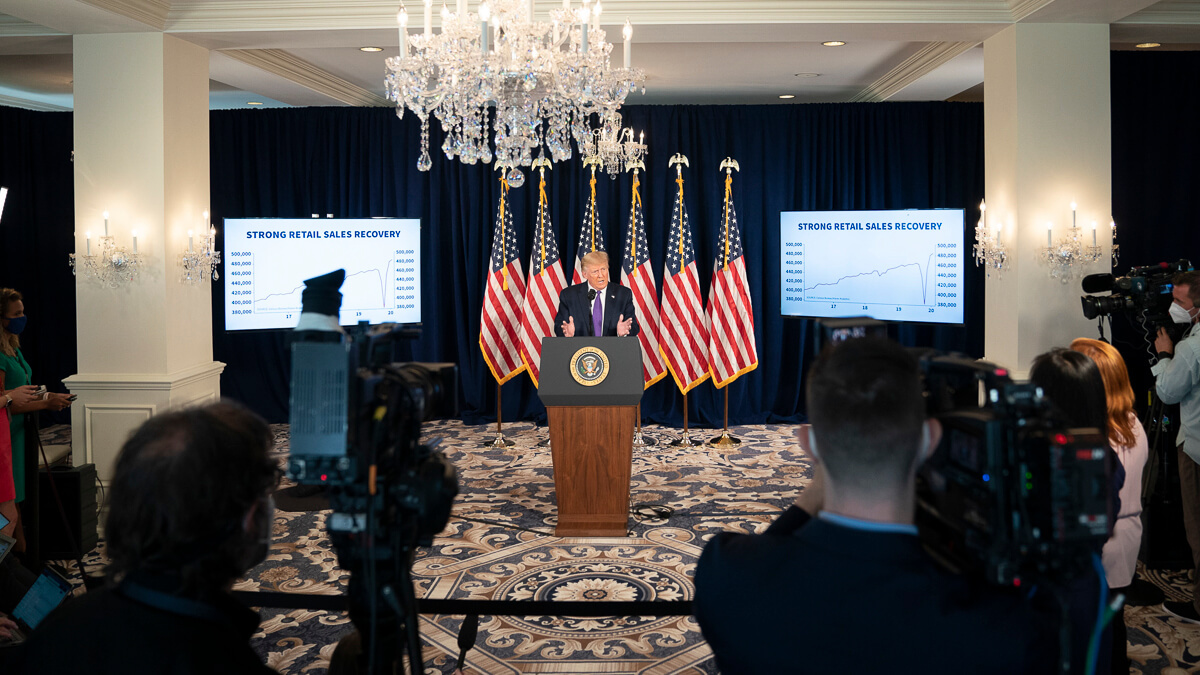 Roving eye: President Trump made it clear he is looking beyond TikTok and Huawei speaking at a press conference in Bedminster, New Jersey.

You don't have to be a Washington insider to understand this as a pre-election play to arouse supporters.

There may not be easy solutions for the tech issues between the US and China, but this is doubtless the worst way to deal with them.

US authorities would be rightly furious if Beijing starting picking out American companies one by one for punishment.

Instead of the impulsive targeting of specific firms we need consistent, principle-based rules and practices.


Private lives Trump and Secretary of State Pompeo are at least correct to point out that TikTok and WeChat pose security threats to users in the US and elsewhere.

In the wake of the new Hong Kong security law, which threatens penalties for "subversive" online activity anywhere in the world, Beijing's ability to weaponize its access to sensitive user data becomes even more acute.

But this vulnerability is not a problem unique for Chinese apps. As digital rights group Access Now argues: "Like most social media applications, these services collect too much user data under too vague terms. But that broader problem requires comprehensive data protection regulation, not arbitrary and politicized targeting of foreign-linked services."

So the first defense is a comprehensive data protection regime, as the GDPR rules have provided for European users. Clear privacy rules should favor telcos, too, who aren't generally in the business of monetizing user data.

And they might include some bedrock principles, such as the right for users to know not only what personal data is being collected but also how it is being used.

But new rules on their own won't be enough.

Just as the complexity of the telecom industry requires its own regulator, the scale of the digital economy requires a strong body to oversee critical internet issues.


Under scrutiny One task would be to defend users against China's expanding system of censorship.

A Citizen Lab study three months ago found that communications among non-China WeChat accounts are now "ubject to pervasive content surveillance" and that Tencent's explanations were vague and unsatisfactory.

It requires a statutory body to examine these issues and make a ruling. If a foreign Internet company can't explain why its users are being censored or surveilled, it may have to forfeit its presence in the market.

The other part is the market access and competition issues.

These have never been a priority for the current administration, which is bent on economic separation from China. But a great deal of US-China trade, digital or not, has no security or political impact so why get in its way?

At the moment it appears a lost cause for telecom services, with the administration determined not to even allow China cables to land in the US, and vice versa.

This is not a long way from the China view, where only state telcos are permitted to own and operate telecom infrastructure.

It's a long road back for telecom and cloud providers, but setting some clear rules for the road is a start.